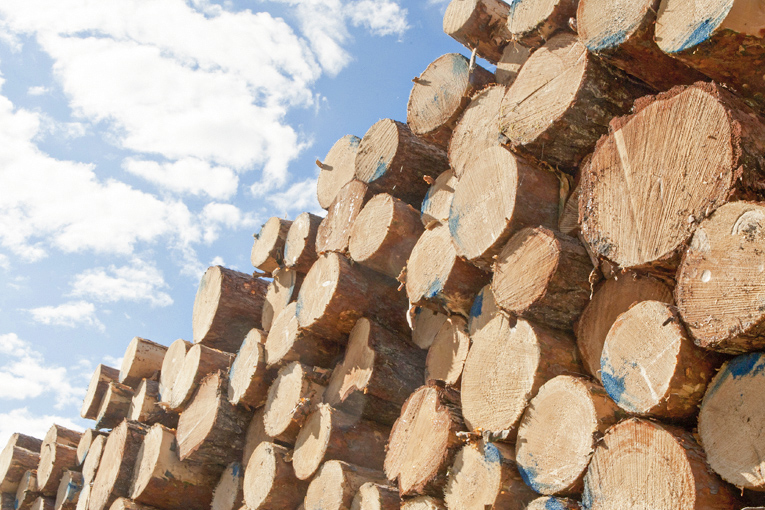 We listed six projects by which the forest industry reduces its carbon footprint.

One of the tissue paper machines at Metsä Tissue’s Mänttä mill was renovated, lowering its energy consumption per metric ton of paper produced by about 15 percent, the parent company Metsä Group reported in September.

The machine’s production capacity increased by 15 percent. The machine is used to make tissue paper products based on fresh fibre, mainly for the domestic market.

The mill will also start the production of unbleached pulp, whose carbon footprint is one fifth smaller than that of bleached pulp.

In May, the company reported it will renovate the chemicals recovery line at its Kaukopää pulp mill in Imatra, eastern Finland. The renovation will improve energy efficiency and increase the share of biofuel to replace fossil fuels.

In June, Stora Enso announced a project to renovate the driers of the paperboard machine at its Ingerois mill. The energy source was switched from natural gas to electricity, which will reduce the mill’s carbon dioxide emissions by about a fifth.

At Varkaus, the washing equipmentof brown stock will be renovated. This will bring savings corresponding to the annual heating bill of about two thousand mid-sized single-family houses heated by electricity.

The combined value of these investments is over EUR 60 million.

Renewable polyurethane for footwear and textiles

South Korean Dongsung Chemical and Germany-based UPM Biochemicals are developing a renewable polyurethane for footwear for the Asian market. The results will also be used later for materials for automotive interiors and adhesives.

The product uses bio-based monoethylene glycol (MEG) and is calculated to reduce Dongsung’s carbon emissions by at least 70 percent, compared to fossil MEG.

Production of the bio-based monoethylene glycol will begin towards the end of 2023 in Leuna, eastern Germany. The value of the investment is EUR 750 million.

Taken into use in late autumn, the plant generates energy for the mill and feeds the surplus into he national grid. It also contributes to stabilising the German energy system.

UPM aims at reducing its carbon dioxide emissions by 65 percent by 2030.

In late November, Stora Enso announced it will reintroduce log driving to transport timber to its mills, after a break of 14 years.

The company says that floating the logs along waterways will reduce the carbon dioxide emissions from transport by up to 75 percent, compared to rail and road transport.

Log driving is a traditional method of transporting timber across the lakes in eastern Finland. Thanks to the timber being storaged in water, the method also prevents the spread of bark beetles, which cause forest damage.

The presence of logs will also improve the environment of water-filtering microbes, in the same way as in the biological water purification plants at mills.

The sawmill is the first building to be constructed using these sandwich-like hybrid elements. The elements are installed in the same way as conventional wall elements made of concrete. The wood component forms a carbon storage, and thanks to the lighter weight of the element, costs are saved in both installation and transport.

The elements were produced by Lipa-Betoni in Pieksämäki, eastern Finland. Metsä Fibre’s Rauma Sawmill uses pine as raw material and is the largest ever sawmill investment in Finland, with a value of about EUR 260 million.