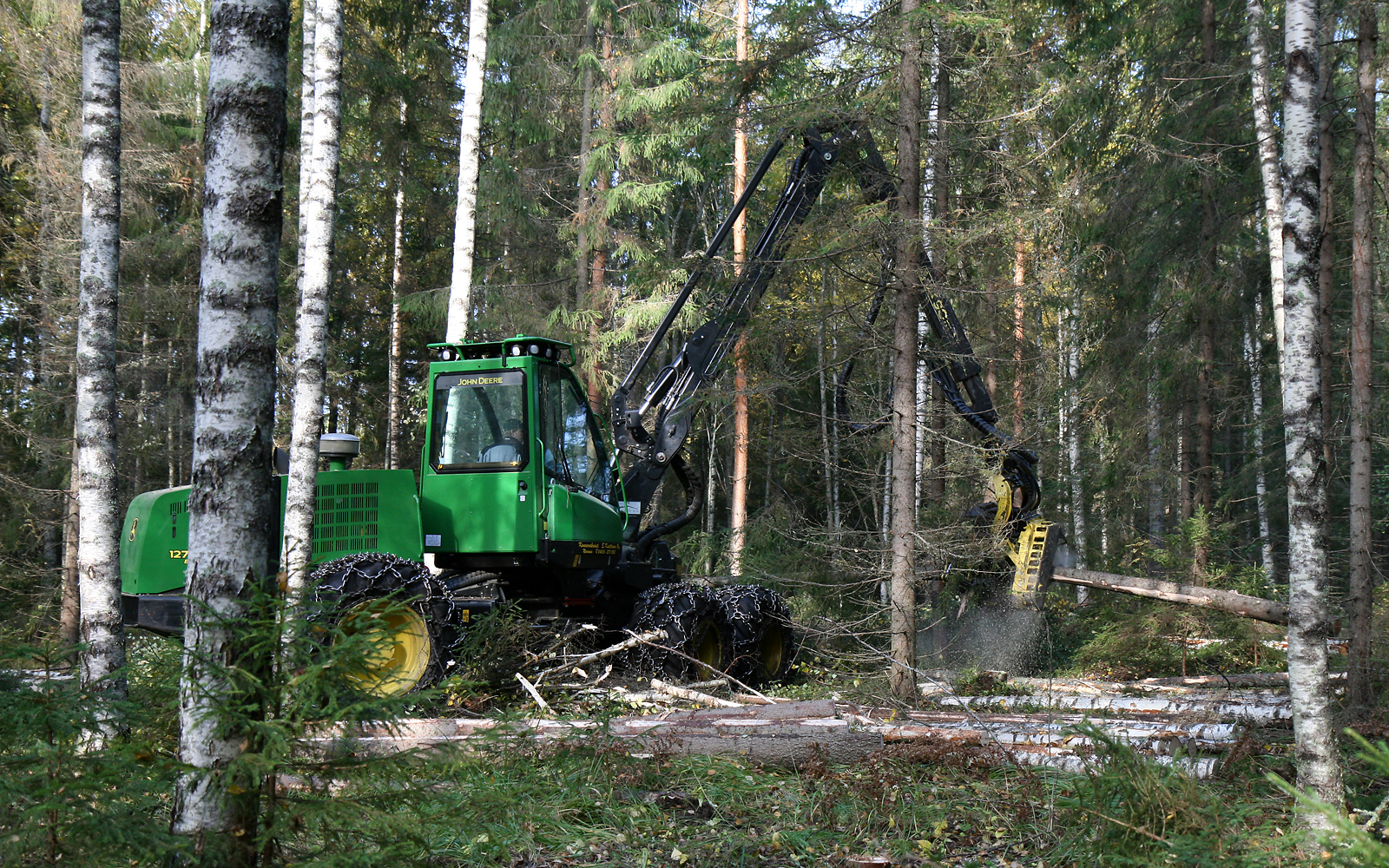 According to two international teams of researchers, fellings in Europe have only increased slightly in recent years. This is counter to the EU’s Joint Research Centre’s report saying they have increased by 69 percent. News of the heavy increase in harvesting spread rapidly last summer and had a direct impact on political debate in the EU, say researchers.

The study by the EU’s Joint Research Centre (JRC) estimated forest harvesting on the basis of satellite data and was published in the Nature journal in July 2020.

The JRC’s interpretation of the data was that the average annual forest area harvested in Europe had grown by 49 percent in 2016–2018, compared to 2011–2015. The volume of timber removed from the forests at the same time was said to have grown by even more, or 69 percent.

’The JRC study said that the greatest quantitative changes had taken place in Sweden and Finland, with an annual increase of 36 and 56 percent, respectively, of areas harvested,’ said Professor Peter Högberg and Research Group Leader Jonas Fridman from the Swedish University of Agricultural Sciences (SLU) in an article published in Dagens Nyheter in April.

Högberg and Fridman are part of a team of scientists led by Professor Iddo K. Wernick from the Rockefeller University. The team’s response to the JRC study was published by Nature the same week as the Dagens Nyheter article.

The same issue of Nature also contained a response to the JRC by a team of scientists led by Marc Palahi, Director of the European Forest Institute. They say the JRC’s claims stem from methodological errors.

According to Palahi’ and his colleagues, the JRC has failed to interpret satellite data correctly. Their opinion is shared by Wernick’s team.

Dr. Ruben Valbuena at Bangor University, who is a member of Palahi’s team, says the JRC has underestimated the improved sensitivity of satellite images and of methods of analysing them during the periods covered by the study. Valbuena considers the development to have been significant, and satellite data should only be used with strict protocols to assess errors.

The causes of changes visible in satellite images should be analysed in greater detail, says Valbuena. The JRC has been unable to interpret correctly the disturbances caused by droughts and storms seen in the satellite images; instead, it has classified them as the result of harvesting.

’What is really striking is the unprecedented levels of natural disturbances affecting our forests in many parts of the continent in recent years,’ says Professor Gert-Jan Nabuurs from Wageningen University, who is part of Palahi’s team and Coordinating Lead Author at the Intergovernmental Panel on Climate Change.

According to Palahi, forest data should be assessed more carefully to avoid hasty conclusions.

’This requires enhanced collaboration as well as scientifically robust and common approaches between the European Commission and Member States,’ says Palahi.

Palahi’s team has itself estimated the increase in harvesting, using national and international statistics. These are based on forest inventories, for example.

Nabuurs says that calculated on the basis of inventories, harvesting in Europe has increased by only six percent during the years in question.

Where the JRC study stated that harvesting in Sweden had increased by 36 percent, forest inventories show that it has actually decreased by eight percent. Declarations on final fellings made by forest owners to the Swedish forest authorities decreased by seven percent.

In Finland the areas harvested increased more than in Sweden: on the basis of inventories the increase was 20 percent, where the JRC study reported 56 percent. It should be noted that in 2018 harvesting was exceptionally extensive due to the high global demand for wood products.

In fact, according to Wernick’s team, the periods selected for study by the JRC produce misleading results. If the year 2019 had been included, the average increase of harvested areas in Finland would drop down to 13 percent.

The JRC study also stated that the volumes harvested in Sweden had increased by 36 percent.

’However, measurements by the SLU and the forest authorities did not show an increase, or at most only a slight one, three percent,’ write Högberg and Fridman in Dagens Nyheter.

The increase in volumes harvested in Finland was assessed by Wernick’s team at about ten percent.

The JRC concluded that the increase in volumes harvested that was detected in their study was due to the expansion of wood markets, promoted by the EU’s bioeconomy and bioenergy policies. Lauri Hetemäki, member of Palahi’s team, Assistant Director of the European Forest Institute and Professor at the University of Helsinki, notes that the conclusion is unfounded.

’It is not possible to determine the existence of this causal effect on the basis of the JRC study, and it is more likely that the slight increase in fellings is due to cyclical fluctuations in economy,’ says Hetemäki.

Högberg and Fridman also point out that the increase in harvesting claimed by the JRC is impossible in practical terms. ’It would have required such a rapid growth in actual felling operations, timber transport and forest industry capacity that it cannot be regarded as credible. It would have needed the construction of so much new production capacity that politicians and the media would certainly have taken notice of it,’ write Högberg and Fridman.

Palahi and his team stress that the the JRC’s erroneous conclusions have a global relevance. Högberg and Fridman agree with this.

The publication of the JRC’s study triggered a debate in the European Parliament and in the EU Council, consisting of ministers of the Member States. Both were discussing the Union’s forest strategy at the time.

’Sensational news about the sharp increase in fellings were rapidly spread by the decision-makers and the media. Since forestry was already on the EU agenda, the news had a direct impact on political debate in the Union – especially since the report came from an EU source,’ write Högberg and Fridman.

Palahi’s team points out that a significant proportion of research data on the world’s forests is currently based on remote sensing. The analysis of data based on satellite imagery is in a key position when assessing global forest loss, for example.

This means that particular attention must be paid on the correct interpretation of satellite data.

The study by the EU’s Joint Research Centre (JRC):  Abrupt increase in harvested forest area over Europe after 2015