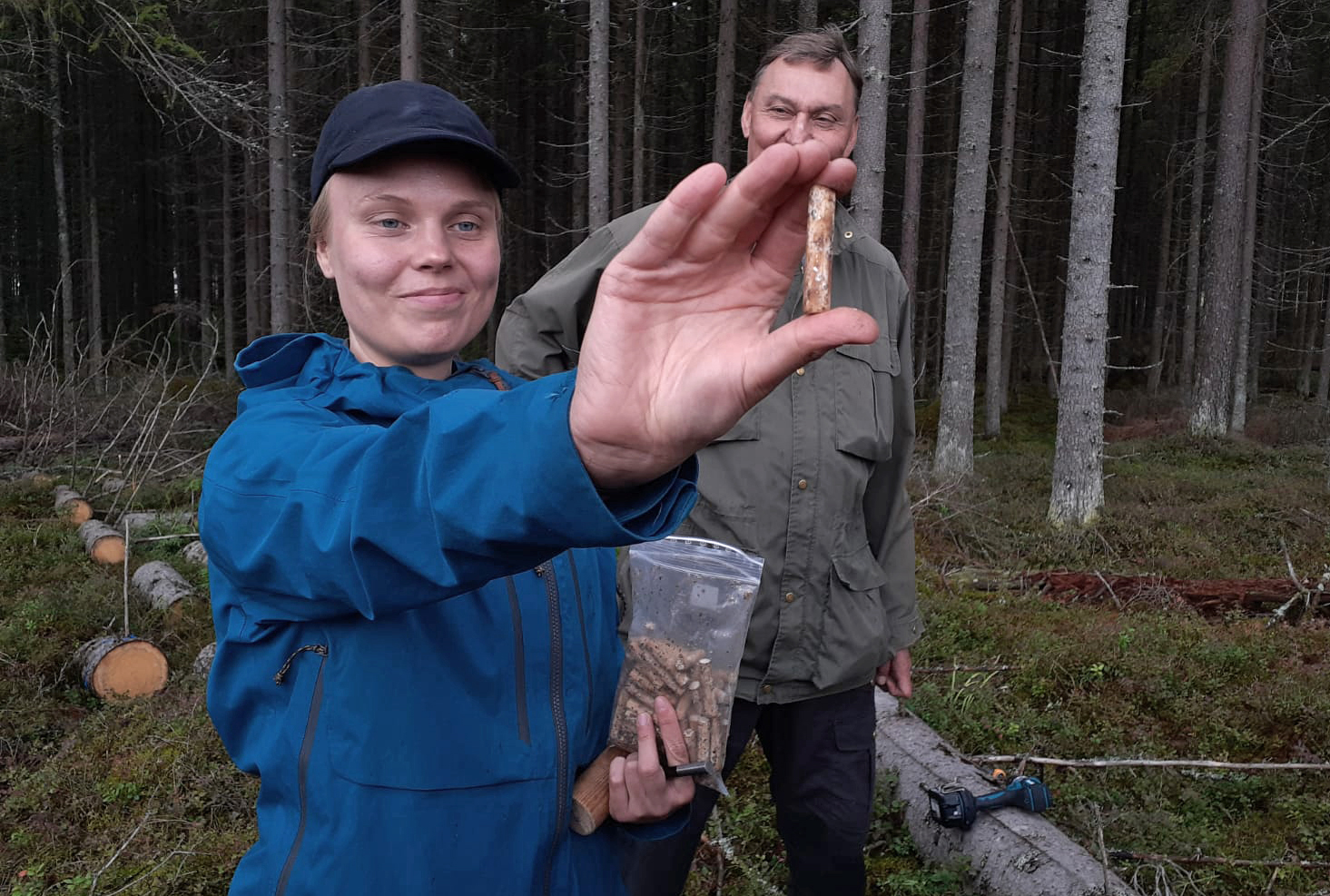 The research project attempts to determine the conditions affecting the success of inoculation of various polypore species and the effect of inoculation on existing colonies of saprotrophs.

The lack of deadwood is the greatest biodiversity problem in Finnish forests. The amount of deadwood is, however, increasing in southern Finland. The increase is natural, and also due to nature management efforts in commercial forests.

Polypores do, of course, spread naturally, but this has become more difficult especially as regards endangered polypores. In addition, the ability to spread varies from one species to another.

’According to one study, over 90 percent of the spores of one endangered Aphyllophorales species only spread to a distance of a hundred metres from the fruit body,’ says Reijo Penttilä, Research Scientist at Natural Resources Institute Finland.

The study conducted by Natural Resources Institute Finland will establish whether the spreading could be speeded up by inoculation. A previous pilot study by the University of Helsinki showed that it is possible, at least for some polypores.

’Still, we must remember that this is not an alternative to forest protection,’ says Penttilä.

’This is only an emergency measure and it will not help unless there is enough suitable deadwood in the forest. However, for the most endangered polypores, inoculation may be the only way to return them to areas where they have previously been found,’ says Penttilä.

Deadwood at all stages of decay is needed

The species depending on deadwood also require a decay continuum. This means that enough wood at all stages of decay should be found in the forest. Different saprotrophs produce spores in wood at different stages of decay.

The decay continuum cannot be created by the sudden appearance of a great deal of deadwood. It is more important that new deadwood develops continuously Because the decaying process itself cannot be speeded up, it takes a certain time for the continuum to develop, regardless of human efforts to assist it.

At the moment the average volume of decaying wood in the commercial forests in southern Finland is about four cubic metres per hectare. ’If the amount was, say, 10–20 cubic metres, it would be very significant. That appears to be the threshold above which the dynamics of a natural forest start to function,’ says Raisa Mäkipää, Research Professor at Natural Resources Institute Finland.

The amount of deadwood is, however, increasing. The Forest Environment Programme run by the Finnish Forest Industries Federation has found that the average amount of deadwood will reach the level of 20 cubic metres per hectare in the commercial forests in southern Finland in 2065 in all the harvesting scenarios studied – including the ones involving more intense fellings than today (see here).

In the forests excluded from timber production the average amount is 17 cubic metres per hectare in southern Finland.

22 polypores are being studied

Over 40 percent of Finland’s polypore species are endangered. This study focuses on 22 species, all endangered. 12 of them depend on spruce, five on pine and five on broadleaves.

The results of the inoculation will be monitored for at least five years. The follow-up means drilling powder from the inoculated wood close to the inoculation point to find out whether the mycelium has started to spread. At the same time, the emergence of fruit bodies is checked, and this activity will be continued even after the five-year period.

All in all, 10–15 inoculations will be carried out in forests owned by the Finnish state forest company Metsähallitus, the forest industry company UPM and the City of Helsinki.

An evergreen conifer is the symbol of Christmas the world over, and this year even more frequently than before. People long for a return to normality, one sign of which is a real tree with its natural scent. #Christmas #ChristmasTree #HappyHolidays https://t.co/ofwG01I5jJ