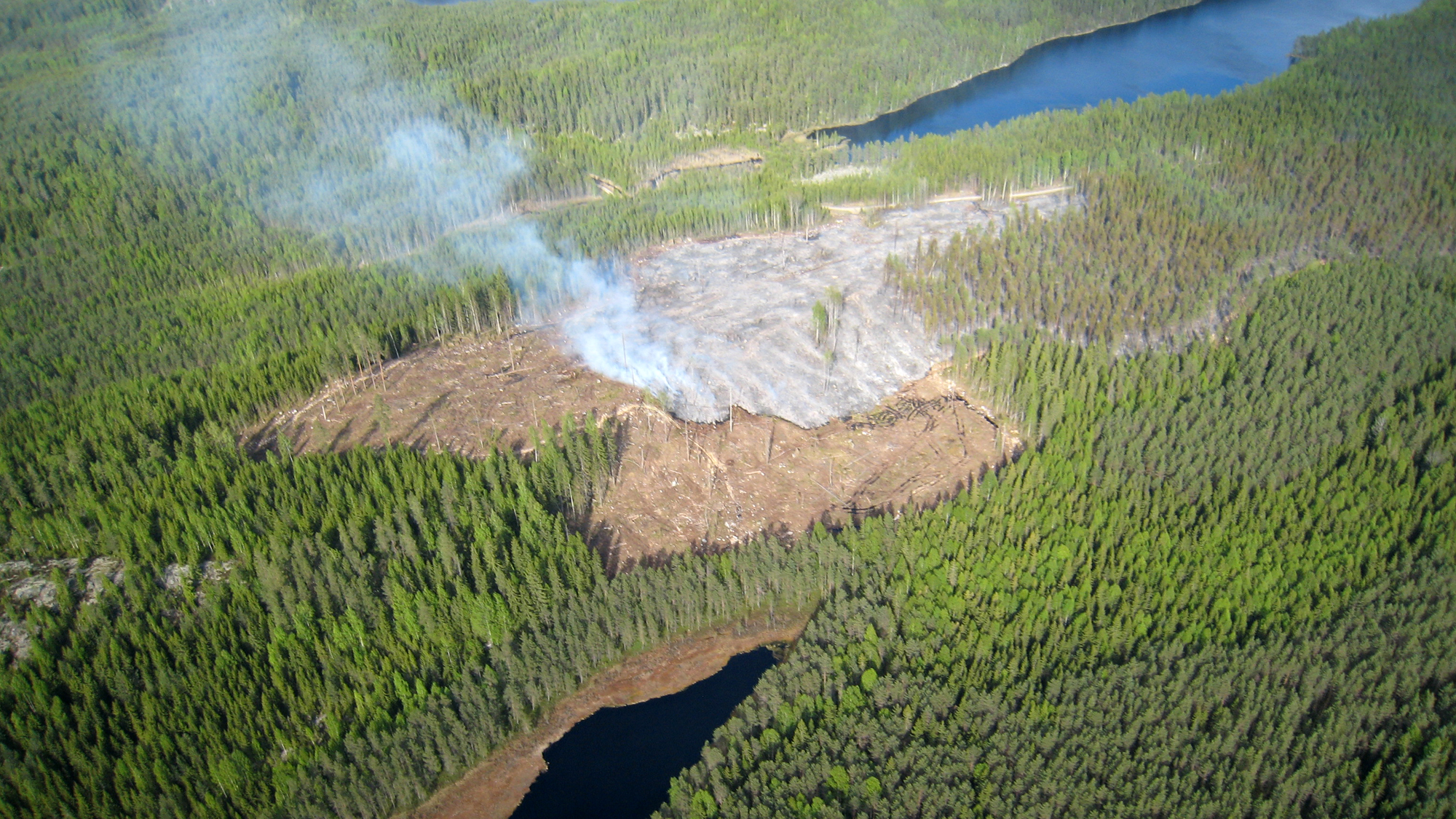 According to the researchers, the decline in the area of controlled burning should ne turned. Photo: Jari Leskinen

According to researchers, the nature management needed includes increasing decayed wood by leaving retention trees and other methods, controlled burning and the activities defined in the Metso biodiversity action programme.

The Natural Resources Institute Finland and the Finnish Environment Institute have prepared an evaluation of the sustainability of Finland’s forest use for the Round Table discussions led by Mr. Kimmo Tiilikainen, Minister of Agriculture and the Environment. The evaluation focuses on ecological sustainability, the safeguarding of which is also what the discussions aim at.

The evaluation consists of a description of the present state of forest use, the assessment of future development and proposals for action needed. The researchers behind the evaluation are Mr. Taneli Kolström, Director at the Natural Resources Institute Finland, and Mr. Petri Ahlroth, Director at the Finnish Environment Institute.

The total area of Finnish commercial forests is around 20 million hectares.

The amount of stout timber would also increase in all scenarios, although only after a short decline.

In the “current forest policy” scenario the volume of stout coniferous trees – that is, with a stem diameter of more than 30 centimetres at a height of 1.3 metres – would almost double, and the volume of broadleaved trees would increase 2.5-fold in southern Finland and even threefold in northern Finland.

Also the age structure of Finnish forests is, according to the researchers, appropriate for increased harvesting.

Amount of decayed wood can be increased

In consequence, it is possible to increase the amount of decayed wood, which is a critical factor for several forest habitats and endangered species. This means that the favourable development already observed could continue.

This may be illustrated by the amount of deadwood that could be used as fuelwood, if for nothing else, which reached it lowest level in the 1970s. This was because in the 1960s people still used to remove all trees brought down by winds for use as fuelwood, but since then they have largely been left lying in the forest.

As a result, the amount of usable deadwood in the forests in southern Finland has increased fourfold since the 1960s and by a quarter in northern Finland.

The amount of decayed wood has also increased due to the practice of leaving retention trees in the forest in connection with regeneration fellings, as is required by forest certification. This practice was started in the late 1990s.

Since then, the amount of decayed wood has increased only slightly, by about 3 to 3.5 cubic metres per hectare in southern Finland. In protected forests the increase has been clearly larger.

The researchers strongly recommend that the amount of decayed wood in the forests should be increased. This should be achieved by leaving retention trees and by making sure that valuable habitats are spared in commercial forests.

Metso programme must be safeguarded

The area of habitats spared in connection with fellings has clearly increased during the past few years. The researchers also recommend that controlled burning is increased, as many endangered species thrive on scorched wood or in wildfire sites.

In addition to what is recommended, it is equally interesting to see what they researchers do not recommend. They say nothing about increasing strict forest protection, except by the means mentioned in the Metso biodiversity action programme. According to them, it is extremely important that the Metso programme is implemented according to plan.

The funding for the Metso programme has faced severe cutbacks due to poor state finances. The forest sector and the environmental organisations have jointly demanded the cuts to be revoked, but to no result.

Previously in forest.fi: Minister’s round table to improve forest biodiversity

About forest biodiversity in Forest Facts in forest.fi