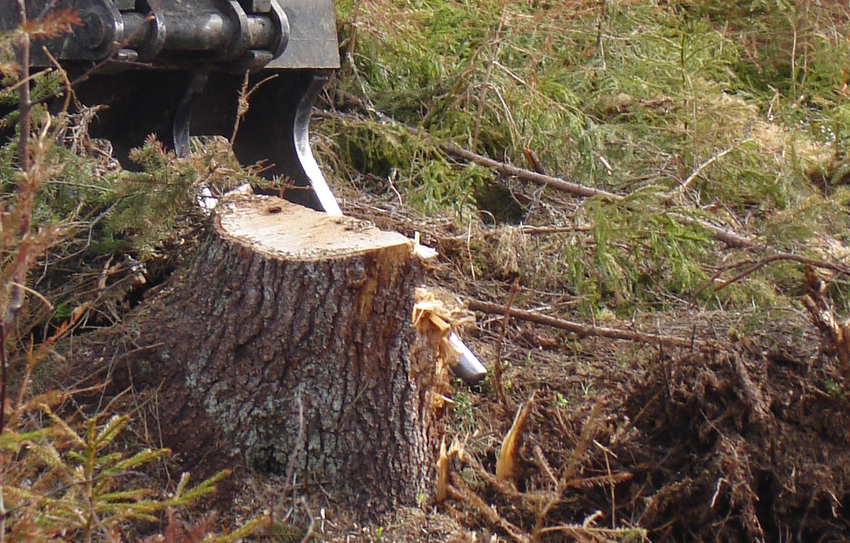 According to the doctoral thesis of Harri Latva-Mäenpää, the richest place of bioactive compounds is the “neck” of the roots of spruce stump. One day this may lead to increasing profitability of stump harvesting, which at the moment has almost totally ended in Finland. Photo: Krista Kimmo

Spruce bark, stump and roots close to the stump contain substantial amounts of bioactive compounds which could be used to produce pharmaceuticals, dietary supplements and cosmetics. The current price of similar existing products can be as high as several hundred euros per kilo.

“Stilbene compounds extracted from wood may prevent the harmful oxidation of cells. Oxidation destroys the cells as well as ages the skin and causes inflammation,” says Harri Latva-Mäenpää, who successfully defended his doctoral thesis on the topic earlier this year.

According to Latva-Mäenpää, the stilbene compounds in coniferous trees are structurally very close to the best-known stilbene, resveratrol, which is thought to be one of the bioactive components in red wine and lingonberry.

In his doctoral thesis, Latva-Mäenpää examined the roots, stumps and bark of spruce and pine. An especially rich source of lignan compounds is the “neck” of the spruce root connecting the roots and the stump. These compounds are already being used to produce health-promoting dietary supplements.

Stilbene compounds have also been found to kill microbes. Thanks to this, they could perhaps be used to preserve timber and other construction materials. The doctoral thesis also offers new information on plant physiology and defence responses.

Improving the value of sidestreams

Stumps, roots and bark were chosen for study because the aim was to examine which sidestreams from the current forest industry production could be utilized commercially. The aim was to find potential products with a significantly higher added value than the present ones.

For Latva-Mäenpää, the newsworthy part was not the discovery of these compounds as such. “They have been common knowledge even before, but they have not been appreciated, at least not from the commercial point of view, or more especially not from the perspective of small and medium-size enterprises,” says Latva-Mäenpää, and speculates that companies may also be unwilling to reveal what they know about the matter.

From the start, one of the goals was to find analysis and extraction methods that would be most useful in further work. “There are several methods of extraction, for example, but we focused on the ones which are the easiest to apply on a commercial scale,” says Latva-Mäenpää.

Up to a quarter of the wood material may be extracted

New compounds have also been found previously in the parts of tree branches inside the trunk. These compounds, however, differ from those found in roots and stumps. “What is common for them is that they emerge where the tree feels ‘stress’, where the growth is uneven and the wood material is strained,” says Latva-Mäenpää.

How valuable could these compounds be, then? You cannot really tell, until the products are on the market, but corresponding raw materials for the pharmaceutical industry cost EUR 200–2,000 per kilo at the moment.

The extraction yield is also considerable: depending on the wood material it varies between 5 and 25 percent. “The highest proportional yields are derived from bark,” says Latva-Mäenpää.

As regards continued work, Latva-Mäenpää calls for more research and development, more commercialisation and more cooperation between companies and research institutes. The markets of natural products are expanding and there is a continuous global demand for research-based products.

In the course of his research, Latva-Mäenpää also developed methods to isolate single, pure stilbene compounds. These were examined under different storage conditions and in ultraviolet light.

He found that the conformation of stilbenes altered, especially in the ultraviolet light. “We do not know the properties of these new molecules. It would be a most interesting subject of research as well,” says Latva-Mäenpää.