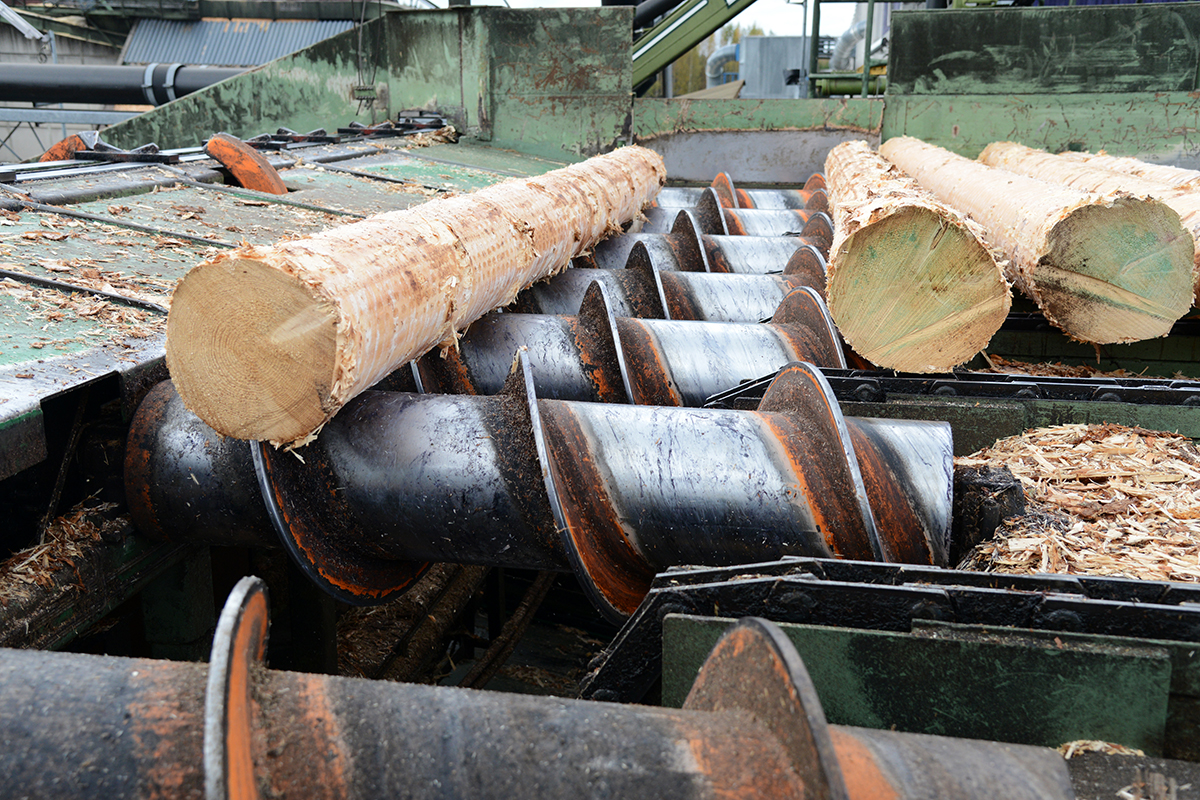 The demand for wood and wood-based products will increase, but the availability of the raw material will become an issue. Photo: Tero Pajukallio

Russia’s attack on Ukraine will not affect forest industry megatrends, but it may accelerate the move away from fossil raw materials and increase the demand for forest industry products.

Although Russia’s ruthless war in Ukraine does harm the forest sector in the short term, the war will come to an end one day and may have positive consequences, as was said by researcher Jakob Donner-Amnell of the University of Eastern Finland  during the National Forest Days event organized by the Finnish Forest Association in October.

’After the hostilities have ended, we may see positive effects, with the start of reconstruction in Ukraine. This will be a boost to global economy, though we don’t, of course, know how long the effect will last,’ Donner-Amnell said.

During a session of the National Forest Days in Helsinki, experts commented on megatrends in the forest industry from the perspective of the war in Ukraine.

Donner-Amnell also listed other consequences of the war on the operating environment of the forest industry. Timber imports from Russia have stopped. The purchasing price of timber has increased.  Discontinuing the use of Putin’s energy as well as all other fossil energy will accelerate what is called the green transition. Donner-Amnell considers that the transition may be advantageous to the forest industry.

’The current negative effects of the war on the forest industry will in time be offset by something more positive later on,’ says Donner-Amnell.

Another speaker during the National Forest Days was Research Professor Ali Harlin of VTT Technical Research Centre of Finland. He said that environmental requirements will continue as a megatrend in the forest industry, even though the war may move attention away from them for a while.

’In the perspective of 20–30 years, a fluctuation of two or three years has no effect on the megatrend. What it can mean is that we’ll stop using fossil raw materials more quickly than was thought,’ Harlin said in his speech.

Harlin says that increasing value added by means of advanced know-how will be of increasing importance in he future, though progress will be slow.

’Value added won’t be doubled in ten years. Ideas that are close to the demonstration stage today, will reach the production stage by 2050,’ Harlin continued.

Ali Harlin is one of the researchers interviewed in the Smart Bioeconomy series on the subject of new textile fibers from wood.

Availability of wood will become an issue

’Conflicts between countries and the threat of a more extensive war were included in the scenarios, and they did have an effect on possible developments,’ Kunttu says.

So far, the war in Ukraine has highlighted issues related to the availability of wood. Likewise, pressure from the EU related to the use of forests is increasing.

’We must prepare for the possibility that the regulation of forest use becomes more extensive. An increase in felling volumes is unlikely,’ says Kunttu.

According to Kunttu, the total demand for wood will increase, with the growing demand for wood-based products. There is a need for solutions to replace fossil raw materials.

’This equation creates uncertainty about investments: how can we safeguard the supply of raw materials to the industry? Understandably at the moment, no one has the courage to make investments based on imported wood, for before the war a significant share of that came from Russia,’ Kunttu says.

Kunttu continues that in general, it is hoped that thee forest industry will thrive even in future.  For the moment, investments in circular economy attract the most interest.

’Improving resource efficiency, to some extent also reducing consumption, and making use of secondary wood streams could be the most important means of ensuring the supply of raw materials and increasing   value added,’ Kunttu said.

What is essential is cooperation between actors, also as regards investments in research and product development.