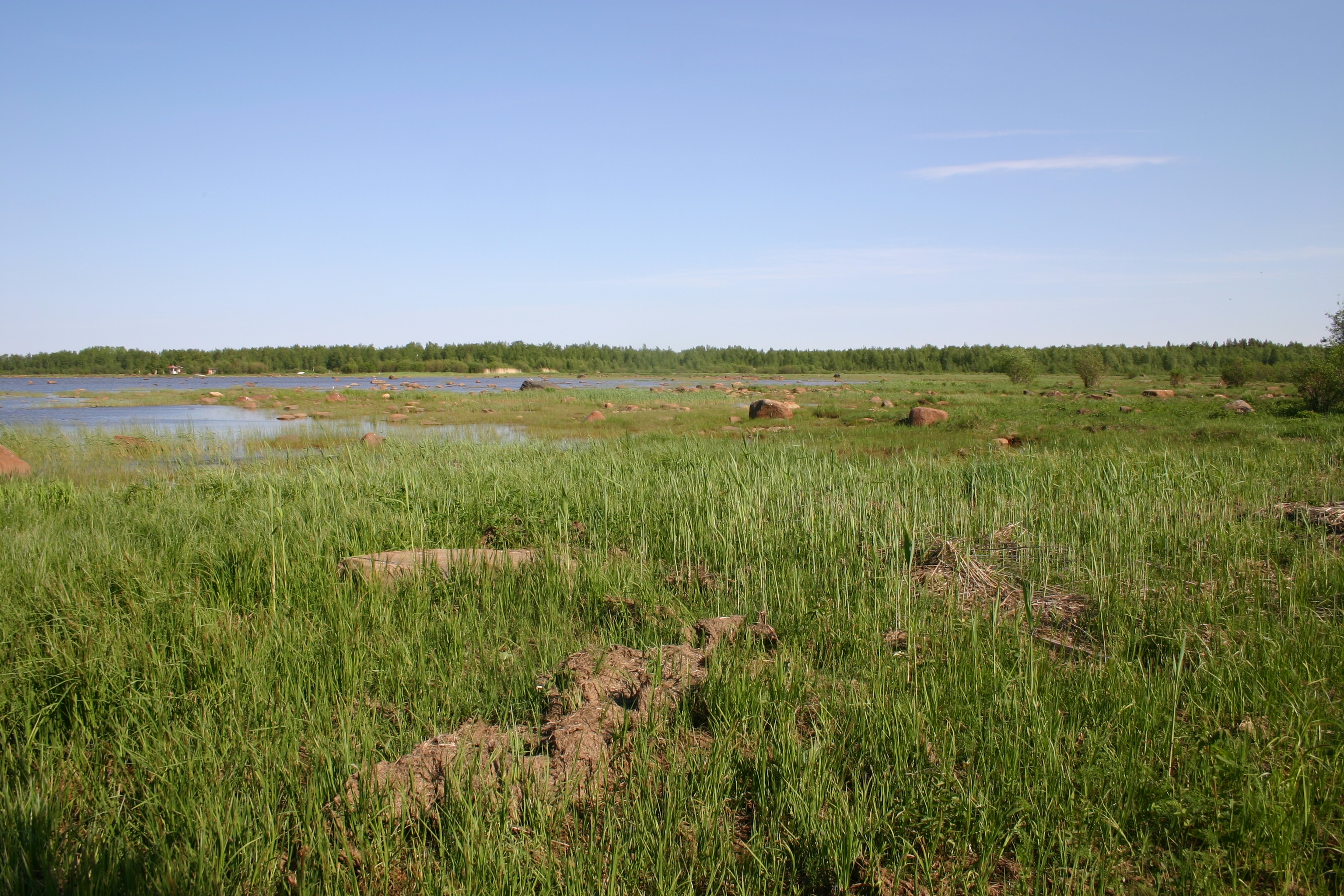 One of the specialities of Finland is that its ground is constantly rising, depending on the site, some millimetres annually. This is due to the Ice Age, when the area of Finland was covered with ice, with thickness of sometimes several kilometres. It pressed the ground down, and after it melted, the ground started to recover upwards. This is why the seashores of Finland constantly move and the sea escapes the land, which creates special ecosystems, as in this picture. These habitats also are safeguarded by the Metso forest protection programme. Photo: Krista Kimmo

The biodiversity convention, known initially as the Nagoya convention, requires the participating countries to protect a minimum of 17 percent of their territory by 2020. Finland has identified protected areas covering at least 18 percent of its territory that meet the requirement.

The CBD (Convention on Biological Diversity) lays much stress on flexibility. The participating countries may implement the targets of the Convention as they deem best.

“The Convention approves all measures to safeguard biodiversity concerning areas with clearly defined borders. The percentage target is not meant to be calculated separately for each habitat,” says Katja Matveinen, Forest Specialist at the Finnish Ministry of Agriculture and Forestry.

In addition to this, the Convention target also allows the inclusion of areas protected in commercial forests under the Nature Protection Act or the Forest Act. This brings the percentage to 18.

The Convention further allows the inclusion of some other forest areas under restricted use, traditional agricultural environments preserved by special maintenance activities, water habitats protected under the Water Act, and National Urban Parks.

Extent of CBD areas is to be established

In addition to this, the Convention may also approve protection and recreation areas established in the course of land use planning, protected rapids, landscape protection areas and urban green areas.

The total extent of these areas is not known exactly, but it is being calculated. However, the most precise information is available on forests: according to the Natural Resources Institute Finland, 12 percent of productive and poorly productive forest land is strictly protected.

Ilkka Heikkinen, Nature Conservation Adviser at the Finnish Ministry of the Environment, who also attended the Nagoya meeting in 2010, says that Finland is very close to meeting the land area targets of the Convention, which has been reported to the Convention Secretariat. “But this does not mean that we in Finland need not improve the regional and ecological representativeness of protection, the appropriate maintenance of protected areas and the connectivity between sites,” says Heikkinen.

Follow-up work has identified shortcomings in the protection in southern Finland especially, although the percentage under protection in the south exceeds the level of any European country except Sweden. “On the other hand, the plan is to correct this with the Metso forest protection programme,” says Heikkinen. The Metso programme protects, among others, natural forests and special forest habitats, such as forests on limestone and highly alkaline rocks.

As for marine protection areas, the minimum percentage is ten. Finland has exceeded this target as well: the percentage is at least 13.

Matveinen says that there often appears to be a misunderstanding in the public debate concerning the protection targets in the Nagoya convention. “It does not require strict protection, even if this is often highlighted in Finland,” says Matveinen.

Heikkinen describes Finland’s strategy regarding this as straightforward. “There was a lot of discussion in Nagoya that it is not enough to just define the limits of protected areas and then do anything you like inside them. We have another way, we define the borders and then protect the areas inside,” says Heikkinen. “In this respect Finland ranks among the leading countries.”

The EU’s Natura 2000 programme does not require strict protection, either. It simply prohibits the weakening of the protection status of certain habitats. How this is achieved may be decided independently by each member state.

On the other hand, the Natura 2000 principle means that something may need to be done even outside the protected habitat. If, for example, there is a Natura habitat along a river, you may not do anything upstream of it to endanger it.

Obligation instead of legal bindingness

Finland was one of the first countries to create a national strategy on implementing the targets of the Convention. By now, most of the participating countries have done the same.

The Convention is not, however, legally binding. “This is true, but this is the case with all agreements negotiated under the auspices of the UN. Then again, there really aren’t any other tools for solving global environmental problems,” says Heikkinen.

According to Heikkinen, this is a process where countries compete and spar with each other. “Then if someone is not making progress, they will definitely find out about it,” says Heikkinen.

The obligations in the Convention are given more weight by the fact that it includes an exceptionally large number of countries. “If I remember right, nearly all independent countries have signed the Convention, with the exceptions of the United States and the Vatican,” says Heikkinen.

The Convention on Biological Diversity

The fifth national report of Finland to the CBD