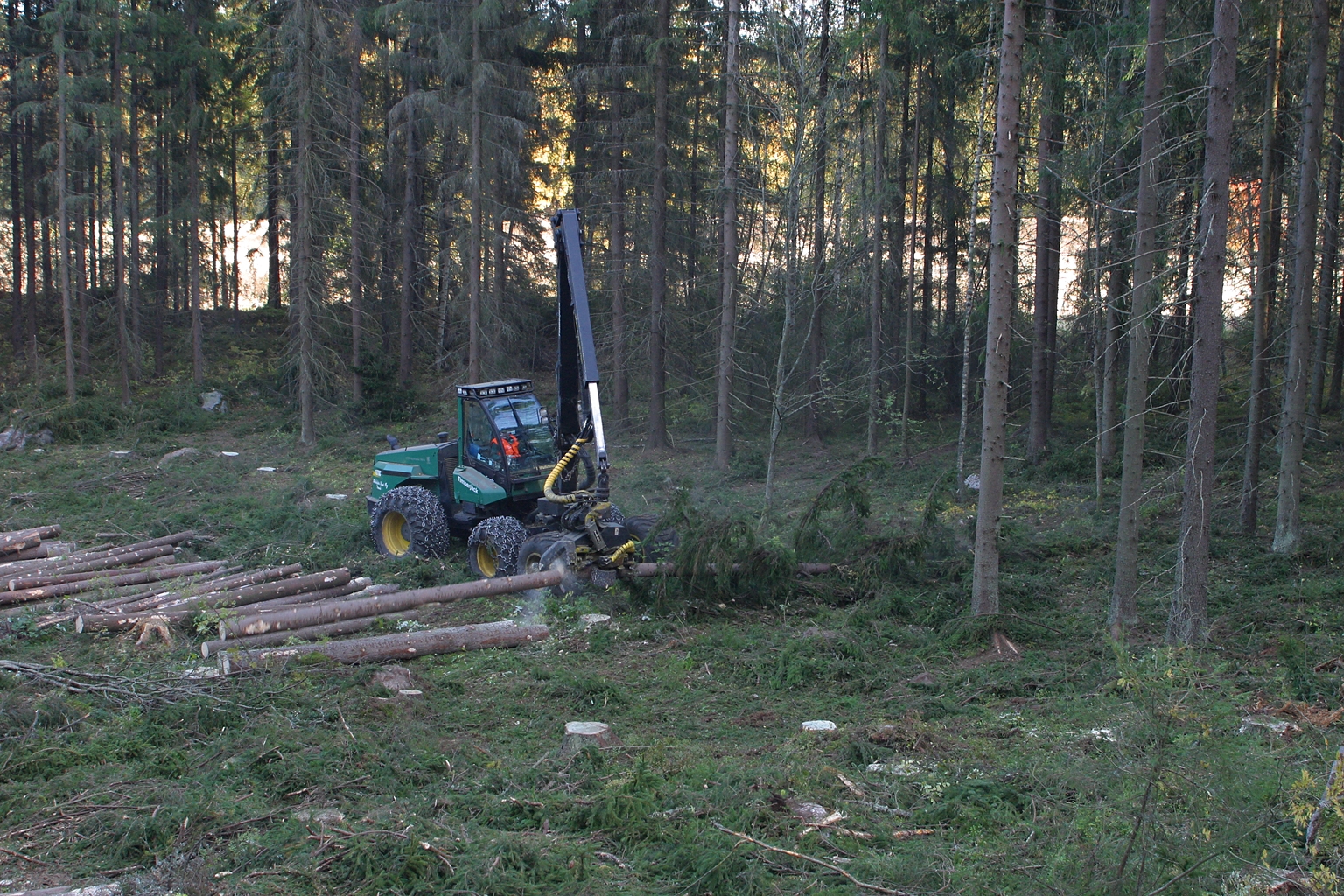 The Finnish state forest company Metsähallitus chooses the logging method on the basis of what is planned for each forest stand and of its specific features. Greenpeace wants continuous-cover silviculture to be the dominant method.

In October, an event called Forest Debate was organized by the Finnish Ministry of Agriculture and Forestry, including two forest-related debates. In one of them, Sini Harkki, Programme Manager of Greenpeace Nordic in Finland, and Jussi Kumpula, Executive Director of the state forestry company Metsähallitus Metsätalous, debated on continuous-cover and periodic-cover silviculture.

In the other, Pekka Kauppi, Professor Emeritus of Environmental Protection, and Sampo Soimakallio, Researcher at the Finnish Environment Institute, debated on the effect of timber harvesting on the carbon sinks of forests. The debates were moderated by Janne Impiö, Director of Communication at the Ministry.

Read about the debate between Kauppi and Soimakallio here.

”We do not demand total ban on clearcutting”

The Finnish Forest Act was reformed in 2014, giving forest owners more possibilities to opt for continuous-cover silviculture, which was something the environmental organisations had demanded in the name of freedom of choice. Now a citizens’ initiative by the ENGOs demands the banning of clearcutting in state forests. Why?

Harkki: ”We don’t want to ban it completely. We do know that Metsähallitus already uses continuous-cover silviculture.”

”There are many reasons behind the initiative. One of them is that almost all goals related to biodiversity, climate and recreation would benefit if continuous-cover silviculture became the dominant method. Another reason is pressure from the general public. People are worried and disturbed by this, as can also be seen from the results of many research studies and inquiries.”

Kumpula: ”We employ 15 different harvesting methods in Metsähallitus, and we want to hang on to them all. We don’t prefer any one of them over another. Instead, we use the method that is best for each timber stock and site at the moment of harvesting.”

Would it be good if only continuous-cover silviculture was allowed in Finland? Kumpula: ”It certainly would be advantageous in some respects, depending on your viewpoint. Clearcutting is criticized most of all because of its effect on landscapes, but if continuous-cover silviculture was the only method, it would lead to monotonous forests, with no old forests or valuable trees. They would all be mid-aged and fairly sparse, at least if the aim was to regenerate them.”

”On the other hand, biodiversity, the protection of waterways and climate change always demand special measures, regardless of harvesting method. There is no clear evidence that any one method should be better than the others from these viewpoints.”

Harkki: ”I do not agree with the claim about monotonous forests. All old trees can be removed in clearcutting, too, and on the other hand, in continuous-cover silviculture they can be saved.”

Opinions on imitation of nature differ

Harkki: ”At best, continuous-cover silviculture makes it possible to imitate the natural processes of forest much more closely than with clearcut-based forestry. Still, the optimum method depends a great deal on the growing site, whether we consider climate, productivity, growth or biodiversity. However, the results of continuous-cover silviculture look better a great deal more often than is generally thought.”

”Maybe there is a research-related problem as well. Research is usually based on clearcut-based forestry. One example could be the frequent claim that growth in spruce stands under continuous-cover silviculture is weaker. But that is because the stand has been too sparse. Harvesting has not been optimized for continuous-cover silviculture. What is more, we have never attempted to optimize harvesting with a view to, say, increasing the carbon sinks or storages in forests.”

Kumpula: ”In conditions of no human interference, boreal forest regenerates itself through destruction, such as storms and fires. A new tree generation is born in the open areas created in this way.”

”And we have definite research-based evidence from Sweden and Finland that growth and timber production are smaller in continuous-cover forests, where you always need to find a balance between forestry operations and stand density. If you keep the stands sparse, they will regenerate well, but productivity will be poor. On the other hand, if you keep them dense, productivity can even reach the level of periodic-cover silviculture, but the forest will not regenerate.”

”Cultivation models must function in practice, too”

Has the debate on clearcutting been balanced? Harkki: ”People generally only discuss one aspect of the question at a time, such as productivity. Yet the use of forests in climate change mitigation depends on many other things, too, such as soil conditions, the use of timber, the amounts harvested, forestry methods, as well as the carbon sinks and storages. All this should be taken into account simultaneously. And there is little debate that has reached this level of quality, but I do hope there will be more.”

Kumpula: ”We have welcomed the debate. It has been balanced. The new Forest Act has given us the opportunity to demonstrate why we treat our forests the way we do. Our activity is not random or driven by ill will, and we are not victims of circumstance or lacking in knowledge. Instead, there are obvious biological, economic and social reasons behind our decisions.”

”We have nothing to be ashamed of. We base our decisions on the best available research, and if new data becomes available, we just change our course in line with it. That’s all there is to it.”

Where does the debate lead us? Harkki: ”I hope it will encourage us to also listen to researchers who have created models showing that continuous-cover silviculture works.”

Kumpula: ”We certainly listen to all researchers, but for us in Metsähallitus, it is not enough that a model works, it has to work in practice as well. And to be certain, this requires long-term experiments.”

Know-how may be lacking

Harkki: ”However you look at it, the answer is negative. What they teach, for example, when educating forest professionals, about continuous cover silviculture – previously it used to merit a short mention during one lecture. And forest owners repeatedly tell us that even if know-how exists, it does not necessarily exist everywhere in the country.”

Careful attention to hand hygiene is more important than ever. Hygiene products based on natural compounds can soon assist us in combating not just the current pandemic, but also future pandemics. #WorldHandHygieneDay https://t.co/EXNQLAarcR