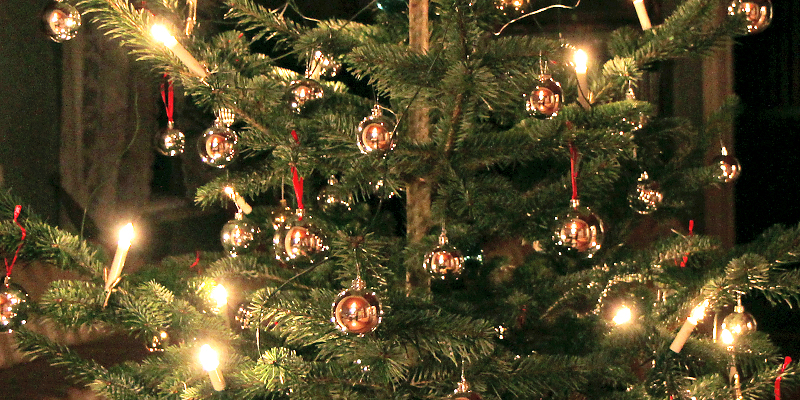 In addition to traditions and beauty, environmental values play an increasingly prominent role when choosing the Christmas tree. As regards the choice of species, Finns tend to avoid Scots pine as a Christmas tree, though it is often chosen in the farthest north of Finland, because spruce does not grow there.

1.5 million Christmas trees are decorated in Finnish homes every Christmas. Four out of five are bought and 85 percent of these are cultivated in Finland. 300,000 families fetch their tree themselves, either from their own forest or, with permission, from somebody else’s.

Nevertheless, in the Finns’ opinion a traditional wild spruce is not as beautiful as a cultivated one. A poll organised by the Finnish Forest Museum Lusto in early December revealed the most popular tree to be a pruned, cultivated spruce, which received 37 percent of the votes.

The Finnish Forest Centre has found that environmental awareness is becoming increasingly important when choosing the Christmas tree. A spruce in a pot is chosen more and more often, perhaps because it can be planted in the yard after Christmas.

”If you fetch your tree from the forest, a good choice is a slowly-grown spruce with plenty of branches that stands close to a bunch of other spruces. This will leave space for the remaining trees to grow,” says Markku Remes, Principal Forestry Expert at the Forest Centre.

The closer to your home the spruce grows, the more ecological it is. The carbon footprint of locally grown spruces mainly consists of the emissions from transporting it.

According to the Finnish Christmas Tree Society, the carbon footprint of a Finnish Christmas tree is a couple of kilograms. The amount of fertilizers or pesticides used in the cultivation is small or non-existent.

It has been estimated in Germany that a Christmas tree plantation of one hectare sequesters 145 tonnes of carbon, significantly more than a hectare of agricultural field. The German federal union of Christmas tree growers points out that environmentality is also increased by the use of sheep instead of pesticides to maintain the plantations.

A plastic tree is more environmental than a natural tree, if used sufficiently many times. According to Antti Asikainen, Research Professor at Natural Resources Institute Finland, the life span of plastic Christmas trees is estimated to vary between six and 20 years.

Christmas tree is an international tradition

The Christmas tree tradition has come to Finland from central Europe, and the trends connected to the tradition continue to be very similar across countries. For example, the federal union of German growers says that Christmas trees are getting smaller and are increasingly more often grown in Germany.

A total of 27 million Christmas trees are sold in Germany this year. According to the federal union, 90 percent of them are domestic.

The British Christmas Tree Growers Association also recommends that people should buy a natural, British-grown spruce, because during its growth, it generates oxygen and offers a home for many living organisms.

The American Christmas Tree Association in the United States is open-minded about the choice of tree. In the words of Jami Warner, the Association chair, family traditions and Christmas memories are important in the choice.

In Finland, a natural Christmas tree can be bought from outside supermarkets or delivered to your door on the web, or you can pick and fell it yourself on many plantations.

Those with a competitive bent can participate in Christmas tree geocaching. The local associations of forest owners donate a number of Christmas trees to people by publishing the coordinates of the cached trees at a moment announced in advance.

In line with the principles of geocaching, everyone is allowed to participate, and whoever finds the tree first may keep it.

In northern Finland you can also fetch a Christmas tree yourself from state-owned commercial forests, after purchasing a five-euro permit on your mobile.

Fetching a spruce on a Christmas tree safari

See also, how forest use saves our Christmas – or what would the celebration look like if we could not use the forests: