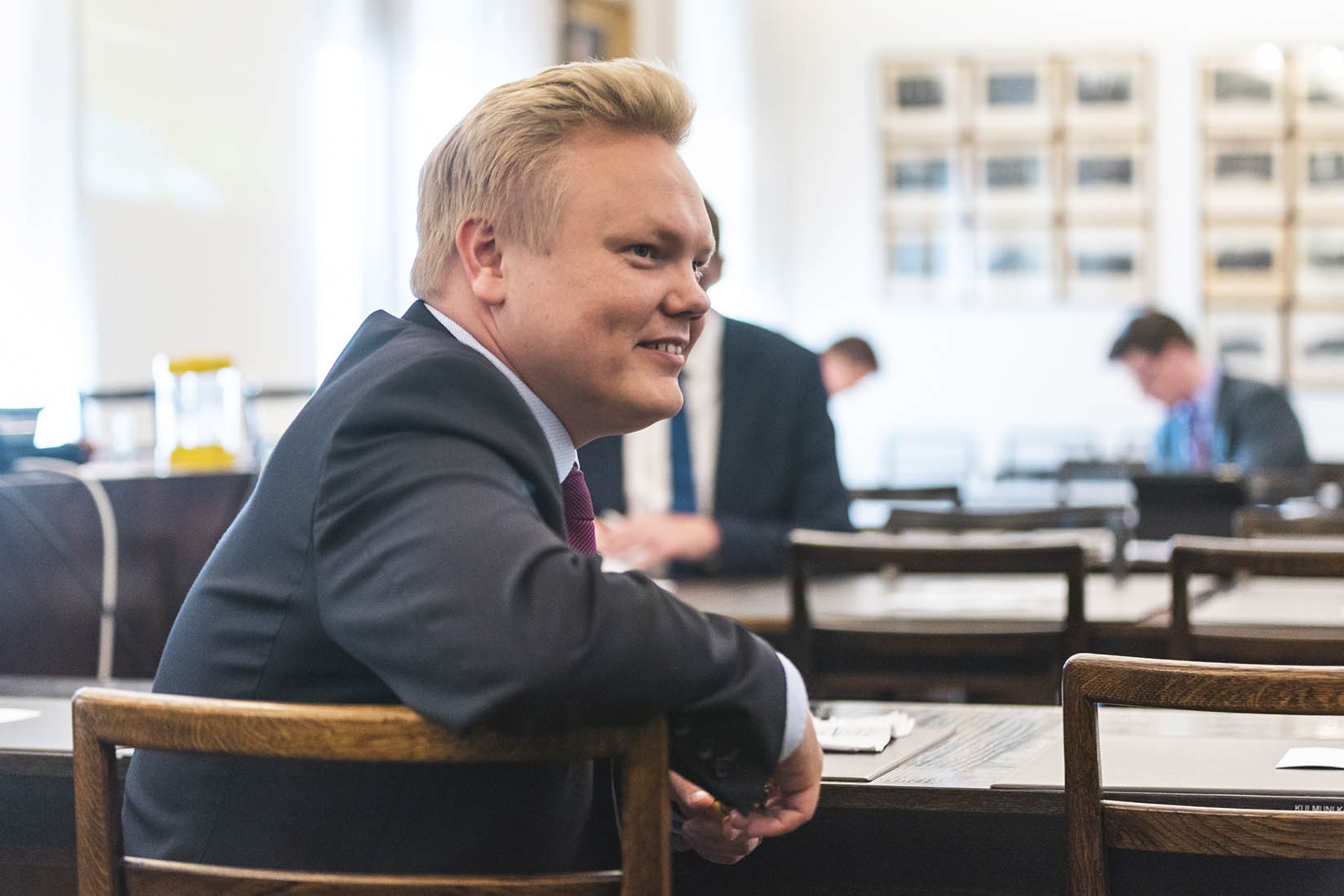 ’It’s not that Finns chop down the trees and leave the site as is. Forest is always regenerated by planting seedlings or sowing,’ says Finland’s new Minister of Agriculture and Forestry Antti Kurvinen. Photo: Johannes Erkkilä / Keskusta

Finland’s new Minister of Agriculture and Forestry Antti Kurvinen says the EU Commission and European Parliament are ignorant of Finland’s forests and forest policy. Finland considers that too little attention is paid to bioeconomy.

The European Union is currently preparing a new forest strategy, and Finland considers that bioeconomy does not receive sufficient attention in this.

In comparison to climate and biodiversity issues, the responsible use of wood, and wood-based products, are given too little weight.

Antti Kurvinen (Centre Party) took up the office of Minister of Agriculture and Forestry at the beginning of May. He is not commenting on Finland’s standpoint, but says that there is  insufficient awareness within the EU of Finnish forest management and forest policy.

He cites the example of forest regeneration after felling.

’It’s not that Finns chop down the trees and leave the site as is. Forest is always regenerated by planting seedlings or sowing,’says Kurvinen, interviewed in connection with an information event. Before taking up his current post in May, he held the office of Minister of Science and Culture.

The minister considers that the EU is given one-sided information about fellings.

’The people working with this in the EU possibly think that fellings in Finland are equal to forest destruction, and that the site is simply left desolate, with nothing at all growing there,’ says Kurvinen.

The Forest Act enacted in Finland in 1886 made forest regeneration after felling compulsory.  Kurvinen characterizes Finnish forest management as responsible.

’In this country, forest is regenerated and clear-cutting does not lead to deforestation. Deforestation in Finland is caused by things like the construction of infrastructure, maybe a new fast lane or an asphalted yard,’ says Kurvinen.

The EU aims at being carbon neutral by 2050. Finland supports this ambitious goal. Finland is similarly committed to the biodiversity strategy under preparation, which aims at protecting 30 percent of the Union’s land and sea areas.

We must guard ourselves against scenarios from the EU that would be a direct and obvious threat to the way of life in Finnish rural areas, and to the mainstays of Finnish industry.

Ten percent of the areas should come under strict protection and the other twenty percent under more moderate protection. These percentages are expected to cascade to national targets, and this is assumed to require a substantial increase in the area of protection sites.

Kurvinen does not comment these figures, but he considers it important that the EU should not diver orders to Finland on how it should use its forests.

’We must guard ourselves against scenarios from the EU that would be a direct and obvious threat to the way of life in Finnish rural areas, and to the mainstays of Finnish industry. Finland must be able to manage its renewable resources, using them and protecting them, wisely and sustainably, so that even future generations have access to fantastic forest nature,’ Kurvinen states.

Young forests are a carbon sink

One of the things that Antti Kurvinen thinks the people in Brussels do not understand is that young forests make a significant carbon sink.

’I have the feeling that there is sheer ignorance in the EU’s corridors of power,’ says Kurvinen.

A forest that acts as a carbon sink binds more carbon dioxide than it releases into the atmosphere. A young forest growing rapidly is a good carbon sink.

We didn’t decimate our forests in the Middle Ages.

When boarding the Brussels plane,  Kurvinen plans to adopt the role of ’public educator’, to talk about Finnish forests and forest management.

’I’m thinking of the Commission and the European Parliament in a wide sense, asking myself whether they have sufficient understanding about our way of operating. We are one of the most widely forested countries in Europe,’ says Kurvinen, at the same time taking a dig at the rest of Europe:

’We didn’t decimate our forests in the Middle Ages,’ Kurvinen says.

Teams round with colleagues

Over three quarters of Finland’s land area are covered by forests. Kurvinen says that he has already started a round of Teams meetings and phone calls with crucial European colleagues.

’Our forest management is efficient and we have a well-functioning timber market, which is what is needed by the forest industry and the energy sector. The different aspects of forest use are not mutually exclusive, and they an be reconciled with a wise forest policy, as we have been doing in Finland,’ says Kurvinen.

I do own a ridiculously small bit of forest.

At the same time, he also wants to remember the nature values of forests.

’We have fantastic nature in our forests, which can be used for recreation and as a resource for tourism,’ Kurvinen says.

On being asked whether he is a forest owner, the new minster responsible for forest issues is reticent.

’I do own a ridiculously small bit of forest. It’s so small I’d rather not talk about its size, it’s just a little, adjacent to my other properties. I can’t call myself a forest owner,’ Kurvinen concedes.