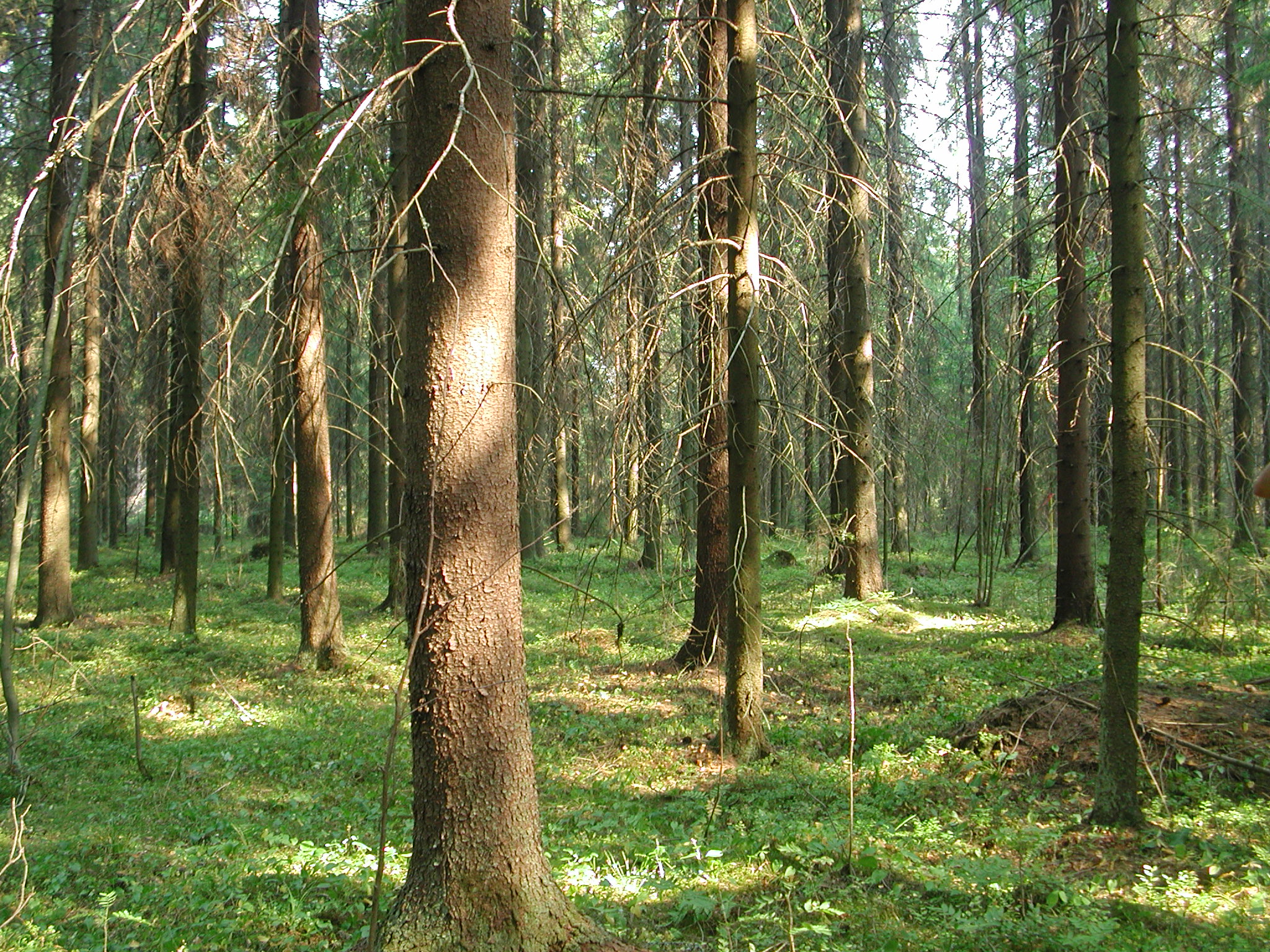 There is no reason to label clearcutting as poor ecology, even though continuous-cover silviculture could be increased in Finland. ” I would not accept either of them as the only method of silviculture. Finding a balance is essential,” says Sauli Valkonen, research scientist at Natural Resources Institute Finland.

The two main methods of silviculture utilised in Finland are silviculture based on a lengthy rotation period ending in clearcutting and continuous-cover silviculture. Sauli Valkonen, research scientist at Natural Resources Institute Finland would accept neither of them as the only dominant method.

It is easy to criticise clearcuts as something that destroys nature. Seppo Vuokko, botanist and writer on nature issues says that the open areas created in clearcutting are actually essential for biodiversity.

They not only create new timber stock, but are important habitats for many butterflies, insects and vascular plants. In fact, some butterflies that suffer from weakening agricultural habitats have found a new home in clearcut areas.

A considerable proportion of the biodiversity of forest flora is continuously present in the soil as seeds. In a mature forest full of large trees, all species simply cannot grow, while a clearcut allows them to start growing again.

Similarly, the flora typical of a mature forest remains as seeds in the soil after a clearcut, waiting for the forest to mature again.

”Many insects and half of Finland’s diurnal butterflies use young forest stands to breed, which partially offsets the disappearance of agricultural meadows. As regards birds, the red-backed shrike (Lanius collurio) is one of the species benefiting from clearcuts. And when an open area is closed by undergrowth, the species move on to the next open areas,” explains Vuokko.

Area of clearcuts is below one percent of Finnish forests

In order for forestry based on clearcuts to be ecological, it is essential that clearcutting is not too prevalent. If this is taken into account, the species able to move will actually move on to habitats suitable for them.

In Finland, clearcuts are carried out annually on an area of 0.5–0.7 percent of the total forest area. Most wood is harvested in family-owned forests in southern Finland, where the average area of a clearcut is only 1.4 hectares.

Clearcuts are also criticised because they are said to destroy berries, such as the bilberry (Vaccinium myrtillus). However, according to Vuokko, the opposite is true: clearcutting helps them along.

In closed-up forests, bilberry spreads without sexual reproduction. It means that an individual bilberry plant may cover an area of several ares, even if it looks like each twig is a separate plant.

When the soil is disturbed in and after a clearcut, this vegetation consisting of a single bilberry plant – in effect, a clone – is broken up and the sections are able to reproduce from seed.

”Continuous-cover silviculture could be increased”

Valkonen would still like to see more of continuous-cover silviculture. ”At the moment, from the point of ecology, it would be good to increase the area of forests under permanent tree cover. For the time being, such forests virtually only exist in protected areas,” says Valkonen.

Forests under continuous-cover silviculture do not often look as if they were under tree cover, at least if they are managed for revenue. Or that is how it looks to the human eye, but the requirements of ecology and human opinions do not always coincide.

”There is usually sufficient cover from the ecological point of view. There is more undergrowth under the larger trees, while in clearcut-based forestry the undergrowth is often completely cleared away before harvesting,” says Valkonen.

In addition, the height of trees in continuous-cover silviculture varies, which means that there are several canopy layers in the forest, which also increases the cover.

As a forestry method, clearcutting is also continuously developed. The clearcutting sites are shaped to blend in better with the terrain, and groups of retention trees are left standing according to the landowner’s wishes and the needs of different species.

Thanks to the gradual decaying of the clumps of retention trees and to artificial snags, the amount of decayed wood essential to many forest species has increased. According to research on endangered species, this is the single most important reason why the share of endangered species of the species monitored began to decrease before 2010 in Finland.

A clearcutting site does not, of course, look very nice for the first couple of years. Still, the situation improves rapidly.

Within five yeas, the patches cleared for planting seedlings are covered by undergrowth and the young stands of trees reach a height of nearly two metres. In ten years, the 3-to-4-metre branches of trees reach to touch each other, so that the undergrowth is shaded and forest species begin to appear in it. Low-growing woody plants also recover.

Vuokko would, however, change a couple of things in current forest management. ”The soil is often disturbed too heavily. More seedling patches are cleared than are actually needed,” says Vuokko. He would also prolong the rotation period between clearcuts.

Vuokko wishes that people would find out about forests by visiting commercial forests more often. ”People could see for themselves the richness of forest nature. Just visiting the national parks gives you a biased image of Finnish nature,” says Vuokko.

The article “Avohakkuu sopii Suomen metsiin” [Clearcut is appropriate in Finnish forests] in the TerveMetsä magazine is used as a source in this article.

About forest biodiversity in forest.fi