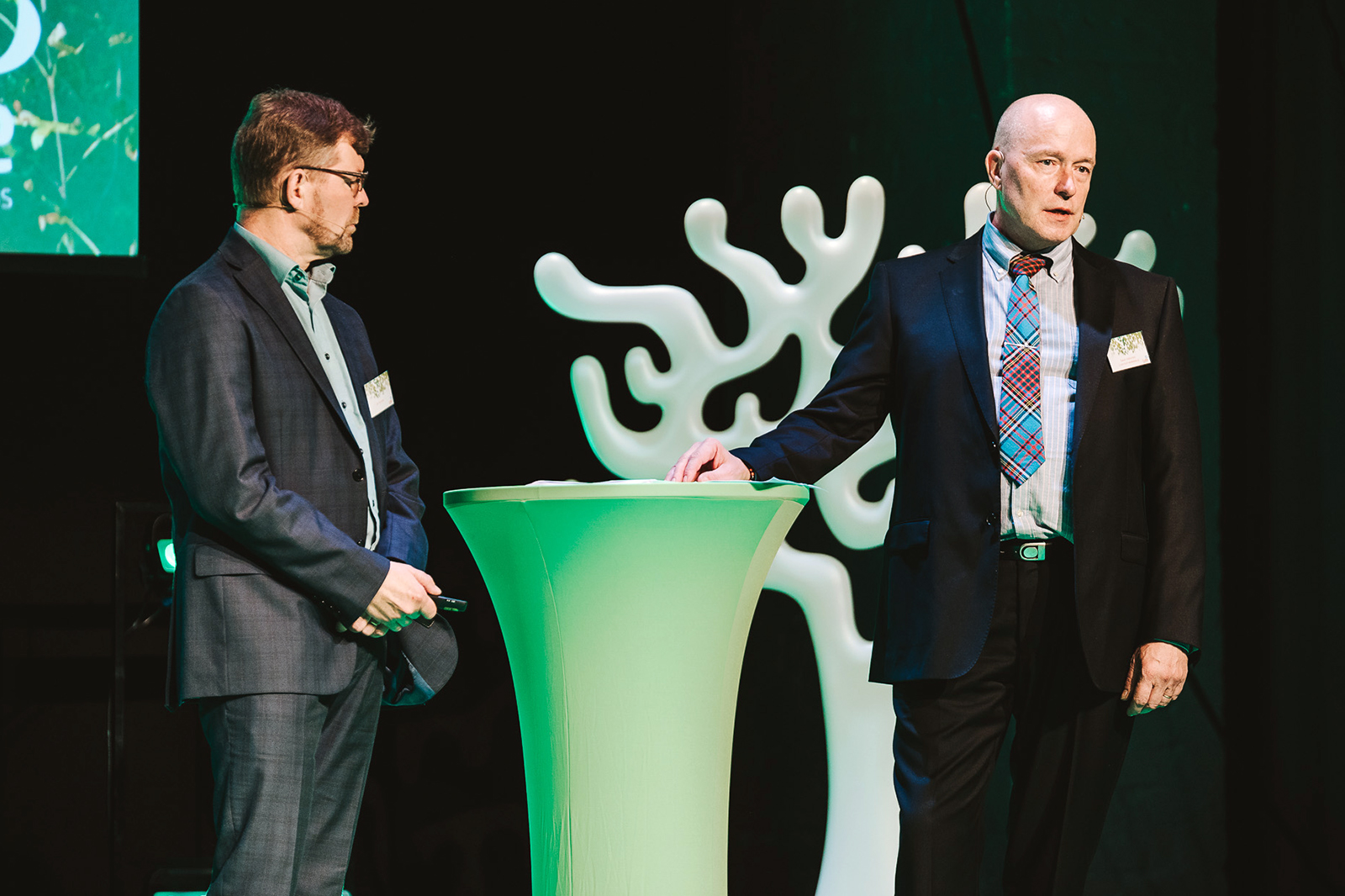 Even with continuous-cover silviculture, forest nature requires management if you want to safeguard biodiversity. Nor is there any difference between continuous-cover silviculture and forestry based on clearcutting when it comes to climate change mitigation. According to Natural Resources Institute Finland, the difference in greater in timber production, to the advantage of clearcutting-based forestry.

A group of 12 researchers at Natural Resources Institute Finland examined the differences between continuous-cover and periodic-cover silviculture in Finnish conditions. The differences in eight aspects were examined: forest regeneration, timber production, timber harvesting and procurement, profitability, risk of forest damage, biodiversity, peatland forestry, and climate and other ecosystem services.

A summary of the work was written by Jari Hynynen, Research Professor, and Sauli Valkonen, Senior Scientist. Research data was collected on all forms of continuous-cover silviculture, such as selective logging, thinning from above – that is, removing the largest trees – and small-diameter clearcutting, where the diameter of the clearcut area is 30–80 metres.

These were compared to thinnings and regeneration fellings in periodic-cover silviculture, including clearcutting and establishing a new forest by sowing, planting or natural regeneration.

According to biodiversity researcher Juha Siitonen, continuous-cover silviculture is good for species which do less well in open areas. They include bilberry and the species feeding on it, and many species depending on decayed wood.

At the moment, such less open habitats are scarce in Finland, which speaks for increasing areas under continuous-cover silviculture. There are fewer problems with species depending on open areas.

Also, if you want a decent profit from your continuous-cover forests, you may have to harvest intensively at short intervals. The repeated removal of the oldest and largest trees will create a forest with few broadleaves and no stout decayed wood.

This is why nature management cannot be neglected in continuous-cover silviculture. Retention trees must be left standing and the nature values of ecologically valuable habitats must be protected.

As regards climate change mitigation, there are no differences between the two silviculture methods. It is equally true for both that the more intensively you harvest, the smaller the growing stock, that is, the carbon storage in the forest will be.

In continuous-cover silviculture the forest is supposed to regenerate naturally. This is an essential element of the profitability of the method: savings are created when soil preparation, sowing, planting and other forestry activities are not needed.

This is why it is crucial for the method that regeneration really is successful. In the light of research, this seems to be the case, though it is not unavoidable by a long chalk.

According to researchers, plenty of new seedlings come up in spruce stands in southern Finland after selective loggings. A sufficient number of them grow into large trees to make up for harvesting and natural loss.

Yet the new stands contain open patches and the seedlings tend to cluster together. They also grow slowly: a height of 1.3 metres may take even 40–60 years to reach, while in periodic-cover silviculture trees of that age have almost logwood dimensions and can soon be harvested.

Growth can be enhanced by thinning the clusters, though this will decrease timber production. Small-diameter clearcutting leads to a variable success in seedling production.

Injuries due to harvesting are a special risk

No studies on timber production are available that deal with small-diameter clearcuttings, the growing of large trees on pine stands, northern Finland, peatlands or the transformation period from periodic- to continuous-cover silviculture.

Under continuous-cover silviculture, the remaining trees may also be injured during harvesting. As many as 10–20 percent of medium-sized trees are damaged. A considerable number of them have lost their tops, which means that in practice they will never grow to be stout.

The risk of seedling injury varies according to how close to the seedling the forestry operations are carried out. Other factors are the distance to the harvester trail, seedling height and whether the temperature during harvesting is below zero and by how much.

The harvester can de-branch the trees so that the branches are left covering the trail, which will decreases soil damage. However, the amount of branches that can be left on the trail varies much more in selective loggings that in thinnings under clearcut-based forestry.

Profitability depends on the case

The profitability of continuous-cover silviculture has been studied in the case of selective loggings of spruce stands. In this case it might be more profitable than periodic-cover silviculture, even though less timber is produced.

The most important factor increasing profitability is that many forestry activities can be avoided. The higher the average interest rate on savings and loans, the better the profitability of continuous-cover silviculture will be compared to other methods.

This is because in periodic-cover silviculture, the money spent on establishing new forest stands after clearcutting and on subsequent forestry operations is bound in the forest and will not be released until the forest is logged and the timber is sold.

And, when you cannot invest the money bound in the forest in other purposes, you lose the benefit from the investment, that is, the interest, and the loss is the greater, the higher the interest rate.

Then again, the fact that regeneration is uncertain weakens the profitability of continuous-cover silviculture. And if natural regeneration fails, the forest must be regenerated by the very forestry operations that you were hoping to avoid.

In addition to this, it is uncertain whether forest growth will be sufficient if there is not that much timber in the forest to begin with. If loggings are over-intensive, the trees do not necessarily recover and there may not be enough new seedlings, and what seedlings there will be will not necessarily thrive.

The average risk of forest damage is greater in clearcut-based forestry than in continuous-cover silviculture. The risks include fungal diseases, poor nutrition, and damage caused by the pine weevil, high winds and voles. However, estimates of the size of risk vary greatly.

A significant exception is root rot, which is a problem in spruce stands and cannot be dealt with without clearcutting and planting a different species. Root rot spreads through the root system and benefits from continuous-cover silviculture.

Root rot infection is airborne and can occur if the surface of the tree is broken. Infection may be prevented by spraying the surfaces of tree stumps with a natural pesticide. However, if standing trees are injured during harvesting, they are exposed to root rot spores.

Spores do not travel in the air during the cold season, so that spruce stands under continuous-cover silviculture should be harvested in November–April. This is becoming increasingly difficult with shortening winters, and this, in turn, increases the seasonal variation in wood procurement.

If the number of selective loggings was to change substantially, would the amount of timber available to the forest industries also change? This depends on who would take the method into use.

If they had not sold timber previously, then yes, the amount of wood on the market would increase. But if not, availability could decrease.

Some berry species like it, while others do not

On peatlands, continuous-cover silviculture might be a solution to many problems. The most important advantage is that the method improves the stability of groundwater tables, while in periodic-cover silviculture, the tables vary, which leads to the peat decaying, emissions of greenhouse gases and a greater nutritional load in waterways.
On the other hand, ensuring the propagation of seedlings may require soil preparation, which decreases profitability. Still, more research-based knowledge is needed for peatlands.
Of species of berries, continuous-cover silviculture is advantageous to bilberry, but less so to lingonberry, as also to mushrooms.
Clearcutting is often considered to affect landscape values negatively. As regards recreational values, however, there exist very few comparisons between different logging methods.

Additon, 12.11.2018: Words “in Finnish conditions” were added after the sentence “A group of 12 researchers at Natural Resources Institute Finland examined the differences between continuous-cover and periodic-cover silviculture.”

Researchers who participated in the Natural Resources Institute comparison

This is some of the biggest nonsense on forest management I have read in a long time. There are so many wrong assumptions in this article that I don’t know where to start…