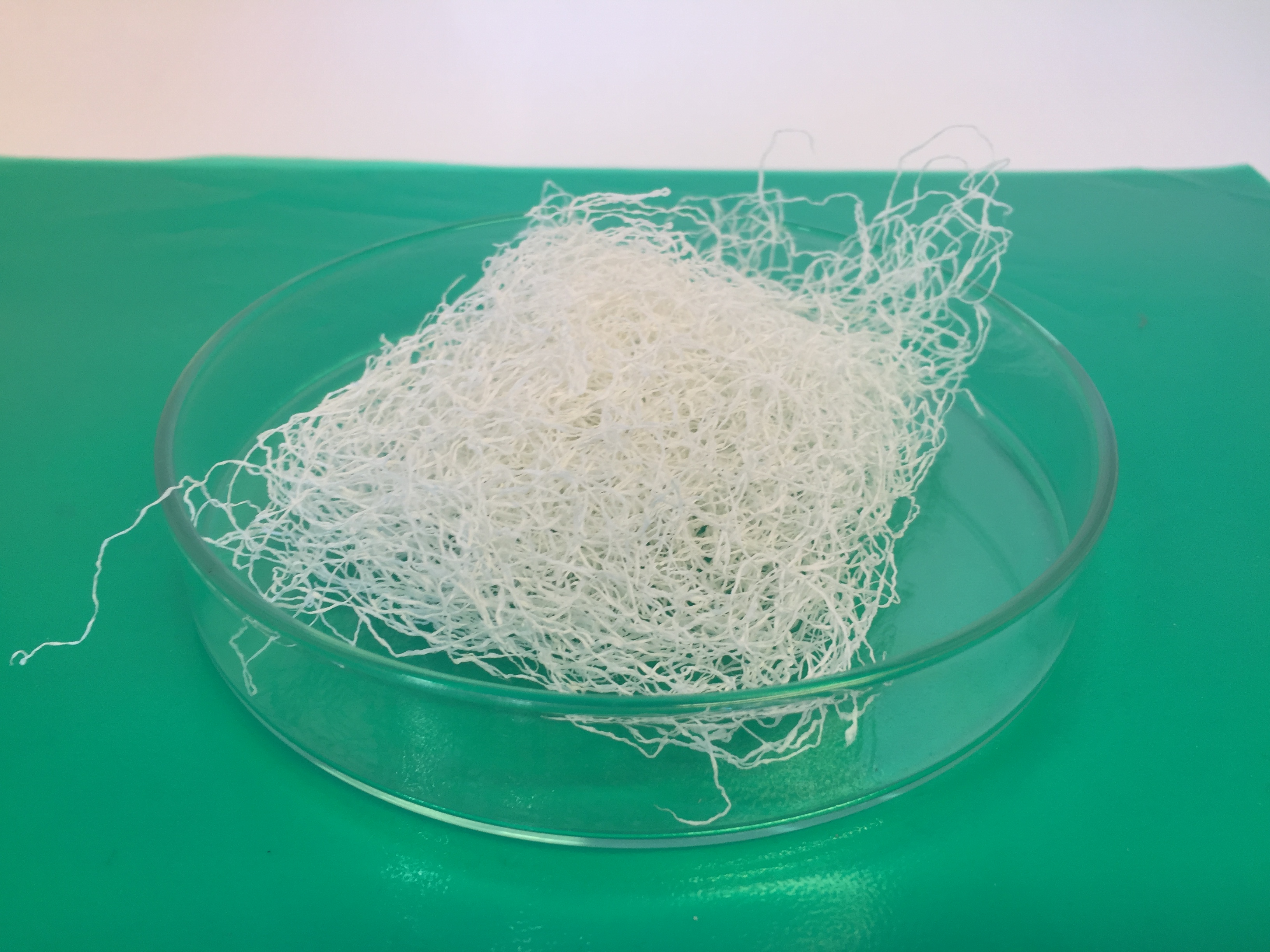 New forest bioeconomy products are launched at a great rate. Quite a number of them are also good examples of circular economy, without necessarily increasing forest use greatly.

When speaking of the meaning of forests being used, we often compare using forests to not using them at all. This is not a fair comparison, because it does not take into consideration the sustainability and diversity of forest raw materials.

Asking whether we should or should not harvest this or that forest presents an overly simple choice. Not harvesting a forest of course saves it, but at the same time, we also lose the products that could be made of its trees, and will then have to produce them from some other raw material or do completely without them.

Thus, the real choice is between sustainable forest use and the use of alternative, usually less eco-friendly raw materials and less well-being. The emergence of new forest products shows us what we may lose if the use of forests is restricted too far.

The surface layer constructed in children’s play areas to make falling safer if, for example, a child loses their grip on a climbing structure, is called the safe layer. It is traditionally constructed of clean sand or gravel or paving made of synthetic materials.

The Kekkilä company has launched a new layer made of a renewable material: chips from Finnish broadleaved trees. The sources of the material include the branches and trunks of young trees growing at the edges of the company’s production sites, which the company has found difficult to use so far.

The chip layer is elastic and effectively cushions the impact of a fall. It absorbs the energy from falls better than sand or paving and does not cause skin abrasions.
The product has been tested using the Head Injury Criterion (HIC) test. When sufficiently thick, it also meets the safety standards for playground surfaces.

The safe layer compacts only slightly even with hard use. It is not slippery and adults like it because it does not cling to children’s clothes or produce dust even under windy conditions.

The safe layer is easy to spread and is relatively stable, even on sloping surfaces. It normally requires no turning to keep it in condition, and weeds and moss do not grow on it. The only maintenance needed is keeping the layer sufficiently thick.

This ground cover made of debarked broadleave chips can also be used on plantation areas. According to Kekkilä, it is especially suitable for plants that would suffer from the resin in bark or chips from coniferous trees.

Planting fish roe in running water is difficult, because the roe eggs should not move until they have hatched. On the other hand, water should flow between the eggs to ensure the plentiful supply of oxygen which they need.

This is why the eggs are placed into special planting boxes, through which water can flow without causing the eggs to move. The box material, however, has been problematic: made of plastic, they have to be collected from the waterways after the eggs have hatched, so as not to litter the rivers.

Nevertheless, some boxes have always escaped collection. The boxes can be reused, but for that they have to be cleaned and stored.

The problem has now been solved by the introduction of a cardboard box. The composition of the material is optimised so that the box will hold together until the eggs have had sufficient time to hatch. After that it disintegrates completely in the water.

Packed in the two-decilitre boxes, the eggs are easy to transport and plant at appropriate locations. The boxes are made of Stora Enso’s multi-layer cardboard at its Pyroll box factory.

The boxes are placed in running water in late winter. One box may contain 1,000 salmon eggs or close to 2,000 trout eggs.

The box can be placed between rocks or carefully buried under rough gravel or stones. A few pebbles can also be placed in the box to make it sink and stay put in the water. The box also prevents predators from feeding on the eggs.

The biodegradable roe planting box may have markets abroad, too. Planting salmonids that breed in running water is a worldwide activity carried on in the northern hemisphere, south America and Africa, as well as in Australia.

The box is suitable for planting different salmon, trout and char species, as well as the five Pacific species of salmon, all of which have large eggs.

Progesterone from contraceptive pills ends up in wastewater and then travels freely on into natural waters, as there is no technology to remove it from water. Progesterone affects fish by causing males to change into females.

VTT Technical Research Centre of Finland came up with the idea of combining a porous fibre thread with sugar, which is able to capture hormones from surrounding water. VTT is now studying the possibility of utilising this invention in wastewater treatment.

A thread made of wood fibre is appropriate for this purpose, because it is very porous and low in cost, but other pulp-based threads are equally suitable. The porous structure of the thread means that its specific surface area is large, which increases the potential to capture hormones. The wood-based thread can also be safely burned or composted after use.

The molecules used to capture the hormones are cyclodextrins, which consist of dextrins bound together in a ring. They are also able to capture other molecules found in pharmaceuticals.

The thread was developed as part of the project Design Driven World of Cellulose. After the project has ended, the development will be continued and the technology may be scaled up. Because the materials used are inexpensive and suited to the technology, obstacles to industrial production are unlikely.

Use nanocellulose in interiors – or footwear

Nanocellulose is made of pulp by grinding or chemical processing. The resulting extremely small fibres form a pulp with significantly different properties. Conventional pulp fibres are transformed into thousands of smaller nanofibres, which means that their combined surface area is enormous compared to that of the original pulp fibre.

The large surface area improves the adherence between the fibres and so produces a pulp with great strength. This allows completely new types of products to be made from nanocellulose, replacing plastics, synthetic fibres and chemical coatings, for example. On the other hand, it retains the good properties of pulp, such as lightness and biodegradability.

Pirjo Kääriäinen, Professor of Design Driven Fibre Innovation at the Aalto University, describes a research project aiming to find new uses for Finnish raw materials. So far the project has turned nanocellulose into picnic chairs, bicycle frames and components of shoes made completely of pulp.

Kääriäinen says that having designers participate in materials research has made it possible to include input from consumers, because tangible prototypes give hands-on experience of the feel and functionality of the materials.

Pulp-based products could replace plastic or gypsum components used in interiors. According to Kääriäinen, pulp could also be used in 3D printing instead of plastic in the future.

Kääriäinen estimates that brand-name shoes made from nothing but pulp could be on the market within 4-5 years. Then again, some of the materials researched may only reach industrial production in about ten years.

Developed in Finland, the plywood is produced at the Pellos mill in southern Finland, from wood mainly sourced within a 130-kilometre radius from the mill.
Unlike many other fire-resistant wood products, the fire resistance treatment of the WISA-SpruceFR does not affect the technical properties of the plywood.

Therefore it meets the same requirements as other, untreated WISA-Spruce plywood grades. Nor are any special structures rewired to ensure fire resistance. It can be used as any ordinary grade of plywood.

In contrast to other plywood grades, when using the WISA-SpruceFR in building construction it is possible to leave a ventilation gap behind the plywood without impairing the fire resistance properties of the structure. Because the fire resistance treatment is carried out at the mill, design and construction are easier, and time, materials and expenses can be saved at several project phases.