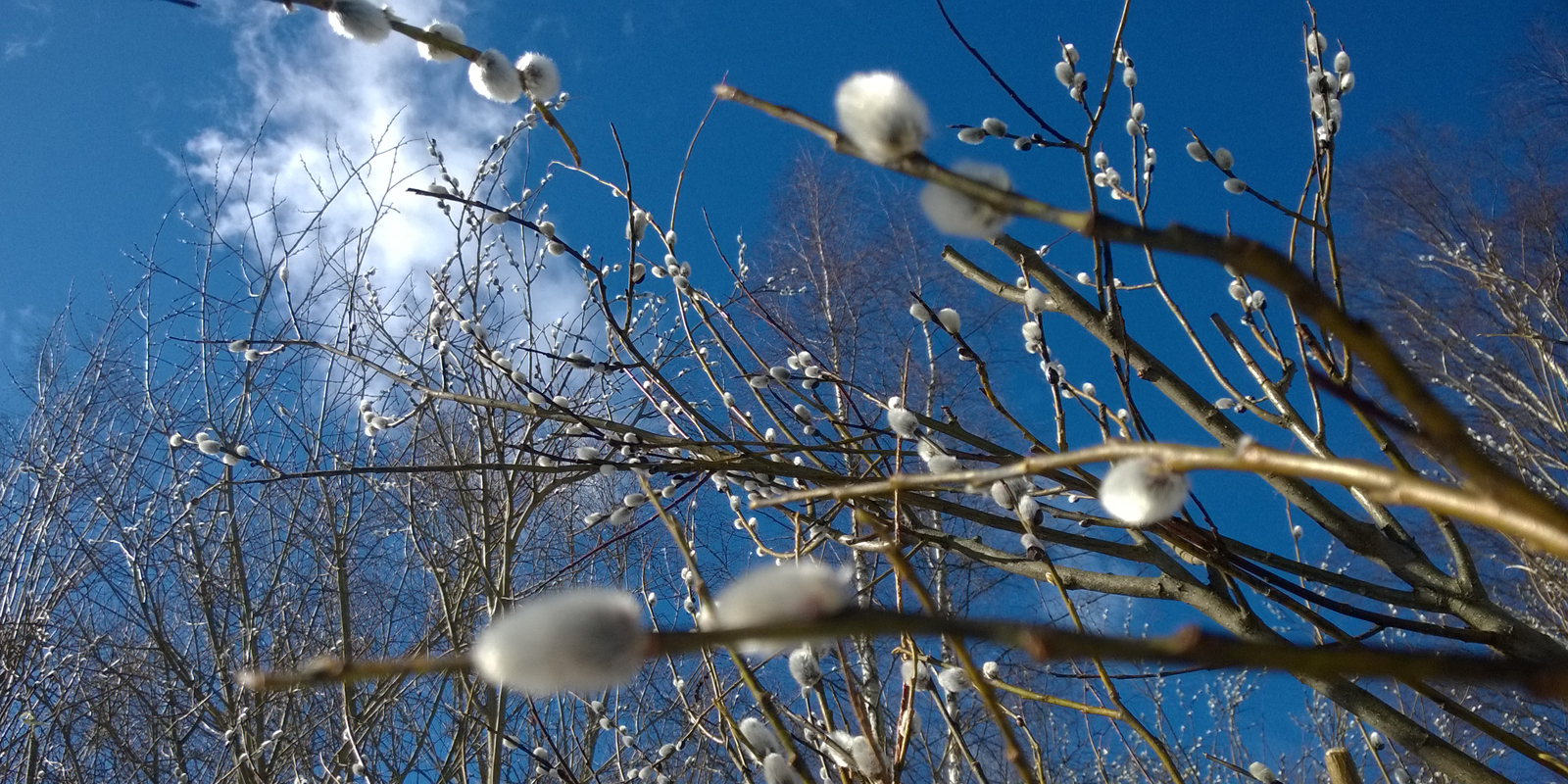 What would you think about a flowerbed consisting only of crushed stone and biochar? The City of Stockholm, the capital of Sweden, for example, uses environmental and climate friendly biochar in seedbeds. Commercial production of willow-based biochar is just about to begin in Finland, too.

Biochar research in Finland only started in the early 2000s, but great strides have been taken since then. The best raw material for biochar seems to be willow, and the first production facilities of willow-based biochar will start some time in March or April this year.

The use of biochar is based on the fact that it is able to sequester almost anything it comes into contact with – that is, water, gases, nutrients as well as toxins.

This sequestration ability is based on the porosity of biochar. The porosity can be regulated, but a typical example would be that one gram of biochar can have a surface of 200 square metres.

Mr. Ilmo Kolehmainen, one of the founders and a shareholder of the Willow Partners company shows me some granules of biochar with a diameter of 2–3 millimetres. When I squeeze them, they feel elastic.

When biochar is mixed with crushed stone and a tree is planted in the mixture, the tree will start to grow. “Trees are kind of stupid in that they will normally absorb anything that happens to be near their roots,” says Kolehmainen.

The City of Stockholm, the capital of Sweden, spent ten years to study the use of biochar in seedbeds. “Now they use all the biochar they can lay their hands on, 1,500 tonnes annually. The seedbeds will typically include 15 percent of biochar, with concrete waste making up the rest,” says Kolehmainen.

Biochar-based seedbeds not only make the city greener, but also retain rainwater, which then provides nutrients for the plantations. In this way, problematic stormwater is turned into useful irrigation water and there is no need to collect it and lead it into large treatment plants.

Biochar absorbs anything – nitrogen, phosphorus, Escherichia coli bacteria, or PCB. The most astonishing thing about it is that after a seedbed is established, it will basically last forever. This is because biochar is not degraded or consumed when it is used.

Biochar can be regulated almost endlessly

Depending on its porosity, biochar can be regulated to absorb nutrients, chemicals, water or gases. “It is just like choosing the features of the car you are buying. Biochar can even be trimmed to absorb just one chemical element,” says Kolehmainen.

The properties can be regulated during the preparation of the raw material, during the production phase and at the post-processing stage. “You might want to add metals into the process, and that will change everything. Hot-water treatment after production blows up the surface of biochar, and again everything is changed,” says Mr. Kari Tiilikkala, Research Professor at the Natural Resources Institute Finland.

Biochar is manufactured by pyrolysis. In the process, the cells of the willow are drained, which leads to a porous and very sturdy structure.

Maybe the best thing about biochar is that it is practically ever-lasting – it cannot even be burned in the way charcoal is burned, although it is highly flammable if it is, for example, thrown in fire. Thus, it is a way to permanently decrease atmospheric carbon.

“To learn to produce biochar has required an enormous amount of research, and it netted quite a few laughs to begin with. But at the moment, the number of research publications is increasing rapidly,” says Kolehmainen.

New use for used-up peatlands

The production of biochar sequesters carbon in at least two ways: at first in the willow roots, which sequester as much carbon as the visible parts of the tree, and secondly in the biochar made of the above-ground parts.

For the production to be feasible, plenty of raw material is needed. The most promising areas in Finland are the willow plantations established in used-up peat production areas. “In this way, peat producers could become producers of environmental services,” says Kolehmainen.

Willow cultivation can be mechanized on extensive, flat peatlands. 13,000 plants are planted per hectare. The first crop may be harvested in 2–3 years, when the willows have reached a height of several metres and can be cut. Cutting them later is not possible, because the cutting machines can only deal with thicknesses of up to six centimetres.

After that the plantation is fertilized by spreading the fertilizer only at the root of the stems. “The principle is not to use more fertilizers than are used in agriculture. Otherwise we run the risk that some of the fertilizers will leach into waterways,” Kolehmainen points out.

After the first cutting, the stumps produce 5–6 new shoots. The next crop will be ready for harvesting in 2–3 years. The same plants can be cultivated for 20–30 years.

Kolehmainen calculates that the payback period is 6–8 years. The annual revenue could be around EUR 350 per hectare, as opposed to about EUR 100 in forestry, for example.

The revenue is based on the price obtainable for willow to be used for energy generation. “However, we expect that the revenue from biochar will be higher. And you can gain that money every three years from each hectare,” says Kolehmainen.

Willow is harvested in winter, at a point when the ground is still frozen but the snow cover has become thin enough not to hamper the cutting machine.

The production potential is defined by strict constraints. The area annually released from peat production in Finland is 2,500–3,500 hectares. One biochar production facility requires a total willow cultivation area of something like 1,600 hectares at a reasonable distance and not split into too many small plots.

The Willow Partners’ turnover last year was some EUR 150,000, and the expectations for this year are two million and a positive result. “That would be pretty good, bearing in mind that this is only our third year of activity,” says Kolehmainen.

“Last year, the cultivation area was 100 hectares, this year we will have 200 hectares more, and after that we aim to have another 300 hectares each year, so that in five years the area would be 1,500 hectares,” says Kolehmainen.

Many uses for biochar

For soil improvement
As a soil improvement agent, biochar absorbs nutrients and water and makes the soil more friable. However, owing to the large amounts needed it is not likely to be practicable in agriculture, but it is already increasingly used in greenhouses and gardens.

As composting additive
Mixing 5–30 percent by volume of biochar in compost will reduce the emissions of greenhouse gases, such as nitrogen, and improve the nutrient value of the compost. Eventually biochar in the compost will finally contribute to soil improvement as well.

In filtration technology
Filtration might be the most profitable use of biochar. Using biochar, it is possible to separate either desirable or undesirable chemical elements from liquids or gases in industrial processes.

Freshwater production
Globally, the greatest potential lies in the desalination of sea water. The world is facing a massive shortage of freshwater and biochar could help in combating this. Finland’s contribution could be the provision of know-how.