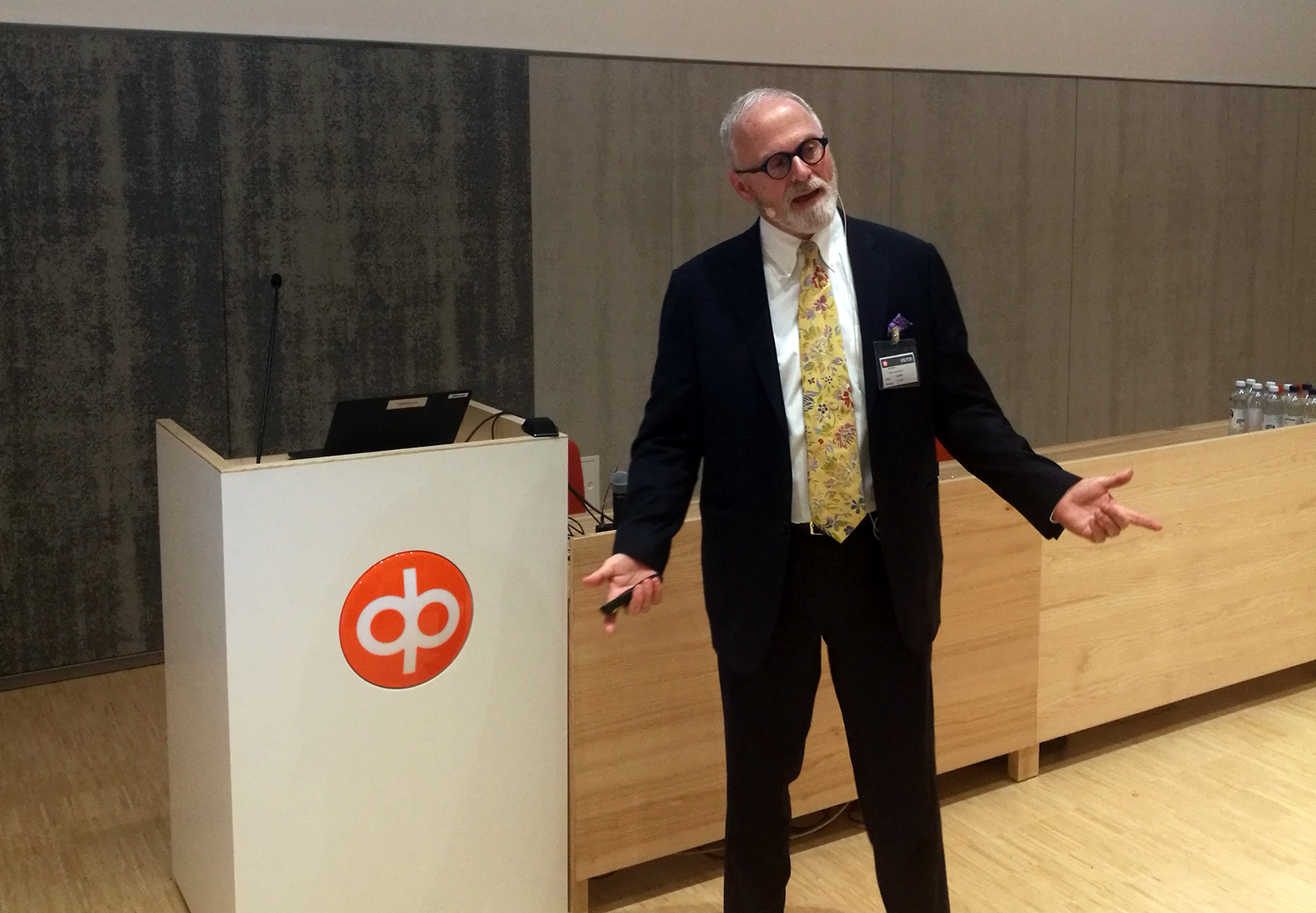 According to Don Roberts, Executive Director of Nawitka Capital Advisors, investing in bioenergy is not reasonable from a purely economic standpoint. The main reasons for this are the uncertainty of biomass procurement and the decreasing prices of fossil, solar and wind energy. Bioenergy prices, on the other hand, remain stable. Photo: Kimmo Mäkilä

The share of bioeconomy of the value added created by Finnish economy has remained stable since 2011, despite a decrease in the added value of the forest industry. This is explained by an increase of the added value created by forestry.

The chief reason behind the increase in the added value of forestry is the increase in the value of the forests themselves. “This, in turn, is due to the increased growth of forests in cubic metres, which is not affected by changes in prices,” said Janne Huovari, Head of Forecasting of the Pellervo Economic Research PTT, at a seminar organized by the institute in Helsinki this week.

The production volume, added value and share of national added value of bioeconomy have decreased for a long time. The decrease of added value has, however, halted in 2011. “Still, it is five percent below the peak value of 2007, and so is the added value of the national economy, too,” said Huovari.

The use of timber is increasing, though some promises related to this remain unfulfilled. New products have emerged, but it will be a long time before their production volumes cause a significant increase in the use of timber.

One of the largely unfulfilled promises is the increase of wood construction. In 2015, a total of 17,000 flats in multi-storey buildings were constructed in Finland, but only 380 of them were in buildings made of wood. In 2017, the corresponding figures were 20,000 and fewer than 300. And, even if all new blocks of flats in Finland were constructed of wood, they would only take up the production of one average sawmill production line.

Huovari is concerned that the degree of upgrading in the Finnish forest sector is decreasing. As paper production volumes have diminished, more pulp is available, but only some of the surplus has been taken up by paperboard production.

“We export more pulp than we did before the decline of the paper industry. Less and less of the value added stays in Finland,” said Huovari.

According to an estimate by the PTT for 2015–35, without new products the real value of timber use in Finland will increase by 14 percent, but that of forest industry by only six percent. What the sector needs is new production.

“And we will get it, but will it be in Finland,” asked Huovari. It is said, for example, that a condition of securing funding from China for pulp production is that a significant share of the pulp is exported to China.

Huovari concedes that this is fully acceptable for individual companies, but in terms of national economy it does cause some concern. “What we can do is to create an attractive enough investment climate for the industry to process the pulp in Finland,” said Huovari.

The new products need not be forest industry products. “I believe that in terms of financial value, the most significant new products are classified as chemical industry. However, we do not have any data on this, because wood-based products cannot be separated from other products of the chemical industry by current statistical methods,” said Huovari.

“I warn against pulp chauvinism”

The keynote speaker at the PTT seminar was Don Roberts, Executive Director of Nawitka Capital Advisors based in North America. He spoke about the structural changes in global bioeconomy from the investor’s point of view. In a nutshell, the outlook can only be characterized as challenging.

At the outset, Roberts crushed the dream of the enduring competitive advantages of the long and strong northern coniferous fibre: “I warn you against pulp chauvinism.”

According to Roberts, the price of DNA technology has dropped to one ten-thousandth in just a few years. “The question is not whether this will have an effect on the forest sector, but when and what kind it will be,” said Roberts.

An obvious consequence will be a fast-growing and strong wood fibre. Progress has been made regarding both of these in Brazil, for example.

Know-how in nanocellulose production is also growing. “As to who will be the leader, I don’t know. It might be Brazil, but it might as well be Finland,” said Roberts, himself from Canada.

New construction products, such as cross-laminated timber CLT or glue lam, will steal the advantage of the strong northern wood, because the material for them can be of lower quality. Another challenge is three-dimensional printing.

The Chinese Winsun company has already printed a one-family house with 3D technique in 24 hours at a cost of USD 10,000. Elements of larger houses can be printed at the factory and assembled on site like Lego blocks.

“At the moment, less than one percent of 3D printouts are made of biomaterials, but the breakthrough of wood-based materials is just round the corner. On the other hand, they will hardly need to be made of long fibres,” said Roberts.

Bioenergy will not survive without political backing

According to Don Roberts