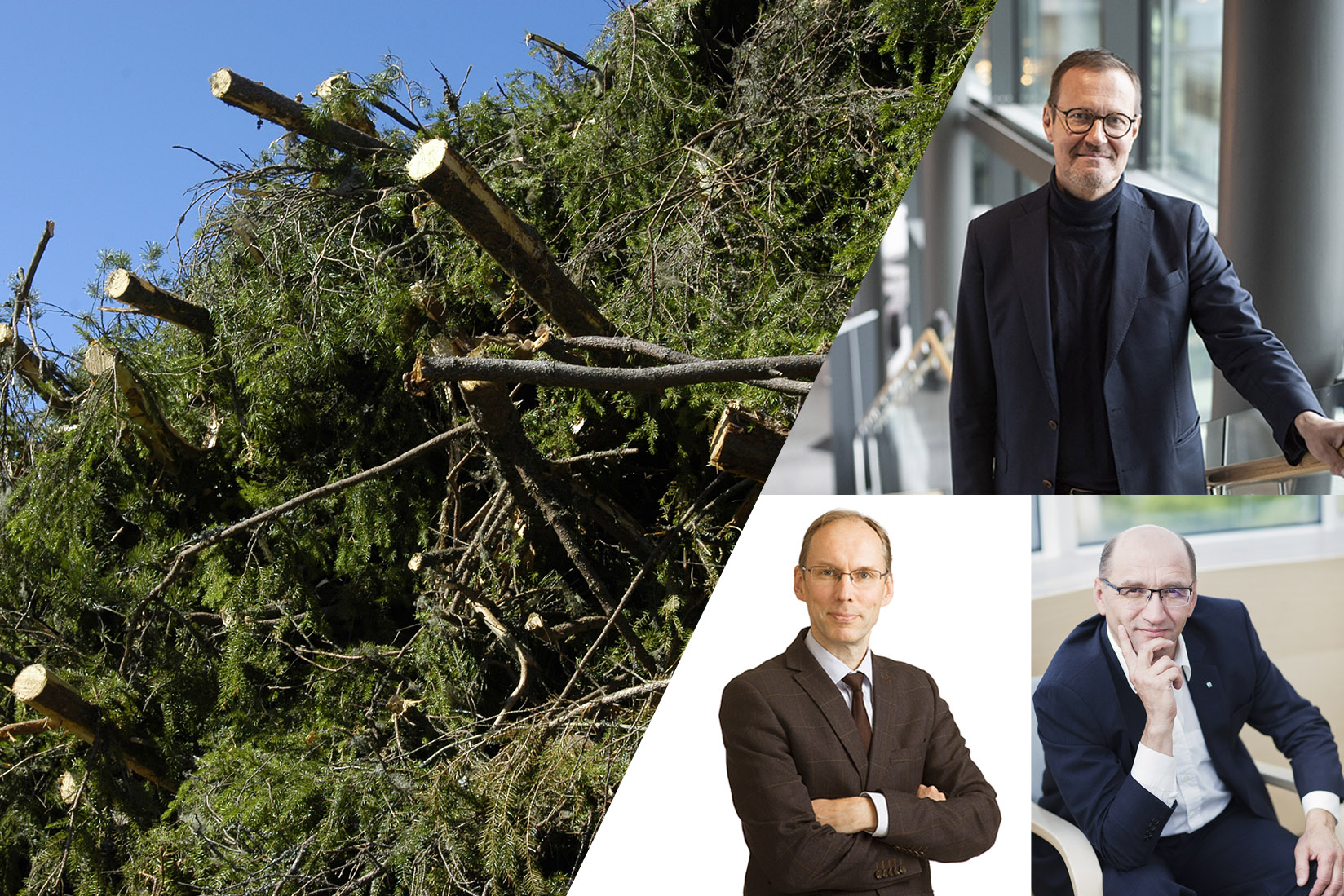 The concept ’security-of-supply forest’ most likely refers to safeguarding the availability of forest energy during a crisis, according to Managing Director Jussi Kumpula of Metsähallitus Metsätalous, and Director Ari Eini of the Finnish Forest Centre.

The concept ’security-of-supply forest’ most likely refers to safeguarding the availability of forest energy during a crisis, according to Managing Director Jussi Kumpula of Metsähallitus Metsätalous, and Director Ari Eini of the Finnish Forest Centre.

’Of course, the crucial matter about security-of-supply forests is the speed at which the wood could be available for use at the energy plant,’ Känkänen said.

The idea of linking forests to security of supply is a novel one for the forest sector. Känkänen did not mention details regarding the forest type, ownership or location within Finland that he may have had in mind.

The availability of wood energy became a topic of discussion when Russia mounted its attack on Ukraine on 24 February and imports of timber from Russia to Finland stopped. Of the wood fuel used in Finland last year, 13 percent was of Russian origin.

’State forests would only provide a drop in the bucket’

The idea of security-of-supply forests may have caused many to turn their gaze towards Metsähallitus, which manages the state-owned forests in Finland. Jussi Kumpula, however, turns to look at private forest owners in Finland, numbering over 600,000.

’The key position is held by the owners whose forests are close to human settlements, where energy is generated,’ Kumpula says.

Metsähallitus and NESA have not discussed security-of-supply forests, though Kumpula says he did have a brief discussion with Känkänen at the opening of the National Forest Days.

’I just exchanged a few words with Känkänen after the opening. I told him that if needed, we would be prepared to assist NESA with our expertise. I also said we know where fellings are planned, but that the energy wood from them would only be a drop in the bucket,’ Kumpula continues.

Kumpula says he told Känkänen that of the merchantable timber harvested in Finland, the share harvested by Metsähallitus is about eight percent, and that its share of the harvest of energy wood is even smaller. The forests owned by the state grow on poor soils, mostly consist of pine, and are located in eastern and northern Finland, where settlements are few and far between.

’Transport of forest residue is only profitable at distances of up to a hundred kilometres. If energy wood is harvested on sites where it is unprofitable in current price conditions, someone must be found to pay for it,’ Kumpula said to forest.fi this week.

Another factor decreasing the availability of forest energy in Finland is nature management.

We have no forests geared to producing only energy wood. Forests produce logs, fibrewood, felling residue or small-diameter wood that is not accepted by pulp mills or sawmills.

’For Metsähallitus, the volume of energy wood dropped by a half a few years ago, when we decided to leave decayed and dead wood in the forest to improve biodiversity. Before that, it was harvested for energy’ Kumpula explains.

The share of continuous-cover silviculture of regenerative fellings on lands managed by Metsähallitus is 25 percent. This reduces the availability of forest chips, for on these sites felling residue is not gathered for energy.

Kumpula thinks that in general, talking about ’energy forests’ may easily lead to misconceptions.

’We have no forests geared to producing only energy wood. Forests produce logs, fibrewood, felling residue or small-diameter wood that is not accepted by pulp mills or sawmills,’ Kumpula says.

Finnish Forest Centre: We have had talks about this

The Finnish Forest Centre is required by law to provide administrative assistance during emergencies, when so requested. The Forest Centre’s Director Ari Eini says that the Centre has had talks with the NESA, but that actual negotiations about security-of-supply forests have not taken place.

Eini says the NESA and the Forest Centre will jointly examine the current arrangements and legislation on forests.

’If we find that something’s missing, we could start talking in more detail about the concept of security-of-supply forests,’ Eini notes.

Jussi Kumpula mentions obligatory stockpiling, which applies to oil and other imported energy sources, among other things. If the same was applied to wood, timber terminals would hold a key position for the energy supply, because timber stored outdoors will not last. Ari Eini concurs with this.

’As regards crises that affect security of supply, energy wood terminals have actually been discussed. Various regions have expressed interest in planning one,’ Eini says.