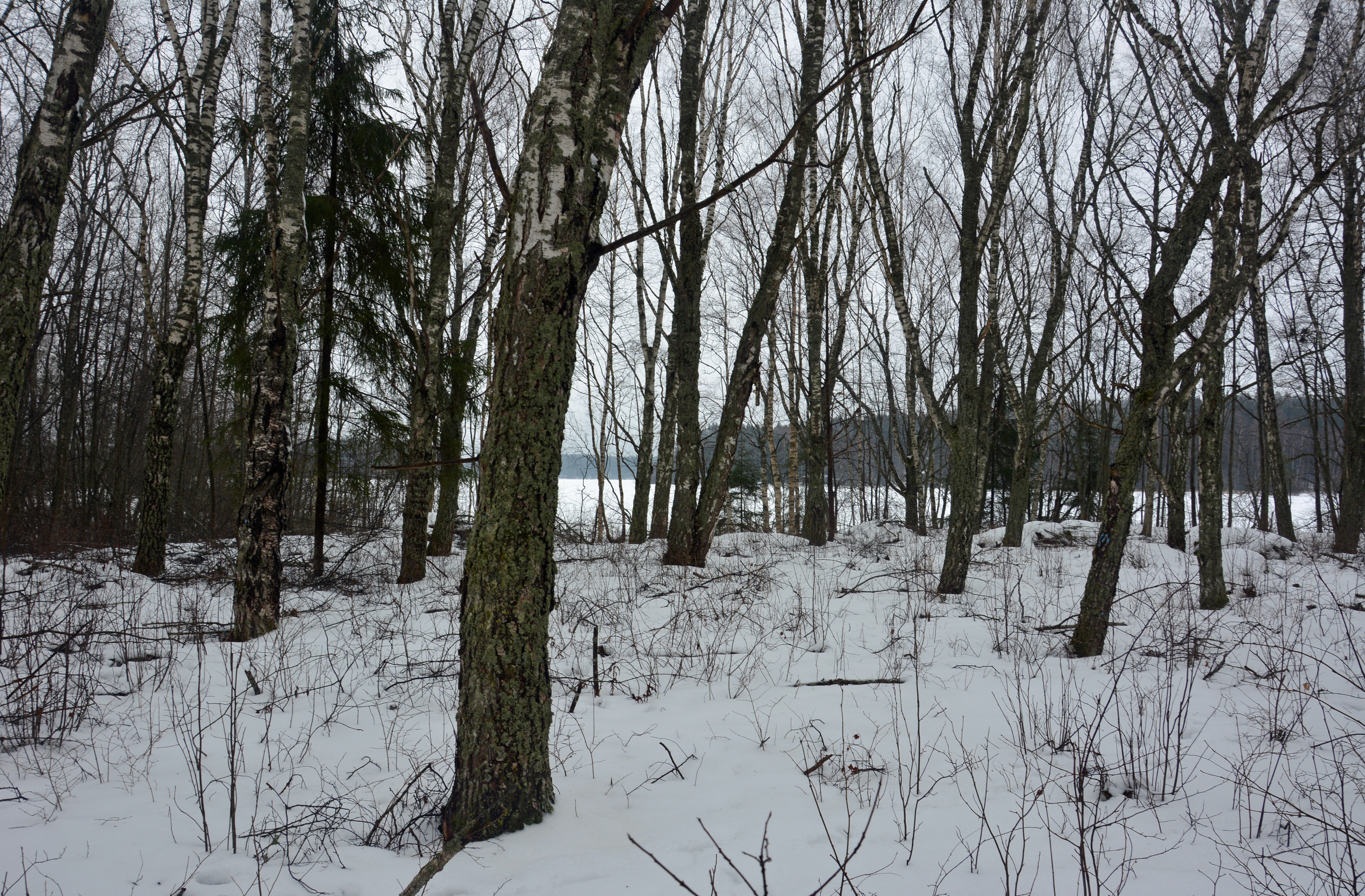 Looking at the stand, you cannot necessarily conclude how valuable the curly birch actually is. Photo: Keijo Kallunki

The Finnish state forest company Metsähallitus recently sold some 50,000 kilos of curly birch. The price varied from a couple of euros to two-digit figures per kilo. About 17,000 kilos consisted of logs, which is the most valuable grade.

The trading practices with logs of curly birch (a cultivar of silver birch with the scientific name Betula pendula var. carelica) have not changed in a hundred years. First of all, the seller and buyer agree on the price per kilo for all four quality grades. Then the logs are cut into lengths, which are graded and finally weighed.

The practice is similar to that in other timber trade in that the final price will only be established at the end of the process. How many lengths will be of each grade can only be seen after all lengths have been graded.

The lengths of curly birch logs are usually processed into veneer by turning, but all lengths are not good enough for this. They are sold together with birch branches at a cheaper price and for different purposes.

The trading also differs from ordinary timber trade in that the buyer and seller carry out the cutting and grading together. The log ends are examined carefully and thin disks are sawn from them to reveal the presence of the characteristic ”curly flower”. On the other hand, the top of the log is examined to see whether the wood is curly all the way.

The log is cut with chainsaw at a point suggested by the buyer and approved by both buyer and seller.

Cutting is carried out more carefully than normally. Mistakes in determining where to cut the log may lead to a substantial loss of money, if the result is a length with both poor and good quality wood.

After cutting, the buyer and seller negotiate over the grading of each length. The characteristics taken into consideration in grading are the same as with normal sawn timber: length, stoutness and straightness increase the price, while softwood knots, bending or kinks and other flaws bring it down.

Finally, the lengths are weighed and the selling price can be calculated. One long, high-quality log of curly birch can be almost as valuable as two lorry loads of ordinary stout timber.

The veneer from a length of curly birch usually ends up in the interiors of aeroplanes, boats or cars, or in furniture. In the turning process, a thin veneer is ”peeled” from the surface of a length that rotates round its longitudinal axis, rather in the way of using a cheese slicer.

Metsähallitus’ curly birch deal this March was substantial. Deals of this size are only concluded a couple of times in a decade.

In addition to logs and lengths, Metsähallitus also sells branches of curly birch, this time to the tune of 33,000 kilos. The branches are usually processed in Finland into small items and decorations.

The batch sold this time was logged from an area of half a hectare. The trees were up to 80 years old, so the quality was more variable and the share of decayed wood was greater than with earlier batches. Stands of curly birch are normally cut at the age of 60–70 years.

The lengths were sold to the Hieton Puu company, whose German customer Schorn & Groh was present for the grading and cutting. As regards the final price, the parties only comment that it is a six-digit figure in euros. Their comment on rumours circulating about the price per kilo is that they are false.

The lengths sold to Schorn & Groh will be taken to Slovenia for turning. ”There are only a few such peeling lathes in the world. This lathe can produce veneer that is only 0.52 millimetres thick, ” says Olli Puukko, Marketing Manager of Metsähallitus.

The lathe could make even thinner veneer, but this thickness still leaves some margin for surface finishing. The thickness of normal birch veneer is at least 1.4 millimetres.

The Slovenian peeling lathe is also good in another sense: it is able to process thinner lengths than other machines, with a top-end diameter of only 20 centimetres. Thus, the peeler core left after turning is as small as possible. Together with the thinness achieved, this will maximise the yield of veneer.

In Finland, large batches of curly birch have only been sold by Metsähallitus. They come from stands established for research by Metsäntutkimuslaitos, or Metla, the predecessor of Natural Resources Institute Finland. The forests owned by the Institute have were recently transferred to Metsähallitus.

”We have been selling these trees after they have matured and the Institute no longer needs them for research purposes,” says Puukko.

According to Puukko, batches of curly birch come up for sale at ”regularly irregular” intervals, previously seven years ago. The demand for lengths for turning in particular is not high, and the batches sold are normally exported to Germany or Austria.

In addition to Finland, large batches of curly birch can be bought in Russia, and are likely to be the result of natural regeneration.

Curly birch appears due to a genetic error in silver birch (Betula pendula). The error causes the wood fibres to twist and form brown lines in the wood. The result is regarded as beautiful and thus very valuable.

The cultivation of curly birch is demanding work. Only half of its seedlings develop the curliness, while the rest grow up into normal silver birches.

In order to ensure the curliness, the plantations are usually established with clones. Selective pruning of branches is also needed to ensure as high a grade as possible.

According to Metsähallitus, the supply and demand of curly birch have been fairly well balanced. After 30 years, when the stands planted in Finland in the 1980s reach maturity, we may see more supply on the market.

Homepage of Schorn&Groh company, photos of curly birch in the end products