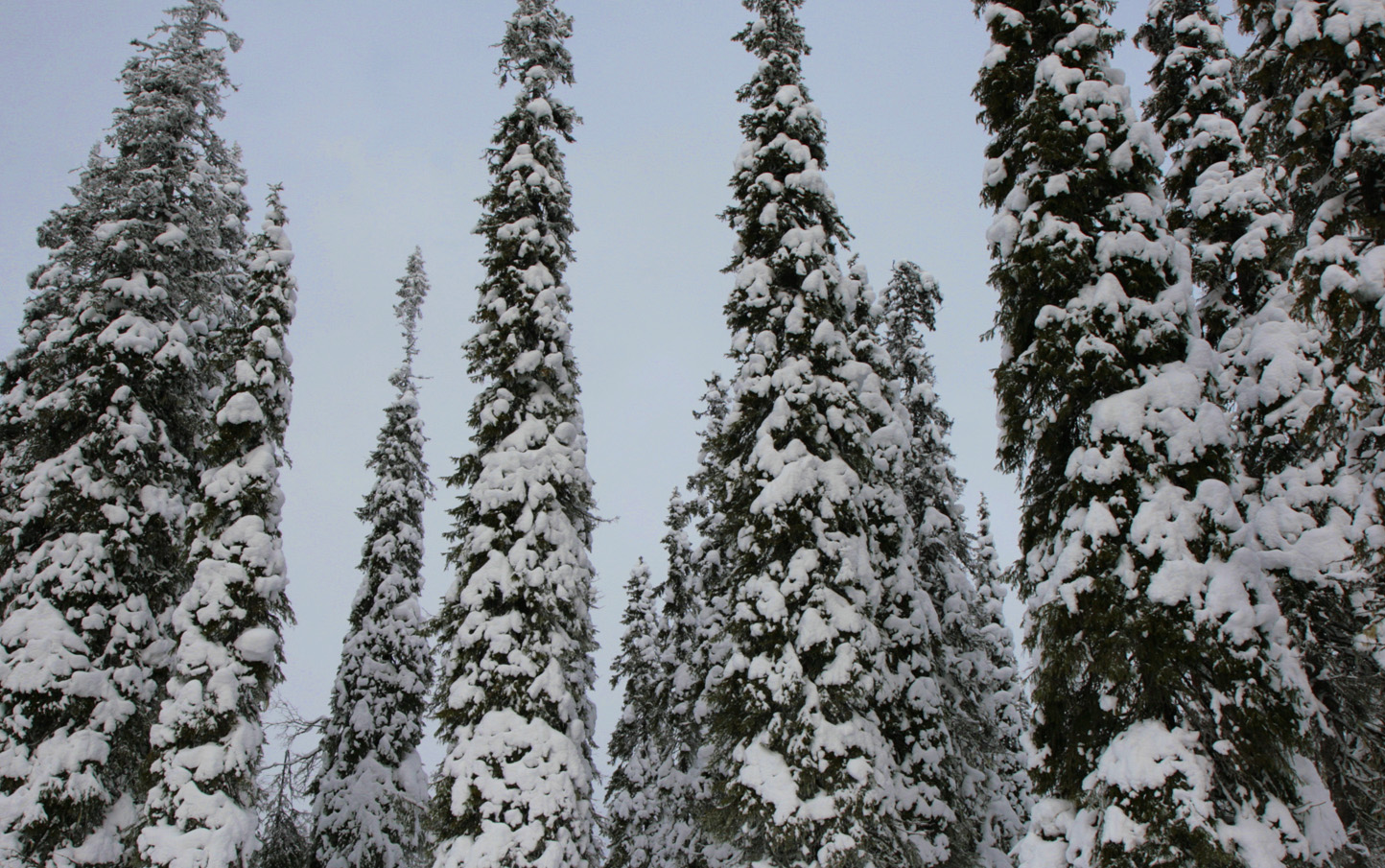 Spruce is able to withstand the weight of snow better than pine. Photo: Anna Kauppi

Modern technology is unable to prevent snow damage, but it is possible to learn to forecast it. Thanks to a forecast, damaged trees can be found and harvested more safely and efficiently.

Early this winter, the forest company Tornator made a forecast of snow damage in its forests, relying on fairly simple baseline data. “We used two sources, data on forest resources and terrain elevations,” says Kimmo Kortelainen from Tornator, one of the biggest forest owners in Finland.

“We were interested in nearly mature and older pine forests above a certain elevation. Of course, damage can also occur in spruce forests at an elevation of 240 metres or more,” says Kortelainen.

The forecast concerned the amount of snowfall, but not the accumulation of rime. Rime can accumulate in areas of several different altitudes and on all tree species.

So far the accuracy of Tornator’s forecast is not known. There might also be more snow damage before the spring, so the forecast can only be evaluated later in the year.

At the moment, forests suffering from snow damage are out of bounds. Under a heavy snow load, trees may behave unpredictably and the risk for injury is high.

Many tools for surveying the situation

Remote sensing can be used to determine actual damage to forests. At the moment, Tornator is studying different RS methods and their feasibility.

A remote-controlled drone, for example, is not useful in Tornator’s case. “It can only fly for half an hour without topping up the batteries. This means that we would only be able to cover 150 hectares a day, of an area that may come up to 30,000 hectares,” says Kortelainen.

Using remote sensing over a large area requires higher altitudes than are possible for a drone. Methods suitable in this case include satellite mapping and laser scanning from an aeroplane. Neither of these perform very well in Nordic winter conditions.

“When the weather is cloudy, there is too little light. And when there are no clouds, the sun is very low even at its highest, which means that the angle of light as it hits the earth in too narrow, and the snow in the trees and the shadows it casts destroy the visibility,” says Kortelainen.

The state-owned forest company Metsähallitus uses people and helicopters to survey snow damage. “But that is expensive, unless you have sufficiently large, contiguous areas to survey, such as Metsähallitus has,” says Kortelainen.

Tornator is likely to begin surveying the damage in March or April.

Snow damage cannot be prevented by forecasts, but they make it easier to deal with the damage afterwards. “If we are able to predict where damage will occur, we are more likely to find all the areas affected and will be able to harvest all damaged trees while they still have some financial value,” says Kortelainen.

Another advantage is related to forest management. When the damaged trees are found and removed, the forest can be returned to a productive conditions more rapidly.
Occupational safety will also be improved. “If we know where the damage is, we don’t have to send people out on random searches,” says Kortelainen.

Kortelainen hesitates to quantify the advantages. “It is clear, though, that if we are able to harvest even a few thousand cubic metres of damaged trees before they lose all of their value, the system is worth paying for,” says Kortelainen.

Snow damage comes in many forms

This year, the most severe snow damage, especially in eastern Finland, was due to a fall of wet and heavy snow, which then froze on tree branches and canopies. The weight of the snow is so great that the trees are sometimes unable to bear it and break down.

Another type of damage is caused by the accumulation of rime. This occurs when the water contained in humid air freezes in tree canopies and branches. Most of the rime comes from water droplets under 0.1 millimetres in diameter, but it also includes snowflakes and ice crystals.

Rain- or snowfall can also cause snow to collect on trees in large clumps, though then the droplet diameter must be over 0.1 millimetres. A load of this type is created most effectively when the temperature is between zero and +0.5 degrees centigrade. The accumulation of clumps is intensified if there are brief periods of sub-zero temperature.

Light winds tend to increase the growth of the clumps, while stronger winds cause them to fall down, as will above-zero temperatures.

Each of these types of snow load has its own name in the Finnish language.