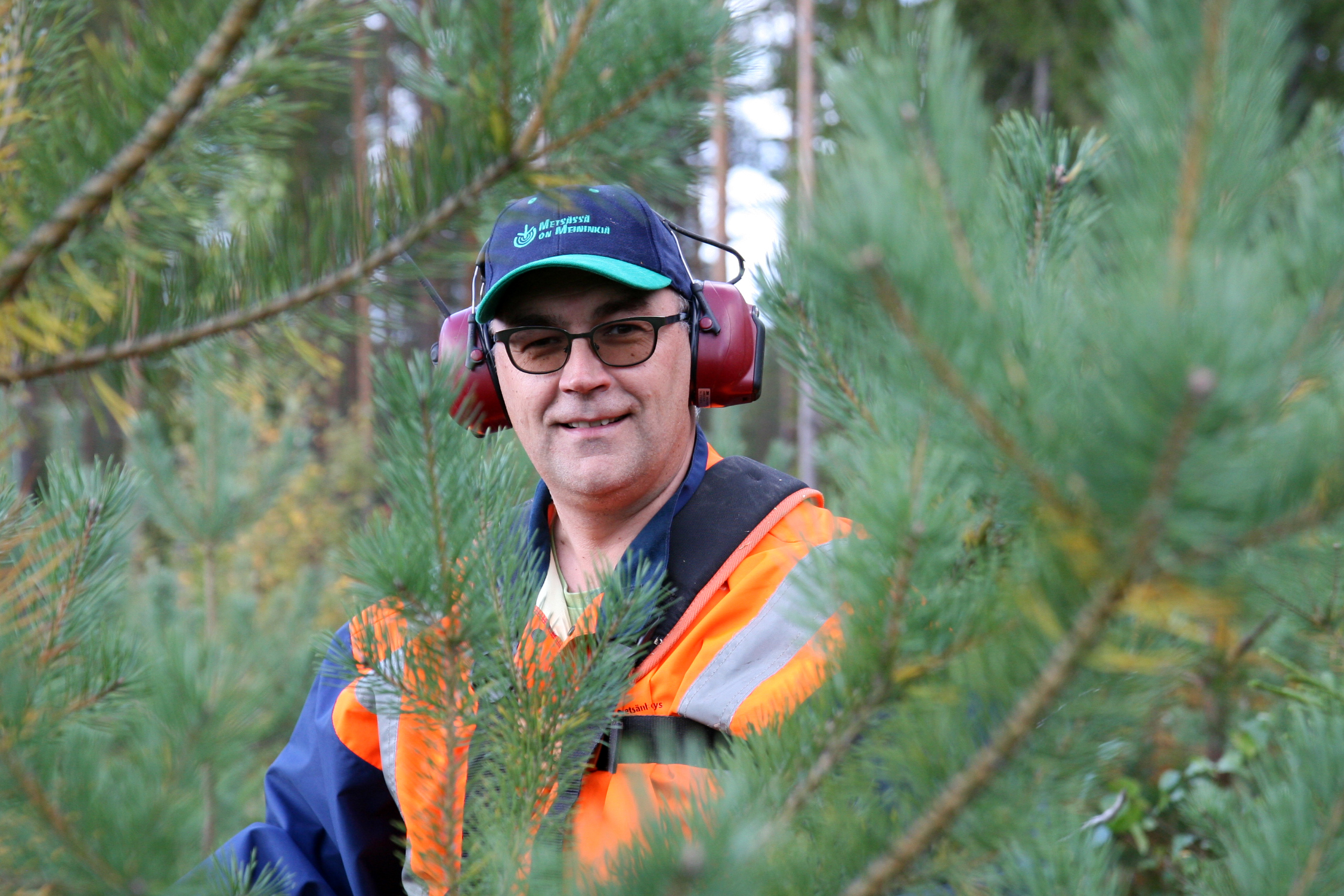 Mikko Tiirola says that family forest ownership safeguards biodiversity. “Forests are an inheritance from our parents and on loan from our children.” Photo: Anna Kauppi

Making use of our forests can save the world. Finnish family forest owners know how to use theirs.

The above could be a quotation from Mr. Mikko Tiirola, a Finnish forest owner and Chairman of the Forestry Council at the Central Union of Agricultural Producers and Forest Owners (MTK).

“Finnish family forest ownership is a huge success story, and it has great significance for the national economy”, Tiirola says.

It is not difficult to find figures to support the story: families own 60 percent of the forests in Finland, and as much as 80 per cent of the raw material of forest industry exports comes from family-owned forests. And you should not forget, either, that with a 20 per cent share, forest industry is Finland’s main export sector.

Tiirola points out that Finnish forest ownership and the story of forestry are, above all, about values and traditions. Finnish families take care of their forests in a sustainable way. For example, the extensive everyman’s right to use forests for recreation was born when it was still necessary to pass through the properties of others to get where you were going.

“Today, we talk about ecosystem services, but spending time in the wilderness, perhaps picking berries, has a long tradition. It has shaped the Finns’ relationship to the forest and created the environmental values people hold today.”

The Forestry Management Associations advise their members about forest management and about timber deals. They also undertake forestry work, and many forest owners authorize the association to tender out their timber deals. In addition, the membership guarantees the PEFC certification for the forest holding.

“Finns take care of their forests in an ecologically, socially and economically sustainable way. We always had good forest laws and forest management practices. Certification helps us to prove this to others, too,” says Tiirola.

Tiirola believes that the role of the Forestry Management Associations will become more important in the future, as more forest owners live in cities away from their holdings.

“If a forest owner lives in Helsinki and the forests are hundreds of kilometres away, they need a trusted forestry expert to, for example, monitor the timber deals.”

At the moment, the local associations are celebrating the Forest Owners Weeks. They organize events all over the country, such as forest skills contests, mushrooming excursions and forest management demonstrations. New candidates are also sought for the association elections held in November.

Raw material of the future grows in Petäjävesi

Tiirola notes that he himself uses the services of the local Forest Management Association of Central Finland every year for the management of timber deals. As for practical forestry work, the Tiirola family strive to do as much as possible themselves.

forest.fi met with Tiirola at his home farm, called Kauppi, in the small municipality of Petäjävesi in Central Finland, with a population of 4,000. Managed by two families, the Kauppi holding has hundreds of hectares of forest and fifty cows.

The farm has been owned by the same family since the early 1700s. Over the centuries, they have burned wood to produce tar and carried on slash-and-burn cultivation, and logs have been sold to sawmills.

“In the future, the raw material from our holding can be used, for example, to make anything that is currently made from oil-based plastics,” says Tiirola.

In Finland, however, the increasing use of wooden raw material is a controversial topic. Government plans to increase loggings and, in particular, the use of wood for bioenergy arouse criticism. It is feared that increased fellings will shrink the carbon sinks in forests. However, the Finnish carbon storage is growing all the time and will continue to do so, because the planned loggings have been dimensioned to ensure this.

Tiirola points out that a harvested forest will be always replaced with new trees, which absorb carbon even better than the older ones. Also, all wood-based products, such as a paper shopping bag or an apartment block, act as carbon storages – in the best case, until the forest used to make them has grown back.

“Besides, musealizing forests would just mean the continued triumph of fossil materials. Instead, opting for bioeconomy and using wood can affect the climate change and also prevent the pollution of seas.”

The Central Union of Agricultural Producers and Forest Owners (MTK)

Test, what type of everyman you are!

Forest holdings both shrink and grow