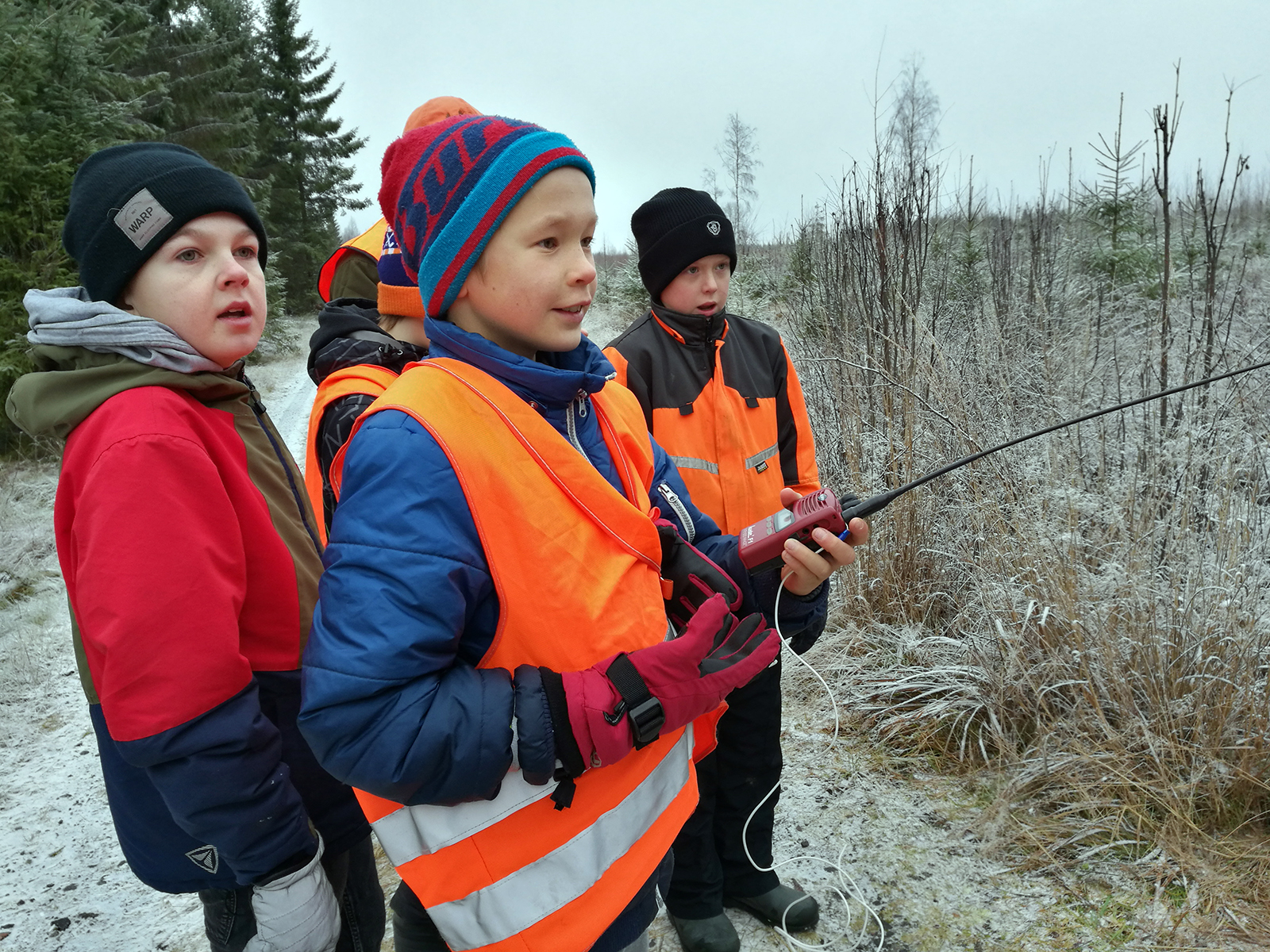 In the Läyliäinen village in Loppi, about an hour’s drive north-northwest of Helsinki, exceptionally many people know when a dog’s bark signals that it has located an elk. The local hunters’ association has arranged a Hunt Day for the village school sixth-graders for over 20 years.

“It could be just there, with the dog going round in circles like that,” thinks Tuomas, and by now everyone’s toes are cold after standing at a pass on a winding road in the forest.

Sixth-graders Tuomas, Samu, Eetu and Oskari look up from the mobile´s GPS dog tracker application which they have used to see what Lilli is up to in the forest nearby. Lilli is a Norwegian Elkhound and is trained to hold the elk at bay. Now that the line describing Lilli’s movements keeps circling around a single spot, there might be an elk at the centre of the tangle.

Ahead of the day in the forest, the class of 26 schoolchildren have learned about the basics of hunting and game management in the classroom. The boys report that they have also learned a lot about everyman’s rights, such as what is or is not allowed when moving in the forest and what you may gather or pick there.

“To a great extent, hunting is about spending time in the forest, about respecting nature and doing things together. At the same time, the kids learn things like making a fire and recognising different types of forest and the species living there,” says Miska Alén, teacher of the twelve-year-old sixth-graders.

Petteri Koponen from the hunting association is the boys’ guide at their designated spot. He also emphasizes the fact that hunting teaches people about how to behave in the wilderness and to learn about nature.

“Likewise, activity in the association includes many other things besides actual hunting. Take today for example, there are a whole crowd of us doing voluntary work on a weekday,” he says.

Even schoolkids know that elk populations must be culled

The weather on the Hunt Day is nice and crisp: the frosty ground shows tracks of forest reindeer and mountain hare. Lynx is also sometimes seen here.

Elk is an animal familiar to the schoolchildren in Läyliäinen. Not many have participated in hunting them, but many have seen elk, which can reach a height of over two metres, standing at the edge of a field or by the roadside. The estimated size of the elk population in Finland is about 85,000, and in this rather sparsely populated area there are plenty of them.

The number of permits granted to fell elk this year is about 50,000. Hunting is a recreation, a tradition and a way to procure ecological meat from the vicinity, but it is also a necessity if the elk population is to be kept in check. Läyliäinen is situated in the Loppi municipality, and in Loppi alone elk cause dozens of road traffic accidents each year. They also damage young stands of pine and broadleaf trees, feeding on them particularly in winter.

The Hunt Day is organized by the elk hunters in the Talvion Riistamiehet association, and this year they have eight permits, two of which has still not been used.  Today, however, elk number eight will not be felled, for on the school Hunt Days there are no bullets in the rifles.

Lilli the elkhound seems not to have heard that today is not for real. Following her movements with GPS, Tuomas, Samu, Eetu and Oskari were right: she has located an elk and is now signalling from behind a stand of spruce.

Best part of the day: the picnic

The dog’s signalling electrifies everybody and they try to see behind the spruces. They all know that last year, the dog chased an elk straight to the kids at their pass and on past them.

Now, however, Lilli can be heard to move further away, and the hunters decide to take the kids back to the association’s lodge to grill some sausages. It is here that you can see the spirit of voluntary work and pulling together: the well-tended yard and the lodge that has stood on its solid stone foundation for over a century. Jussi Rajaoja, the association’s chair, tells the schoolchildren that the former farm has been managed by the hunters since the 1970s.

The Talvion Riistamiehet association is one of over ten hunting associations in Loppi, with a membership of about 30. Half of them, most of adult men, hunt for elk. They hope that in addition to give everyone a personal insight into the hunting hobby in its various forms, the Hunt Day will kindle a permanent interest in hunting in the kids.

The Finnish Hunters’ Association also wants to safeguard the continued tradition of hunting in Finland and the handing over of the skills of responsible hunting to new generations. Through its campaign Young people to forge the future!, the association has solicited donations during the year, to enable young people to become involved in the activity. There is also a list of local associations prepared to accept young people as members.

After polishing off the sausages at the lodge, the kids wander through a trail showing them the use of traps in hunting and different types of hunting weapons. At an airgun range set up in one of the former farm buildings, I ask them what was best about the day. They don’t hesitate: “The picnic!” 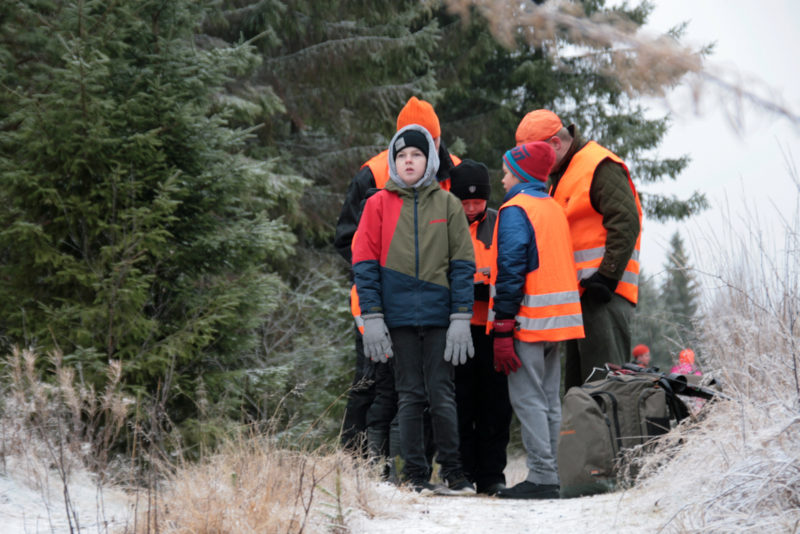