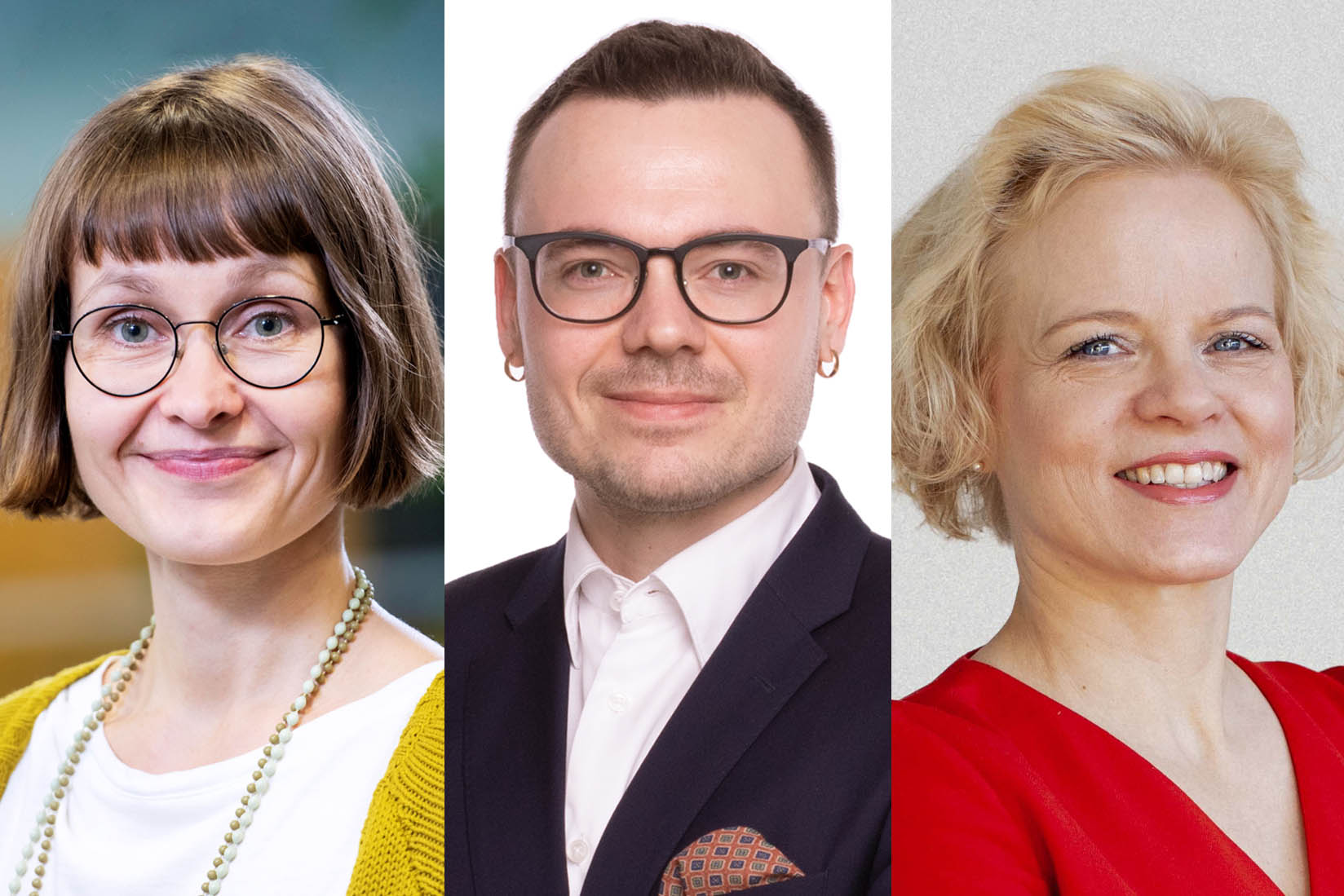 According to PTT’s forest economist Marjo Maidell (left), Tino Aalto, Managing Director of the Finnish Sawmills Association and Maarit Lindström, Chief Economist at the Finnish Forest Industries Federation inflation will have consequences for the Finnish forest and sawmill industries.

In Central Europe, mill shutdowns are likely towards year-end because of the energy situation. For Finland’s forest industry, energy has become a competitive advantage.

Inflation in the eurozone reached ten percent in September, and according to experts, this will have consequences for the Finnish forest and sawmill industries, too. An important background factor is Russia’s attack on Ukraine since 24 February.

According to Pellervo Economic Research PTT, especially the price of electricity has gone up significantly, but for the Finnish forest industry this is not unambiguously negative.

Forest industry consumes a great deal of electricity, but at the same time, its production processes generate electricity and heat. Only part of this is needed by the companies themselves.

The excess energy is sold by the companies to the national grid and the local district heat networks. The forest industry groups UPM, Stora Enso and Metsä Group also own, either directly or indirectly, shares in nuclear and hydroelectric power plants.

’At current electricity prices and during the peak prices that are expected, these are significant competitive advantages,’ says PTT’s forest economist Marjo Maidell in a bulletin.

Maidell considers it likely that especially in Central Europe, mills will be shut down before year’s end. This may be due to operation being unprofitable and the poor availability of energy.

’In fact, energy has become a competitive advantage for the chemical forest industry in Finland,’ Maidell says.

In an extreme case production would stop

The energy inflation could also affect the forest sector negatively. According to Maarit Lindström, Chief Economist at the Finnish Forest Industries Federation, in extreme cases a sharp rise in energy prices and restrictions of electricity supply could lead to mills being shut down. This would lead to temporary difficulties in product availability.

’So far there have been no signs of this in Finland. Plenty of measures are being taken in Finland and other countries to safeguard the energy supply, to curb the price level and to save electricity,’ Lindström says.

Lindström says that both in Finland and the rest of the eurozone the ’dominant’ phenomenon is the cost inflation. This is due to the combined effect of the cost of energy, imported products, transport and raw materials.

’The cost increase means that companies will have to operate on smaller margins, if market conditions allow only some of the increase to be transferred to product prices,’ Lindström points out.

According to Lindström, inflation leads to companies being more cautious about investments. Monetary policy is expected to become tighter and market interest rates to rise, which will affect the calculated profitability of investments.

Most of the Finnish forest industry production is exported, both to the EU and elsewhere. Inflation will weaken consumer purchasing power and can easily affect customer demand.

’Inflation also gradually slows down investments and economic growth in the exporting country. This means that exports by Finnish forest industry companies will also slow down, unless some positive changes are seen in other market factors,’ Lindström says.

However, she does not think that inflation necessarily causes a rise in the prices of forest industry consumer products, because of the tight international competition.

Tino Aalto, Managing Director of the Finnish Sawmills Association, predicts that the volume of domestic deliveries from the sawmill industry will go down.

Sawmill products are mainly used in construction. This includes one-family houses, leisure homes and such things as patios and other garden structures, all of which will be affected by inflation and higher interest rates.

’Many of those who would like to invest in a wooden house or summer cottage, for example, will have less money at their disposal than before,’ Aalto says.

He also points out that during the COVID-19 pandemic, the volume of wood construction grew significantly, but the activity has now taken a downward turn.

Three quarters of the Finnish sawn goods production is exported. In global terms, there is a considerable drop in construction volumes, but Aalto is confident that the demand for Finnish sawmill products will remain steady, since exports from Russia, Belarus and Ukraine are now missing.