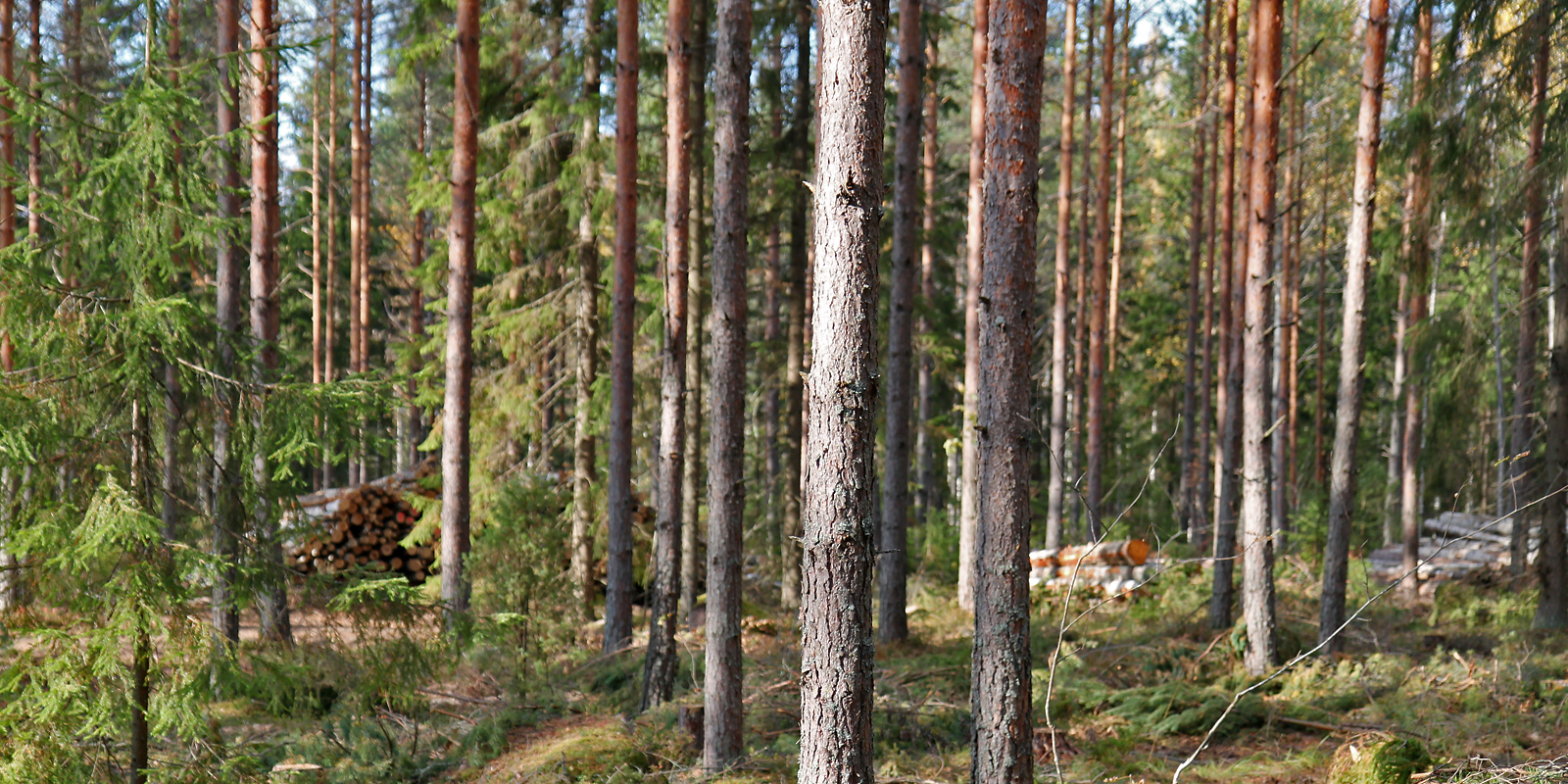 Increasing the area of forests as well as the number of trees and their stem size will accelerate forest growth. By this easy and cheap method, fellings can be increased and climate change mitigated simultaneously.

A diverse debate is ongoing about the use of forests in mitigating the climate change. Diametrically opposite recommendations are often given on what to do with forests: some say the only course is to protect all forests, others that they should be used.

The pamphlet To fell or to save?, published in the context of the Finnish Forest Days event, explains why this is not the right question to ask. It is both possible and recommended to simultaneously increase forest resources and loggings to establish a base for bioeconomy.

Written by Mr. Pekka Kauppi, Professor at the Department of Environmental Sciences at the University of Helsinki, and Mr. Hannes Mäntyranta, Communications Coordinator at the Finnish Forest Association, the pamphlet explains why this solution is also very cost-effective for society, as using the forests brings in enough revenue to offset any costs.

The use of fossil fuels – coal, oil, natural gas, shale gas – keeps growing. ”And by more than we could even guess. Our worst scenarios are being realized,” he says.

In Finland the economy is at a stalemate, but in many other parts of the world, economy has been thriving throughout the 2000’s. The economic growth in China is based on energy derived from coal, for example.

“The carbon dioxide emissions per capita are greater in China than in the European Union, even though the standard of living is much lower there,” says Kauppi.

On the other hand, deforestation has slowed down. The forest area is growing in more and more countries, and the forests are denser. In this respect we still get to hear bad news, too, especially from Indonesia.

The fact that forests are getting denser does not mean that their nature values are automatically better. Still, a dense forest growing stout trees is better than a sparse one: it sequesters more carbon from the atmosphere.

For example, there is an average of 122 cubic metres of wood on one hectare of Finnish forest land. The amount has grown by nearly 60 percent since the 1960’s.

Fellings and forest resources can grow at the same time

The main message of the book is that forests must be both saved and used. “The two are not mutually exclusive activities. Reconciling the use of forests and the increasing of forest resources is not even difficult,” Kauppi says.

In Finland, both timber stock and annual growth have increased simultaneously with the use of wood, for example. If the aim is to increase growth, forest resources will also increase.

Already, without any special actions, the carbon sink in forests stores a considerable share of fossil carbon dioxide emissions; the EU figure is ten percent. The significance of the carbon sink in the forests is greater for the EU than the combined effect of its support to the increasing use of wind power, direct solar energy and biofuels.

Planting forests in treeless areas, appropriate fellings, increasing the denseness of forests and the stoutness of trees can be used to achieve a quarter of the required global reduction in atmospheric greenhouse gases.

The method is ”too easy”

Why has the solution described above not been used? Kauppi says it has been considered an easy way out – but this is contrary to the recommendations of the International Panel on Climate Change (IPCC). Kauppi himself served on the panel at the turn of the millennium, and the panel’s experts say that the easy and cheap methods should be used first, followed step by step by more difficult solutions.

In any case, increasing the timber stock by using wood comes cheap, as it pays for itself: timber can be sold and refined into products. At the same time, a basis for bioeconomy is created. In global terms, more attention must be paid to good silviculture practices.

Instead of the carbon sinks of forests, relatively trivial things are monitored in international climate processes, such as whether the forested area increases or decreases by half a percent. A much greater carbon sink is created by the increase of timber per hectare, and this is not monitored at all.

It is occasionally suggested that forests should be frozen as carbon stores by stopping fellings. Kauppi says this would be a shortsighted policy.

“That would net us a short-term decrease in the amount of atmospheric carbon dioxide, but the forests’ ability to sequester carbon would quickly dwindle and in the long run, the situation would be even worse than before,” Kauppi says.

Team up with Sweden and go for the world

Kauppi points out that all natural resources should be used efficiently. If you fell a tree, you should use all of it.
Kauppi hopes that Finland would hoist its forest banner higher. Finns know and are skilled at doing a great many things, and should export this know-how better. He says it is no accident that Finns build pulp mills in Uruguay and China.

“We know how to do it well,” Kauppi says.

He thinks Finns and Swedes should team up in climate issues and start to advocate the Nordic way of using forests in the rest of the world, though, of course, taking into account the differences between countries. Finland and Sweden have a lot in common and cooperation would bring power.

“In the EU, for example, we cannot just sit and wait for others to propose something. We have to talk about our way of managing forests, since it has functioned in the past and will function in the future,” Kauppi says.

The pamfelt will be published in English later this year.