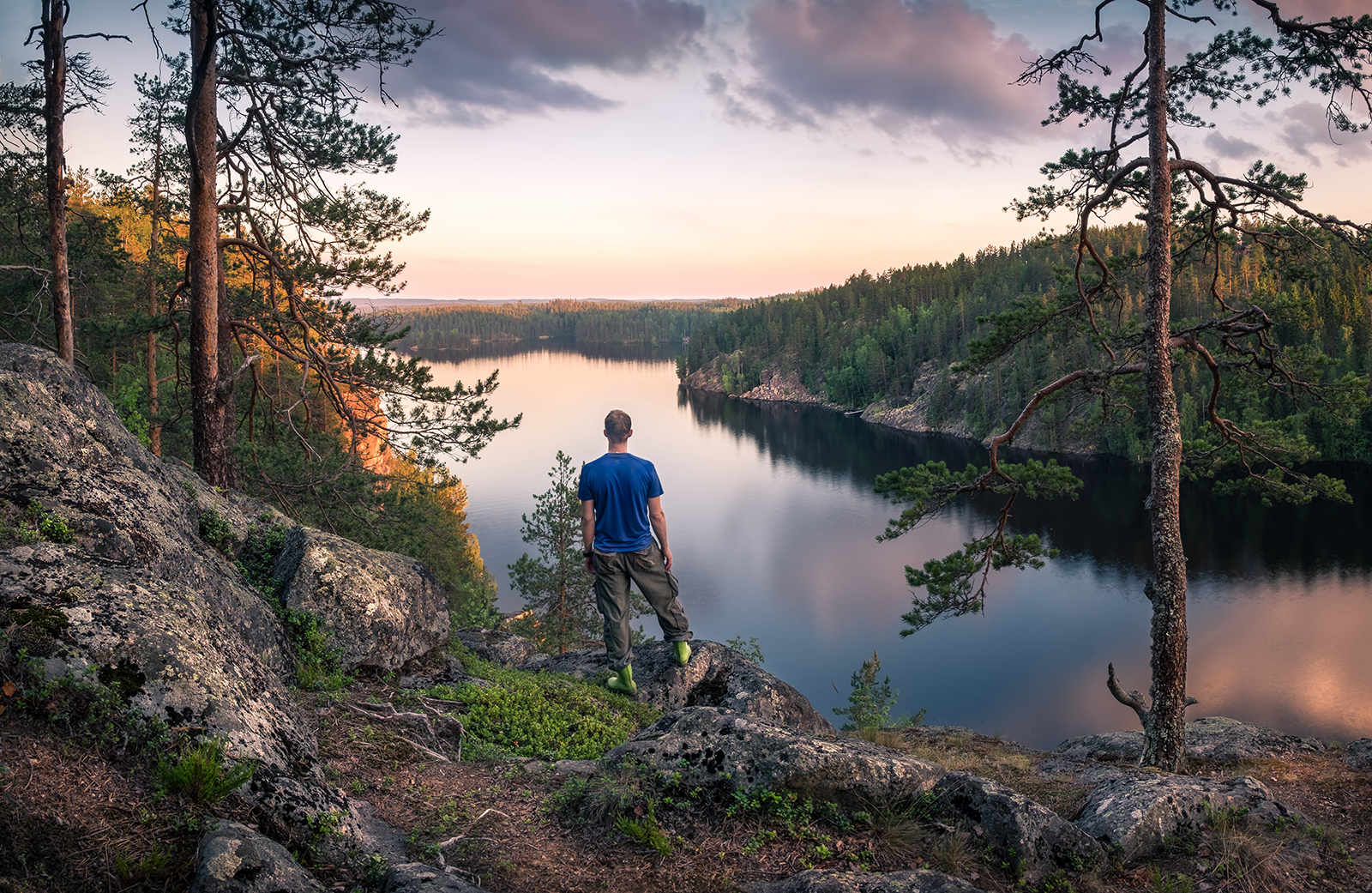 A total of 75 percent of Finland’s area is covered by forest. Photo: Jani Riekkinen

The Forest Finland communication project is designed to highlight the unique value that forests have for Finland. It encourages Finns to take a look at the solutions offered by forests for both recreation, climate and the economy.

As a joint effort of the forest sector, Forest Finland (Metsien Suomi) is exceptional: it is the first joint communication effort of this calibre in a long time for safeguarding the future of the sector. The forest sector is of crucial importance to Finland. Three out of seven of Finland’s  most important export products, for example, come from forests.

The key message of Forest Finland is that forests are involved in everything. A total of 75 percent of Finland’s area is covered by forest.

“Over 20 percent of our export revenue is derived from forests. At the same time, forests offer us recreation and mental well-being,” says Juha Hakkarainen, Forest Director at the Central Union of Agricultural Producers and Forest Owners (MTK).

The key message of Forest Finland is that forests are involved in everything, at least in the background.

“Forests have played a weighty role in the successful development of the Finnish welfare state. Measured by many indicators, Finland is the world leader, and to a great extent this is precisely because in our forests we possess this extraordinary renewable resource,” Mäkinen continues.

Campaign talks about the future

Mäkinen stresses that the forest sector is looking towards a brighter future.

“This is something we need to emphasise,” Mäkinen says, talking about the aim of Forest Finland.

Several global megatrends, such as population growth and decarbonization, will increase the demand for forest industry products. In the next few decades demand will grow as hundreds of millions of people rise from poverty to the middle class.

“In future, consumption must be more sustainable than it is now. We must move away from fossil economy. Timber as an accumulating resource will solve many problems related to that process,” Mäkinen says.

This will also be seen in the Forest Finland project. Above all, it will highlight the solutions offered by the forest sector for both humankind and average consumers, at the moment and in the future. The on-going media campaign can be seen and heard on almost all commercial Finnish TV channels, several radio stations and in outdoor and social media.

As regards climate issues, the forest sector is in a key position. Growing and vigorous forests are needed to curb climate change.

“High-quality, sustainable forestry and wood-based products have a cooling effect on the climate. This is an ingenious alliance that we want to remind people of with our campaign,” Mäkinen stresses.

“How would you characterise sustainable forestry if not as climate-smart,” Hakkarainen asks. He points out that the more than 600,000 forest owners in Finland are in charge of almost 80 percent of the timber flows in forestry, but also of most of the biodiversity and recreation provided by forests.

’This is something worth campaigning for. Individual families, forest owners, are climate heroes, who generate well-being for us,” is how Hakkarainen justifies the need for the Forest Finland project.

The Forest Finland project also strives to raise the nation’s consciousness about climate issues in a concrete way by giving out disks with pine seeds in the K-Rauta hardware shops and the Isku furniture shops.

Forest debate in Finland is affected by the Finns’ personal relationship to forests. “We are people of the forest. We have a close relationship to it,” notes Hakkarainen.

Nevertheless, Hakkarainen is concerned because some Finns are no longer very clear about certain basic facts related to forests.

“More and more people live in urban areas, and they haven’t all got an overall understanding of the uses of forests and forest management, even if they own some forest,” Hakkarainen ponders.

Forest debate is diversified and lively, but the level of informedness varies greatly. “Compared to many Central European countries, the Finnish forest debate is often rather emotional,” says Lazarov.

The sector itself would like an open debate in both traditional and social media. “Everyone has their personal opinion on forests, and that’s how it should be. We started this project because we want to remind people about all the different values and issues related to forests,” Lazarov says.

Lazarov talks about informedness and awareness: the project is designed to increase both. “Forests are supra-generational. In the areas where Metsähallitus is active in the north and east of Finland, people have a different attitude to forests compared to people in southern towns, where there are several urban generations by now,” says Lazarov.

“We hope that every Finn could find their own forest in a new way. Because it’s right there, on average just 700 metres away from any of us, as is shown by a study referred to in the project,” Lazarov reminds.

The Forest Finland project is designed to update the image of what modern uses of forests are.

“The pace of product development in the forest industry has been tremendous, and it’s been great to see how it just keeps getting faster. New products that promote sustainability and circular economy are being developed at top speed,” says Markus Heinonen, Marketing Manager of Forest Finland.

Heinonen’s background is not in or of the forest. Just a year ago the whole sector was unfamiliar to him.

Today he says that for about a year now he has been marvelling at the pace at which the sector is generating new and sustainable development. “The best thing has been to learn about the great range of innovations coming from Finland,” Heinonen says.

Heinonen is impressed by the long history and know-how linked to the use of wood in Finland. In addition to actual products, know-how is also an excellent thing to export.

“Oil-based plastics do have their place in the world, but wood-based innovations can replace a significant share of fossil raw materials. Pretty soon, it won’t be timber we are selling, but something completely different, when wood is used for new high tech products,’” Heinonen thinks.

The project also brings visibility to everyday things related to forests. When, for example, we squeeze ketchup on our spaghetti, that also contains wood-based pulp. Nor would tooth paste be what it is without wood cellulose.

“Approaching the matter in this way brings wood as raw material closer to average consumers, who are sure to be surprised by these connections. And that’s exactly what we are aiming at with Forest Finland,” says Heinonen.