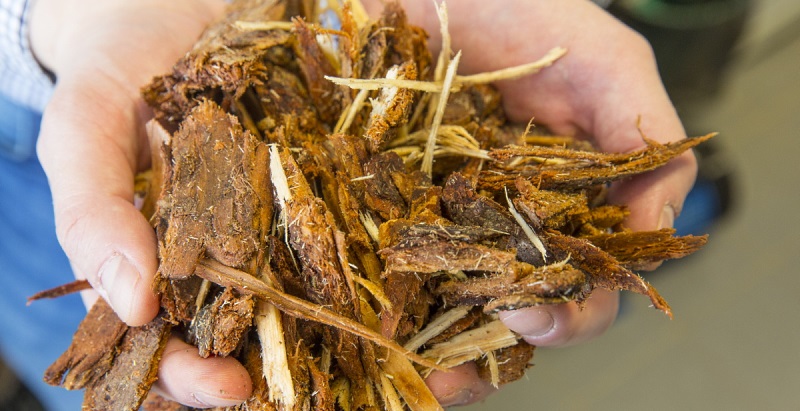 Natural Resources Institute Finland, together with the Universities of Eastern Finland and Oulu, is developing preservatives for wood based on wood’s natural protection mechanisms The aim is to create a product that is easy to use, suitable for industrial production, sustainable in outdoor use, recyclable, for example, for energy and competitive in price.

Natural protection mechanisms of wood are based on extractives, such as tannins, lignn, flavonoids and stilbene. These extractives can be found especially from heartwood, cones, bark and knots.

The research concentrates on tannin, which suppresses the growth of bacteria and fungi. It also is easy to extract in large amounts from the bark of softwood, which nowadays is most often used in energy production.

Tannin is extracted by hot water without organic solvents, acids or alkaloids. So far the perceived weakness with tannins is that they do not persist in wood long enough.

Persistence is planned to be improved by fixing the tannins to the wood with nanocellulose, which can form durable bonds with the tree tissue. The surface structure of nanocellulose is to be modified in such a way that microbes cannot degrade it. The easiest way to produce nanocellulose is to use commercial, bleached, chemical pulp as raw material.

Another preservative could be found from pyrolysis liquids, distilled from wood. These are studied in this project as well.

The effect of the preservatives are to be tested at an experimental station of the Institute. The first results will be published in summer 2017. According to the resarchers, ineffective wood preservatives can be singled out within three months. Testing is usually continued until the strength of the impregnated wood plummets.