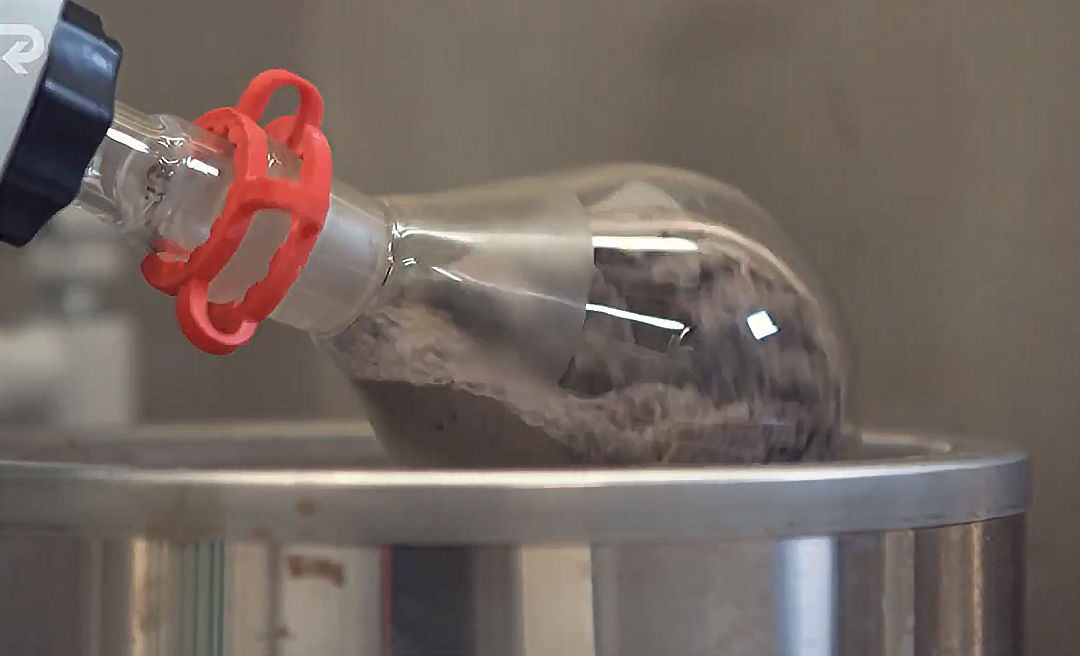 Researchers use a simple mixing process to combine compost with potassium-rich wood ash from a power plant. Photo: Promedia/Jani Wallenius

In 2018, researchers at Aalto University began to study what could be done with the huge mound of compost accumulating at Finland’s largest biogas plant in Lahti. The compost was originally used as fertilizer on farms, but as it is made of municipal waste, farmers no longer accept it.

The researchers came up with a forest fertilizer, produced in a simple process by mixing the compost with wood ash from a power plant.

The compost contains both biowaste and digestate, the latter derived from the processing of water purification sludge into biogas. ‘The amount of compost produced in the Lahti region is 20,000 metric tons a year,’ says Antti Pietiläinen, doctoral student at Aalto University.

The fertilizer, named Putretti, contains phosphorus, potassium, carbon and slow-releasing nitrogen. ‘The fact that carbon is not affected by the process is an excellent thing, as it’s an important soil improver,’ says Professor Olli Dahl from Aalto University.

The fertilizer production process consumes very little energy, and according to preliminary calculations, the climate impact of the product is only about 11 percent of that of synthetic fertilizers. In contrast to the manufacturing of synthetic fertilizers, Putretti requires no chemicals, such as nitrogen-rich urea or phosphorus from the mining industry.

‘In compost, nitrogen is bound with organic matter, which is why it isn’t leached into runoff water. Instead, it’s released with the decomposition of organic matter over a number of years and can be used by trees,’ Pietiläinen adds.

The researchers aim to have the industrial production of Putretti started in two years and to launch it commercially in five years. Among other things, however, this will require amendments to legislation: in Finland, at least, organic matter may not be used to fertilize forests, while wood ash is allowed.

Another issue to be addressed are the traces of plastics and pharmaceuticals originating in municipal waste. The source of microplastics is water from laundering synthetic textiles, and unused pharmaceuticals are often thrown into the toilet instead of doing the right thing and taking them to the nearest pharmacy.

‘We have designed a process for removing microplastics, but are still looking into how to capture traces of pharmaceuticals,’ says Dahl.
In addition to Aalto University, the project partners include Natural Resources Institute Finland and Lahti Region Development LADEC. The project is financed by the Regional Council of Päijät-Häme.