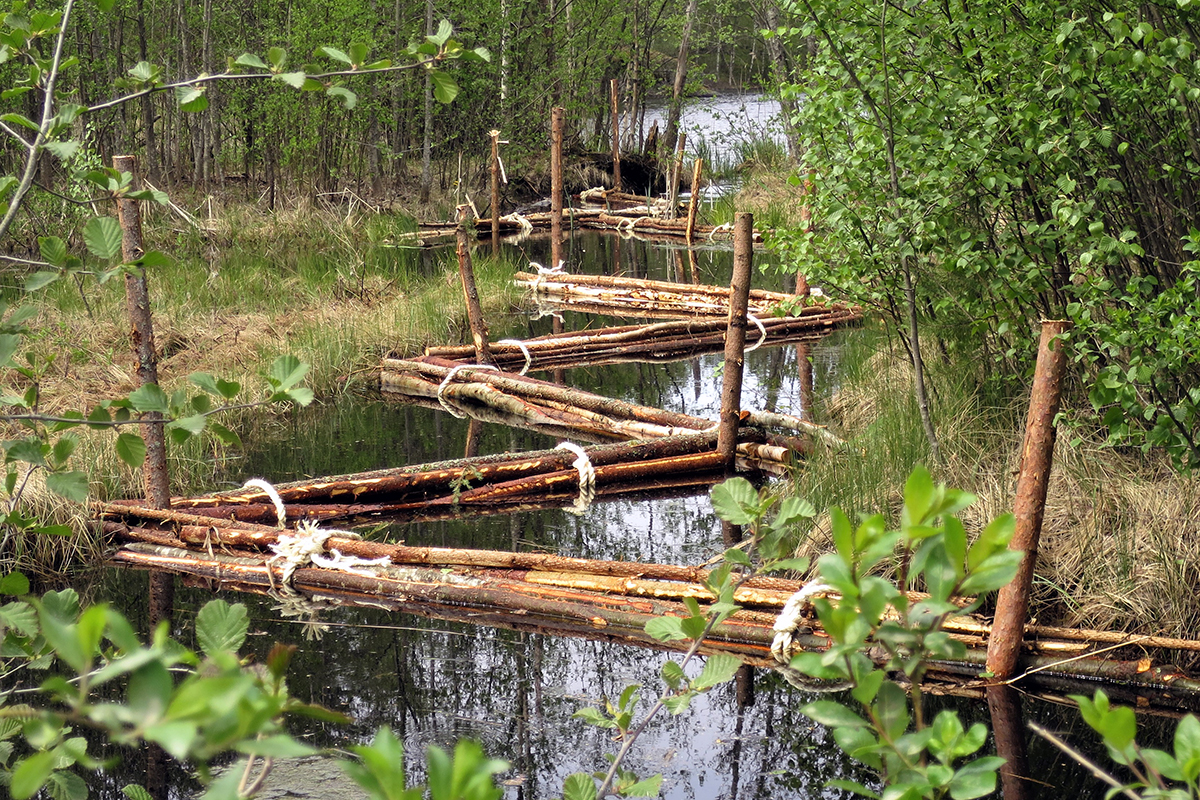 Emissions from forestry into waterways may be cleaned by sinking raw wood, felling residue or small-diameter wood into the sedimentation basins of outlet ditches. Underwater timber has a purifying effect on runoff from agriculture and forestry, says the Finnish Environmental Institute SYKE in its newsletter.

Current protection measures against runoff from agriculture and forestry have been found insufficient. The volumes and peak values of runoff have increased due to, for example, the straightening and clearing of flowing water courses below ditched forest areas, which has been carried out across several decades.

This has involved work on waterways, shorelines and wetlands, leading to the deterioration of their biodiversity and natural ability to retain nutrients, humus and solids.

It is therefore also hoped that purification with sunken timber will improve the state of aquatic biotopes and fish populations.

Timber-based purification is an effective means of water management across entire drainage areas even on a large scale, the Finnish Environment Institute believes. The Institute is in charge of the PuuValuVesi project, piloting the functioning of timber-based purification in the water management of drainage areas. The project is based on the earlier PuuMaVesi project.

The project has found that the surface of the sunken timber acquires a biofilm and a range of species feeding on it. Both of them filter nutrients, humus and metals from water.

Under favourable conditions, underwater timber will continue to feed the organisms and also act as a carbon storage for up to thousands of years.

In forestry sedimentation basins, a purification facility made of small-diameter timber was found to reduce the solids load during floods by almost 80 percent. The aim is to introduce similar facilities to agriculture, too.

Led by the Finnish Environment Institute, the project is implemented as broad-based collaboration including forest management and forest sector authorities and businesses, as well as NGOs. The number of pilot sites is five.