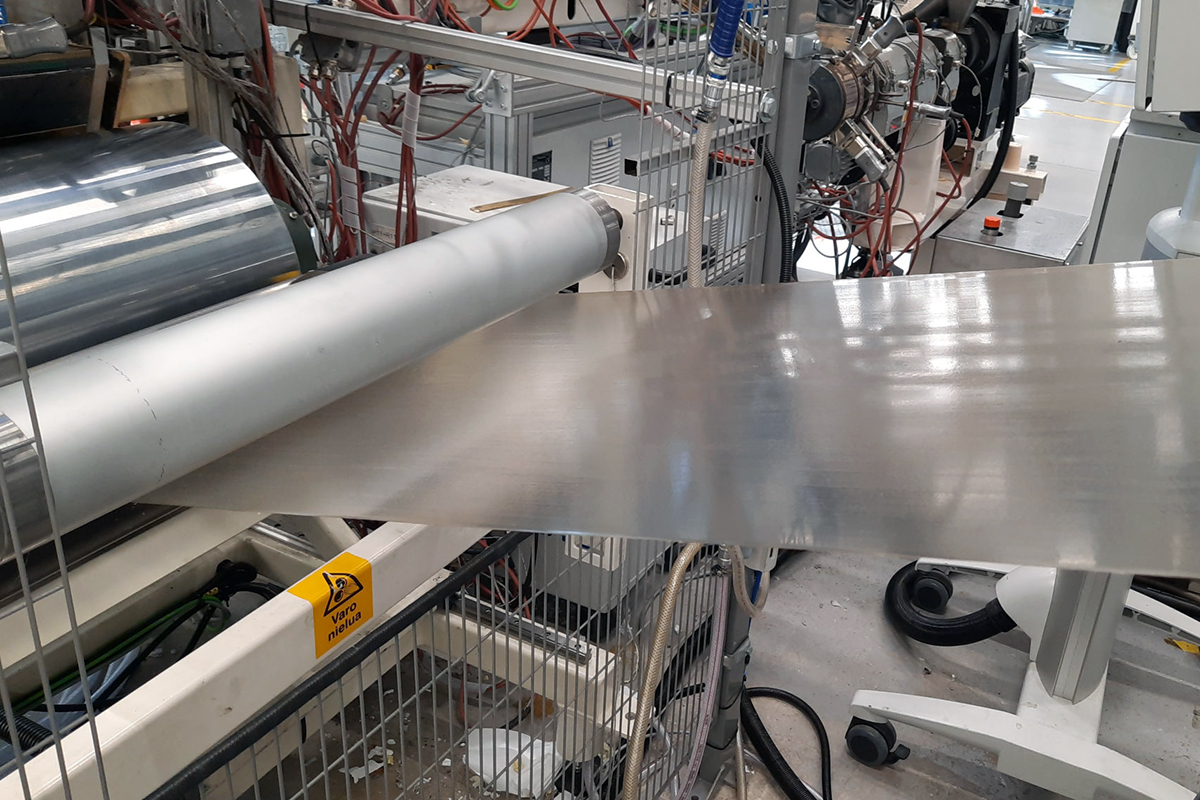 The users and manufacturers of packaging are looking for bio-based alternatives that could be processed, used and recycled like conventional plastics. A thermoplastic material made of cellulose and fatty acids, developed by VTT Technical Research Centre of Finland, is now being tested in cooperation with the food companies Arla Foods and Paulig and the packaging materials manufacturer Wipak.

Films used for food packaging must be as thin and strong as possible and protect food safely. Thanks to development work at VTT, many properties of the new film already comply with the requirements of the food industry.

The Thermocell material, made of renewable ingredients, is to be used in the same ways as fossil plastics. It can be used for injection moulding, coating paper and paperboard and 3D printing.

Being made of wood, its raw material does not compete for land with food production.

The most striking feature of this cellulose-based material is its thermoplasticity.

‘We aim to demonstrate that the Thermocell film can be produced on an industrial scale, using the same equipment as with traditional plastic films, and that its properties meet the requirements of the food industry,’ says Jarmo Ropponen, head of the research team at VTT.

Thermocell has already proved to be a good protection against water vapour, and none of its components migrate into the food. The film can also be heat sealed using standard equipment.

The thinness of the Thermocell film is a significant achievement. With the progress of the production testing, the film has become more even and its thickness is down to only one hundred micrometres. A micrometre is one thousandth part of a millimetre.

Still, it must become even thinner than that to be able to compete with thin plastic films. The aim is also to improve its strength and protective properties.

‘Feedback from our partner companies has enabled us to pay attention to other features important in the market. An example of them are the friction characteristics of the film, which affect its use on industrial packaging lines,’ says Ropponen.

The recyclability of Thermocell has been found to be almost equal to that of widely-used thermoplastics. It can be melted and extruded five times or more without weakening its properties significantly. The aim is to produce a film that is compatible with the collection and recycling systems in the main market areas.