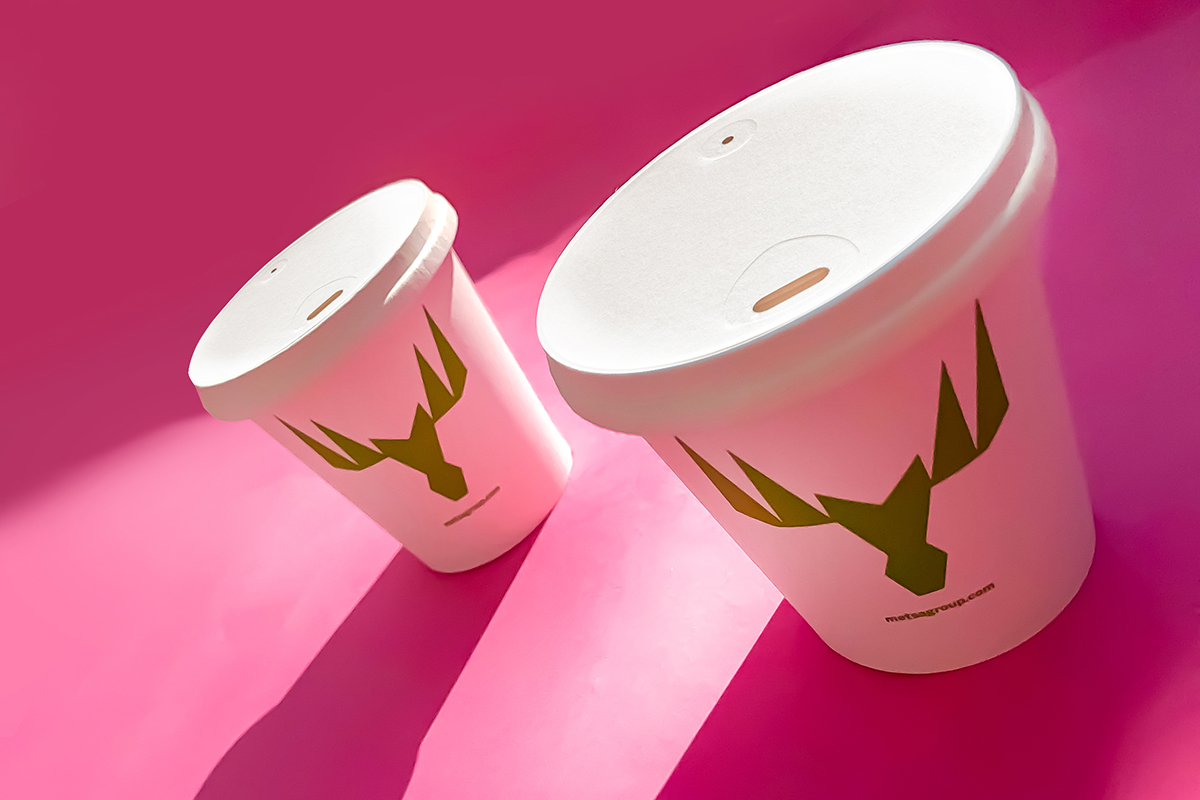 New paperboard lids for beverage cups will reduce the need for plastic. Image: Metsä Board

A completely new, recyclable paperboard lid has been developed for paperboard beverage cups. It is expected to become a game changer in the takeaway beverage market. Each year, in Finland alone, 350–400 million disposable beverage cups are bought, as well as 150 million lids, which until now have mostly been of plastic.

The paperboard lid was developed in collaboration by the startup company The Paper Lid Company and Metsä Board.

The insulating layer in the paperboard used for the lid consists of a water-based dispersion barrier, and the paperboard itself is made of renewable and recyclable primary fibre. Thanks to the technology developed by The Paper Lid Company, the paperboard can be precisely moulded to sit snugly on top of the cup. The company has worked intensively for several years to perfect this.

’We have successfully developed a new solution, which I believe to have great potential and change the takeaway cup market,’ says Matti Salonoja, founder of The Paper Lid Company in a media release.

The dispersion-coated lid can be used for hot and cold beverages. The lid has only one component, which snaps tightly onto the cup to protect the contents in the same way as conventional plastic lids do.

The paperboard lid is also fully recyclable. Its carbon footprint is over 50 percent smaller than that of a corresponding plastic lid.

According to Ilkka Harju, Packaging Services Director (EMEA and APAC) at Metsä Board, the paperboard lid is a good example of a product that cuts down on the use of plastics and, thanks to being recyclable, promotes circular economy.

The new solution has attracted positive interest, and the lid will shortly be launched commercially. The production line of The Paper Lid Company is already capable of full-scale production.

Media release of Metsä Board