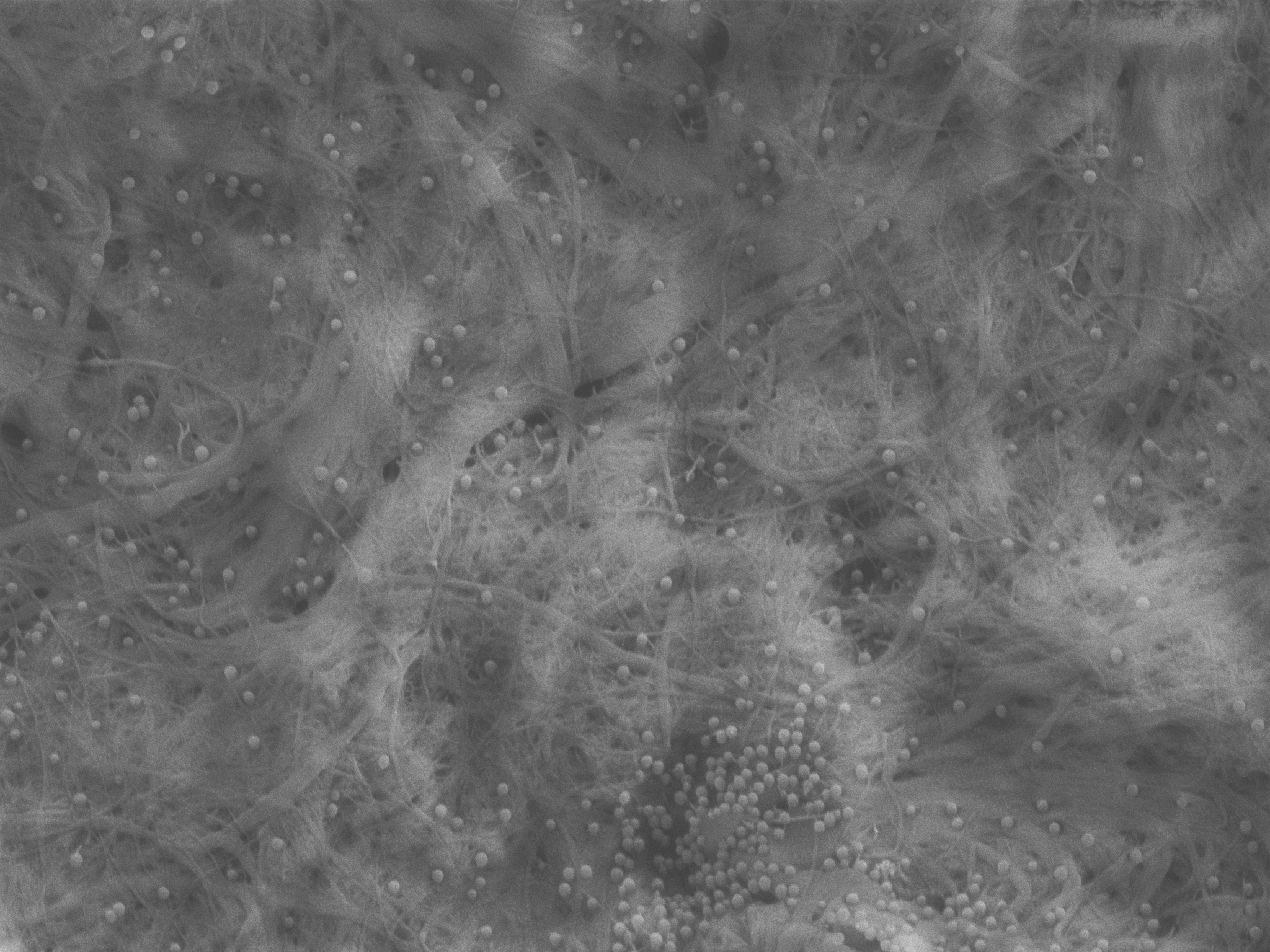 This image by a scanning electron microscope shows microplastic particles attached to nanocellulose. The particle diameter is 100 nanometres. Photo VTT

VTT Technical Research Centre of Finland has developed a method to capture microplastics with nanocellulose before they end up in water. Microplastics are plastic particles less than five millimetres in size, and they have been found in many living organisms, such as fish.

Owing to their small size these particles are only detected after they have accumulated in fish, for example.

Humans can ingest microplastics in drinking water. One thousand litres of sea water may contain up to 8.3 million microplastic particles.

Microplastic particles can be trapped with the help of nanocellulose. The term nanocellulose is used as a general concept to describe micro- and nano-sized cellulose materials produced in several different ways.

The chemical properties of nanofibrils can be modified according to the materials that they will be used to capture.
They are called nanofibrils because they are very small, with lengths of a magnitude of one millionth of a millimetre.

The structure of nanocellulose is web-like and porous. Thanks to this, its superficial area is large.

This material can be used to capture even the smallest plastic particles with diameters of only 100 nanometres, invisible to the human eye.

’In water, strong capillary forces are formed in this structure. They can be used to transport particles inside the web structure and to bind them into it,’ says Tekla Tammelin, Research Professor in a VTT media release.

The next stage will be to develop new filtering solutions using nanocellulose.

’We would be able to capture the particles wherever they are formed. Garments made of fleece and other synthetic materials, for example, shed microplastic particles when laundered,’ says Tammelin.

It is also possible to develop filtering methods for any industrial activity that entails the risk of creating microplastic particles which may end up in waterways.