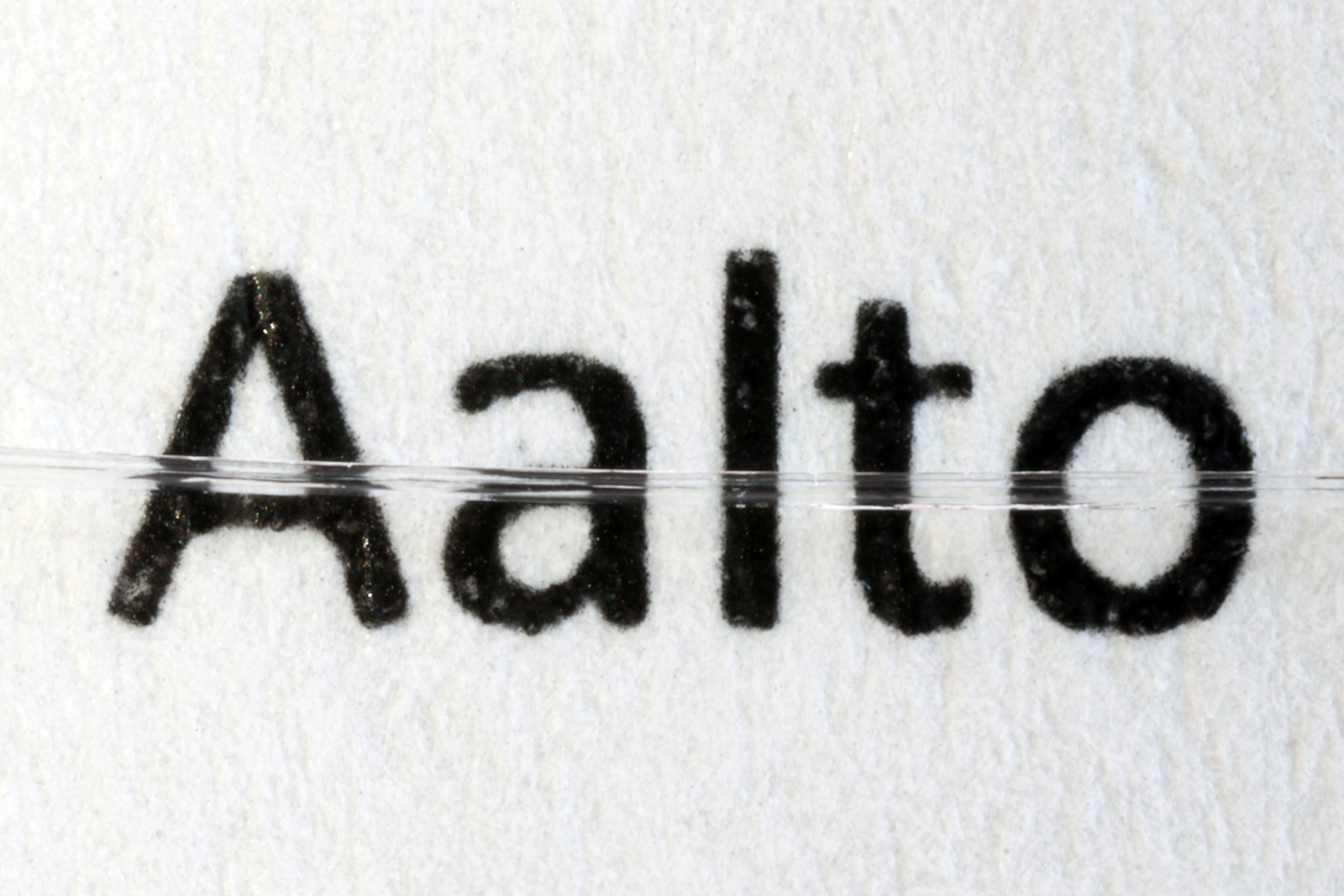 A clean, transparent Aalto methyl cellulose fibre placed on the text ‘Aalto’. The height of the letter A is about two millimetres. Photo: Aalto University.

Wood may also be used to produce optical fibre. The chemical compound methyl cellulose, derived from cellulose, can be used to manufacture transparent and durable optical fibre, according to a news item published on the website of Tampere University.

‘Cellulose is an ecological material that is readily available and has a great potential for the most varied applications,’ says Professor Nonappa Nonappa at Tampere University.

Conventional optical fibres made of silica glass can transmit optical signals to a distance of tens of kilometres with only a slight attenuation. Yet silica glass has the problem of being fragile and inflexible, which is why it is not a very suitable material for optical fibres used in, say, cars, textiles and other applications where they might break.

On the other hand, optical fibre made of methyl cellulose cannot transmit light over long distances, but it is much more resistant to breakage due to motion. This makes it a good solution over short distances at least.

Optical fibres made of methyl cellulose may be modified for other purposes as well. Possible applications include various sensors, says doctoral student Ville Hynninen.

The process of making optical fibre out of methyl cellulose does not require high temperatures or harmful chemicals. ‘Our research has shown that optical fibres can be manufactured at ambient temperatures without chemical binding agents,’ says Nonappa.