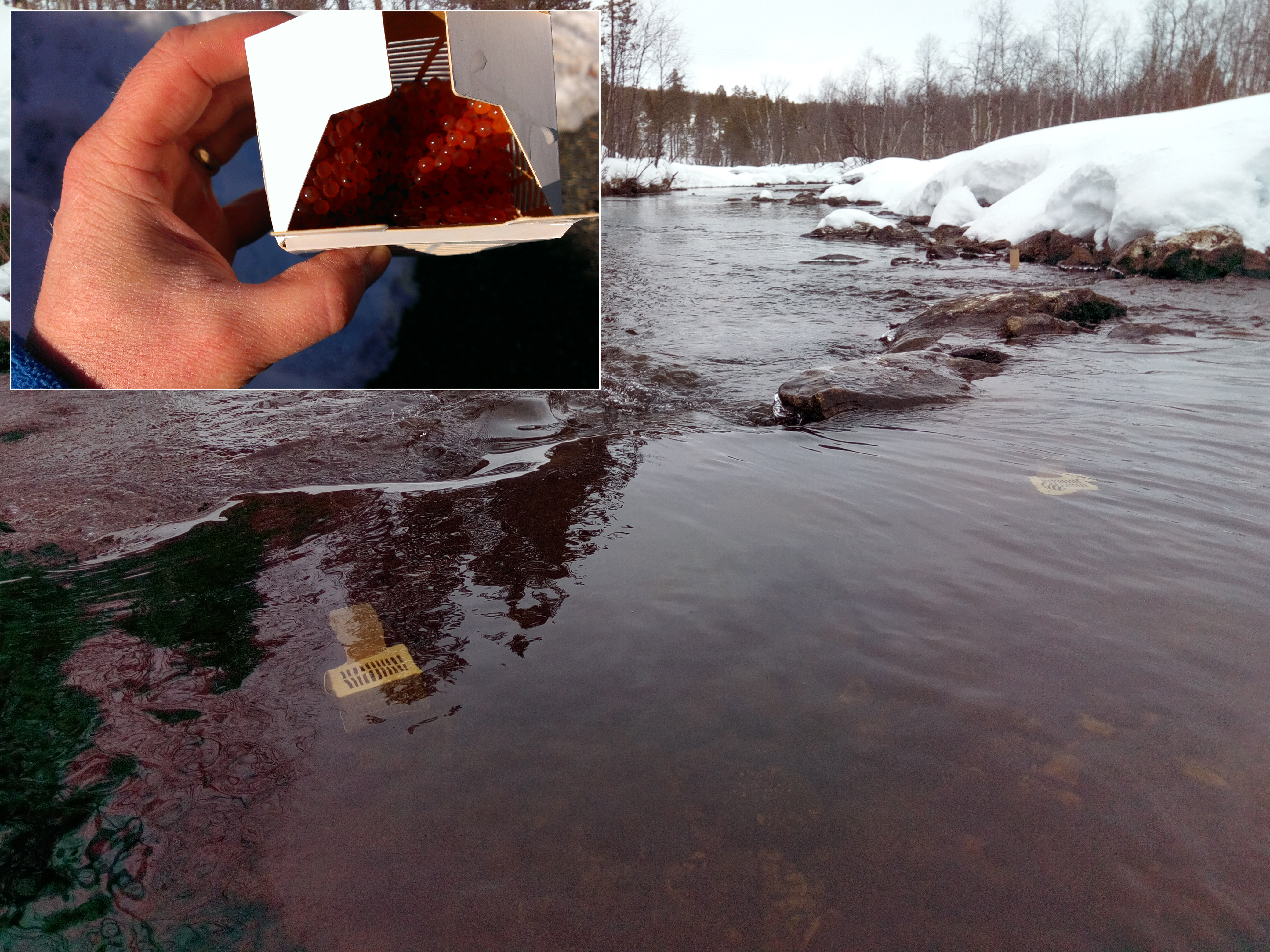 You can put 1,000-2,000 fish roe eggs in the box, depending on the fish species. The box should be placed in flowing water and it will, after the fishes have hatched, totally disintegrate in the water.

Planting fish roe in running water is difficult, because the roe eggs should not move until they have hatched. On the other hand, water should flow between the eggs to ensure the plentiful supply of oxygen which they need.

This is why the eggs are placed into special planting boxes, through which water can flow without causing the eggs to move. The box material, however, has been problematic: made of plastic, they have to be collected from the waterways after the eggs have hatched, so as not to litter the rivers.

Nevertheless, some boxes have always escaped collection. The boxes can be reused, but for that they have to be cleaned and stored.

The problem has now been solved by the introduction of a cardboard box. The composition of the material is optimised so that the box will hold together until the eggs have had sufficient time to hatch. After that it disintegrates completely in the water.

Packed in the two-decilitre boxes, the eggs are easy to transport and plant at appropriate locations. The boxes are made of Stora Enso’s multi-layer cardboard at the Pyroll company box factory.

The boxes are placed in running water in late winter. One box may contain 1,000 salmon eggs or close to 2,000 trout eggs.

The box can be placed between rocks or carefully buried under rough gravel or stones. A few pebbles can also be placed in the box to make it sink and stay in the water. The box also prevents predators from feeding on the eggs.

The biodegradable roe planting box may have markets abroad, too. Planting salmonids that breed in running water is a worldwide activity carried on in the northern hemisphere, south America and Africa, as well as in Australia.

The box is suitable for planting different salmon, trout and char species, as well as the five Pacific species of salmon, all of which have large eggs.