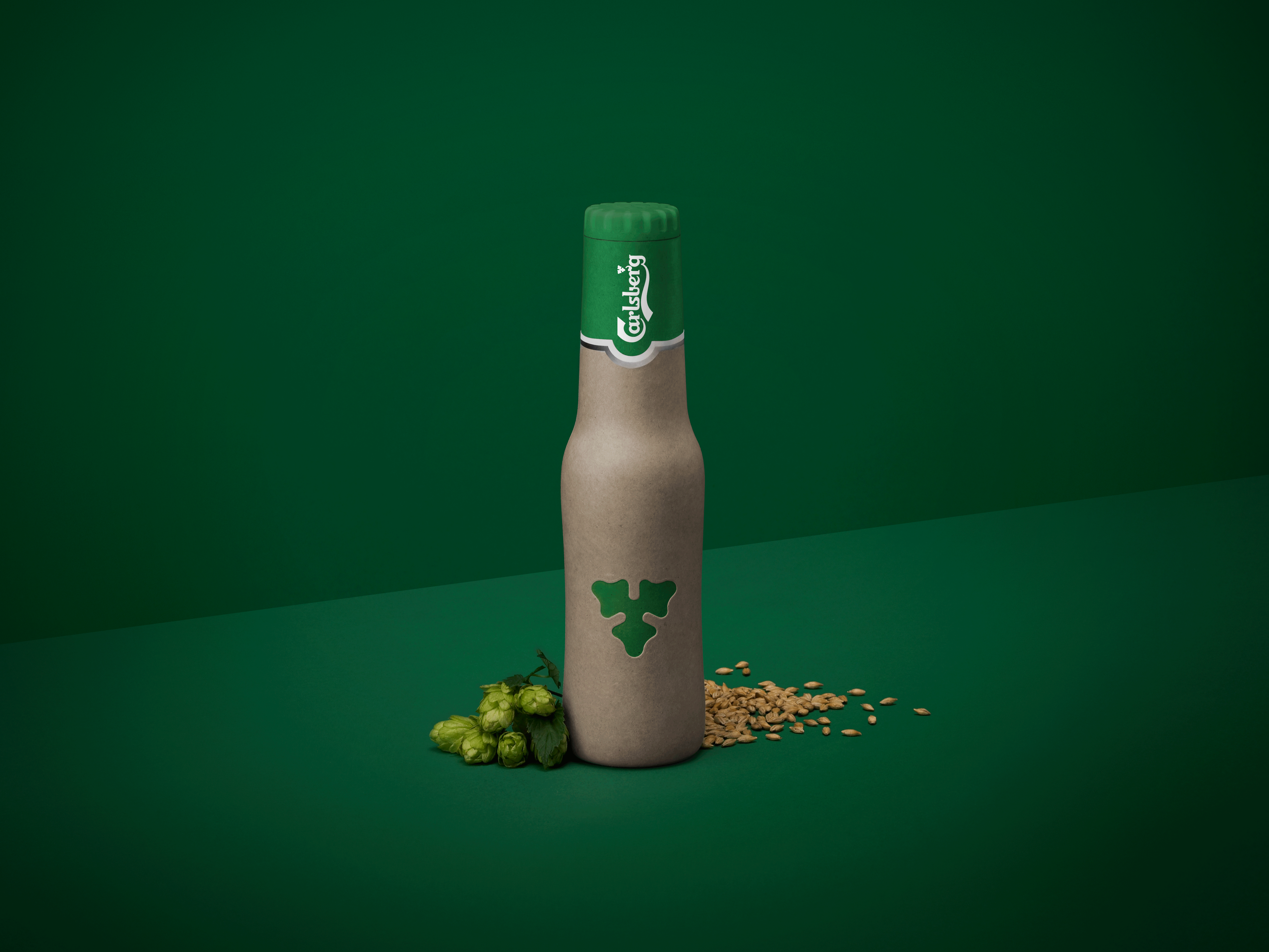 EcoXPac had previously developed a method to manufacture bottles industrially from recycled paper. First prototypes were published in January 2015 at the World Economic Forum in Davos. As to their form, the prototypes were simple, but they had a shape of a bottle.

New prototype was published in Copenhagen in September 2016 at the Sustainable Brands Conference. Wooden Green Fiber Bottle resembles the bottles of Carlsberg and is based on Carlsberg’s own design. Special care has been taken to prevent the bottle from having any influence in what the bottle contains, that is, beer.

Now the production line is ready to be used. Wood fibre bottle is coated from inside in order to avoid changes in the taste of the beer. The material stands damages and the bottle is totally made of recycled materials, includind the bottle top.

Green Fiber Bottle is produced from materials that are biodegradable or substances like chalk or clay, which react weakly with other substances in the nature. The use of such bottles would mitigate climate change. The production of the bottle uses less energy than the presently used liquid packages.

The bottle decomposes in the nature and it can be recycled. The wood used in the bottle originates from sustainably managed forests.

The target of the company is to diversify the assortment of its packaging materials. Test marketing of the bottle is to commence in 2019. The company develops a recycling system for the bottle as well.

In addition to beer, the bottle suits for milk and water also.