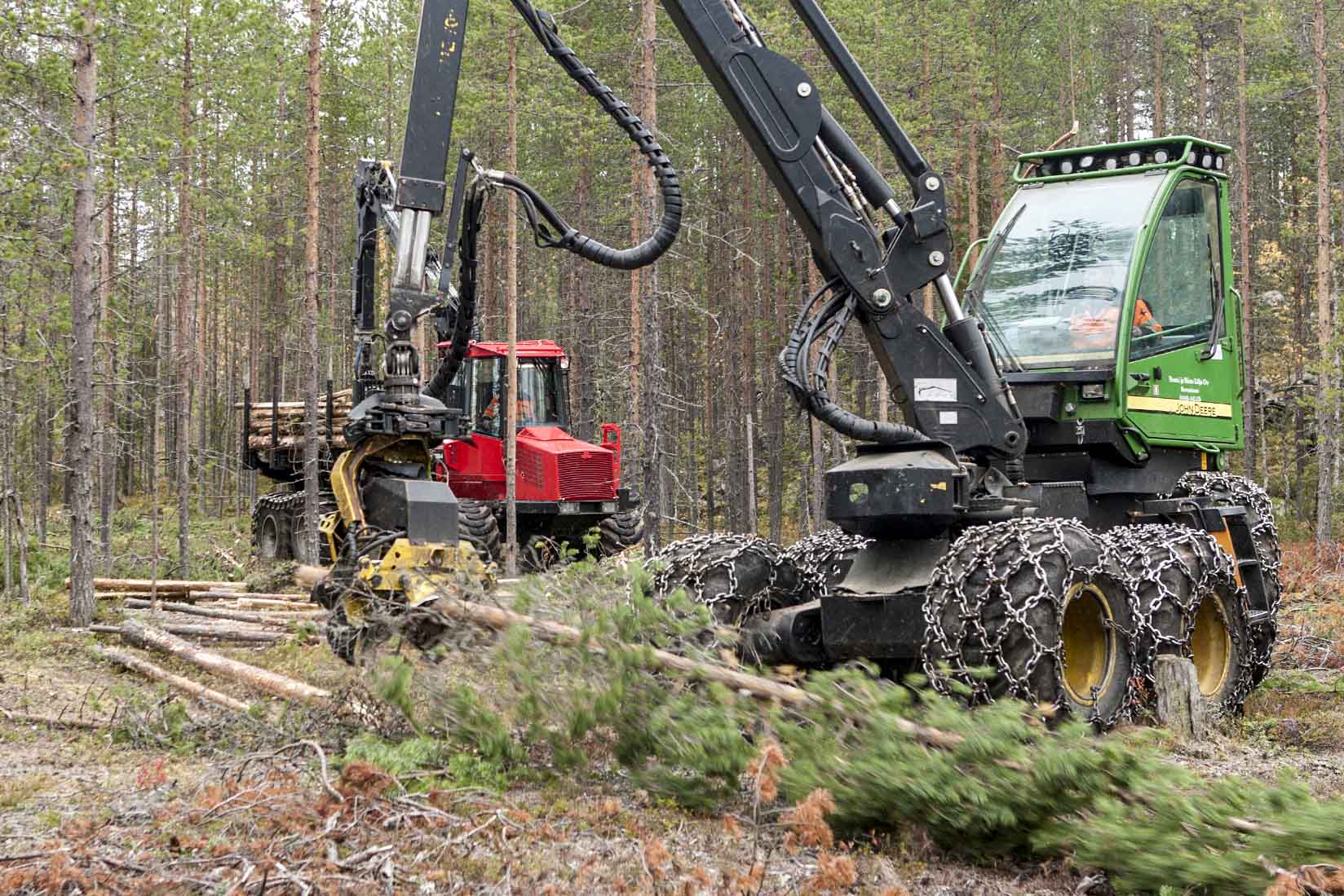 In Finland, no forests are grown for the express purpose of generating energy. Wood used for energy is a by-product from fellings, forestry operations and the forest industry. Photo: Erkki Oksanen

The renewable energy directive drafted by the EU would have costly consequences for both energy economy and forestry in Northern Europe, according to experts.

In a recent vote, the European Parliament approved a limit on the use of energy wood taken directly from the forest. At the same time, energy derived straight from the forest is indispensable for Finland, for example, as the European country with the most extensive forests.

’If we were to suddenly stop using bioenergy in Finland, we’d soon be freezing,’ says Kyösti Turkia, bioenergy and bioeconomy expert at the Finnish Forest Centre.

The European Parliament voted last week that energy wood acquired directly from the forest, such as felling residue, will be considered renewable if its share of the total energy consumption remains on the 2017–2022 level. Above this level the use of this, the so-called primary forest energy, will not be considered renewable and no production subsidies could be granted to it.

The vote constituted the Parliament’s stand on the draft directive on renewable energy, but the actual text may still be amended in the final discussions between the Commission and the Member States. The directive would not have an effect on the use of stoves used to heat private dwellings or the saunas important for Finns.

Both Turkia and Jaana Kaipainen, Senior EU Specialist at the Finnish Forest Centre, consider that the EU’s forest energy directive may increase the heating costs of private dwellings even further.

’The directive is being prepared at an extremely inauspicious moment with regard to domestic energy production,’ Turkia says, referring to the drastic rise in energy prices caused by Russia’s attack on Ukraine.

’The directive is likely to cause a rise in energy prices, if emission charges are to be imposed on wood,’ he continues.

Kaipainen, too, considers that the EU’s plans would increase the housing costs of citizens.

’Energy prices are expected to rise, and this is certain to have an impact on the price of district heating, among other things. I assume that in the present situation, every nation is doing its best to find the means for implementing an ambitious climate and energy policy and still keep energy prices on a level that’s not too painful for the average citizen,’ Kaipainen says.

Estimates are made more difficult since no one knows at the moment whether the use of wood in energy production will actually be included in emissions trading.

The Parliament’s stand on the directive would define certain by-products of Finnish forestry as non-sustainable use of bioenergy. These by-products include, among others, small-diameter wood from thinning young stands, felling residue from regeneration sites and stumps. They could still be used for energy, but the share exceeding a set ceiling would not be considered renewable and would not be eligible for subsidies.

According to Turkia, the proposed directive would weaken the preconditions of domestic energy production and make the planning of energy investments more difficult. Forest fuels constitute a significant share (40 percent) of fuels used for district heating.

Emissions trading concerns plants with a minimum capacity of 20 megawatts, and plants of this size consume 70 percent of the forest chips used annually in Finland.

Turkia finds that the EU plans are in conflict with Finland’s updated climate and energy strategy. The strategy aims at a restrained increase of one fifth in the use of forest chips. They are used to replace fossil fuels. The increase would be 2–3 million cubic metres and this, according to the EU’s new interpretation, would not be considered as renewable energy after 2030.

’At the moment, forest owners are being encouraged to start selling wood, while at the same time, the EU’s actions slow this down. For example, what would happen to investments in terminals and logistics if they weren’t eligible for subsidies,’ Turkia asks.

Forests are not felled for energy production

In Finland, the use of forest chips is predominantly based on the parts of trees that cannot be used in industrial wood processing. Forests in Finland are not felled for the purpose of burning the trees for energy.

Jaana Kaipainen believes that forest sector actors and experts largely agree that, even in the future, merchantable timber should primarily be used for purposes with a higher added value. Burning wood that has another profitable use is and will be avoided.

’To achieve this, we have several national strategies and programmes to promote bioeconomy, for example.’ Kaipainen points out.

She also says that sidestreams from forest management and other small-diameter wood unsuitable for any other use can be used for energy to support the phasing out of coal and peat.

Kyösti Turkia considers that the directive would lead to more red tape. He would like to know how the production shares of sustainable and non-sustainable energy would be calculated.

Turkia finds it problematic that the directive covers the use of forest energy across the entire Union and does not take into account the special characteristics of forest management in the EU’s northern parts.

’As it now stands, the directive is not appropriate for Finnish forest management. For sustainable forestry, the use of forest bioenergy is a positive thing. It ensures that young stands are tended appropriately and the trees gain more rapidly the stoutness required of logwood,’ Turkia explains.

What is more, if felling residue is not removed from the forest, it will decompose naturally and thus release carbon dioxide into the atmosphere.

Kaipainen finds that the Commission’s proposal for the revised directive was clearer and more constructive than the stand taken by the Parliament.

’Timber from pre-commercial thinning was defined as non-merchantable timber. Gathering energy wood has been important for increasing interest in forest management operations, and it has been one of the ways to encourage private forest owners to tend their forests,’ Kaipainen says.

Kaipainen does think there are good intentions behind the Parliament’s voting result, though they seem to be lost in the actual implementation.

’When decisions are prepared and made, their impact on member states should be understood at the outset,’ Kaipainen says.

She also reminds that one should be patient while waiting for the final outcome of discussions and the actual directive. In any case, discussions will be useful.

’During the discussions, we should assess the impact of all options and reflect on how far they can be implemented nationally,’ Kaipainen says.

Forest industry has waited a much too long time to readjust. Both IPCC and EU have clearly adviced a reduction in logging in order to achieve the climate targets. Now we see the effects, both Finland and Sweden are in real danger due to the inability of the forest industry to listen to science.
At the same, the carbon sink of the land sector has vanihed due to over-logging, showing lack of responsibility from the forest industry.