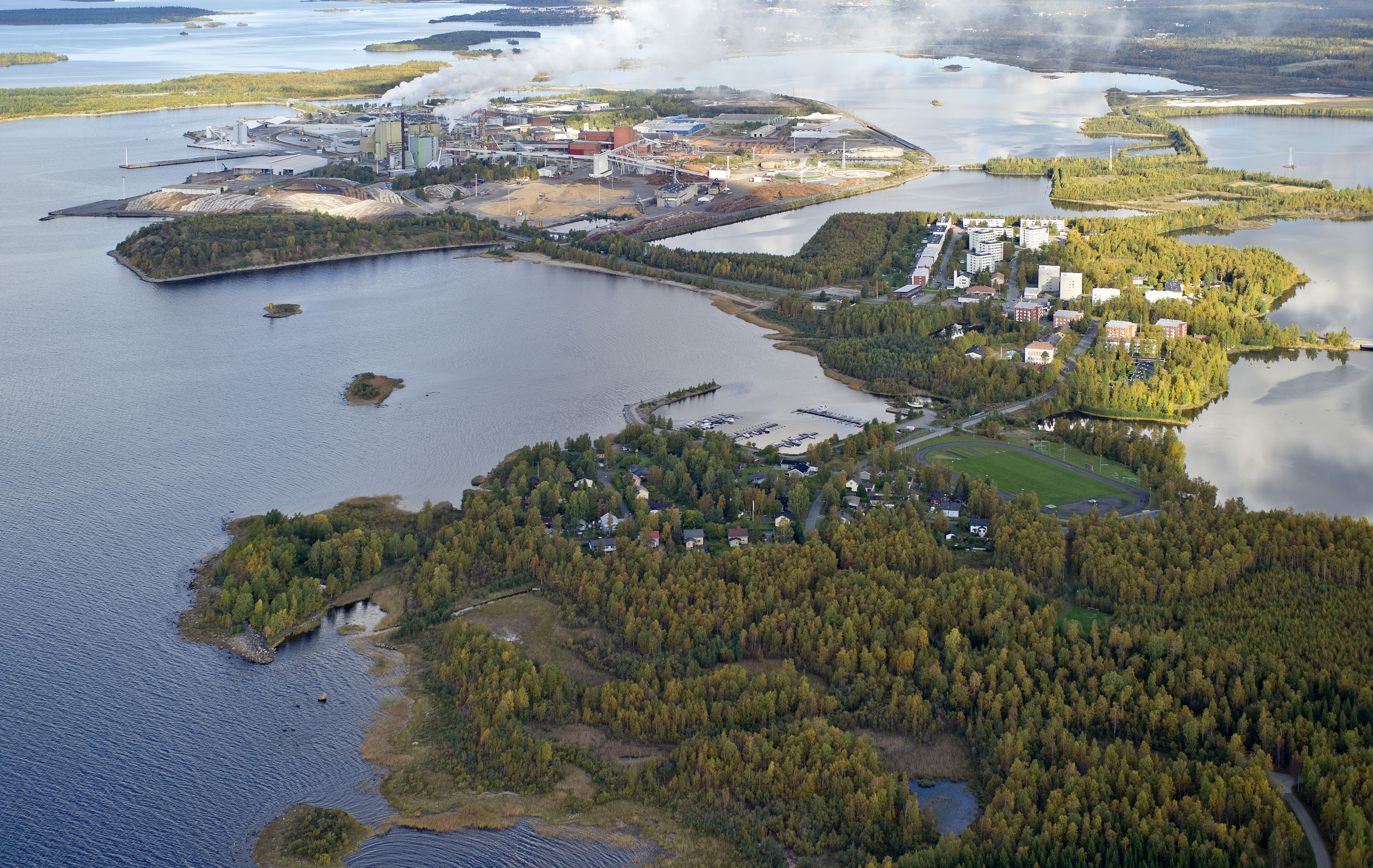 Stora Enso Veitsiluoto mills in Kemi, in the middle of the so-called Bothnian Arc in Finland and Sweden. Photo: Taisto Saari

In 2017, Finland will be the country chairing the Arctic Council. Several background reports have been prepared for setting the Finnish policy line. They have one common feature: they completely overlook the use of forests, which, however, is the main strength of northern Finland.

To judge by the reports, Finland’s strengths mostly include icebreakers, the mining industries and tourism. This programme would be appropriate for most of the Arctic region, such as the United States, Canada, Greenland, Iceland, Norway and Russia, which mainly consist of tundra with livelihoods increasingly based on the use of non-renewable resources – and, in terms of using renewables, on fisheries – and on tourism.

On the other hand, the reports completely overlook the most important strength of the Finnish Arctic: forestry and forest industry, which have a 150-year history.

Finland and the Finnish Ministry of Agriculture and Forestry are, however, waking up to the fact that Finland should adopt a perspective based on the strengths we have. The leading idea is to make Finland a forerunner in the Arctic as regards sustainable development and business.

Lipponen sees neither the wood nor the trees

One of the most recent reports was prepared in 2015 by Mr. Paavo Lipponen, former Finnish Prime Minister, for the Confederation of Finnish Industries EK. The report professes to deal with economic growth in the Arctic, while failing to make so much as a mention of the forest sector. The only remark related to the sector is this: ”In addition, loggings may harm tourism as a livelihood.”

The report erroneously states that tourism is the biggest branch of economy in northern Finland. In fact, the overwhelmingly largest branch is the forest sector, with an annual turnover of EUR 1.3 thousand million for Lapland, which is twice that of tourism.

The report stresses, and rightly so, the importance of the so-called Bothnian Arc in Finland and Sweden. However, it fails to note that the Arc largely relies on forest industry, with a crucial importance for the future of northern Finland.

The forest industry in the Bothnian Arc uses 11 thousand million cubic metres of wood annually, and plans for further investments are under way. However, these investments will not be realized unless the use of forest resources in the whole of the northern region is also developed.

The report makes one mention of circular economy and bioeconomy. As regards research and education, the report emphasizes the significance of the University of Oulu, and does not even mention the Natural Resources Institute Finland or the universities of applied sciences in northern Finland, though they possess comprehensive know-how of the Arctic and carry on international cooperation.

Forest sector must wake up

The forest sector must wake up and invite attention to its knowledge and know-how to enrich the Arctic programmes. In both Finland and Sweden, the strengths of their forest sectors in the north are largely the same as in their southern parts: wood resources are increasing due to good forestry and a warmer climate, the use of wood is eco-efficient and based on the latest knowledge and technology, land-use planning is democratic, everyman’s rights are secured, the sector forms the basis for an extensive network of local companies and forest owners, thus spreading financial and social benefits over the whole area.

Finnish Lapland is not a wilderness without inhabitants or a network of roads, as is the case with the Arctic regions in Alaska, Canada or the Russian Federation. Instead, it is a safe, accessible, sustainably maintained, mostly forested area with settlements dating back hundreds of years.

At 20 percent, the forest protection rate of Lapland is one of the highest in the world. The protection of biodiversity is based on research, the protected areas are well maintained and there are no commercial loggings in them – in contrast to most other European countries. Protected and commercial forests are developed in cooperation with tourism and other local livelihoods.

Even reindeer herding, which is almost exclusively a tundra livelihood in other parts of the Arctic, is combined with sustainable forestry in Finland, so that both are carried on within the same geographical area. In addition to this, the growing industry based on the use of wild berries also relies on the same forest areas. This is shown, among other things, by the organic certificate granted to wild berries from Finnish Lapland.

What use is the chairship?

The global drive to replace materials based on fossil resources with renewable biomaterials offers enormous opportunities to the Nordic countries. It is understandable that countries like Norway, Iceland and the United States only emphasize the importance of fisheries and fish farming for the Arctic bioeconomy, because that is largely all they have.

On the other hand, the sustainable use of forests is a unique strength for Finland and Sweden. If, during her chairship, Finland fails to make use of this strength, what is the point of being in the chair?

Graphs related to multiple use of forests in forest.fi