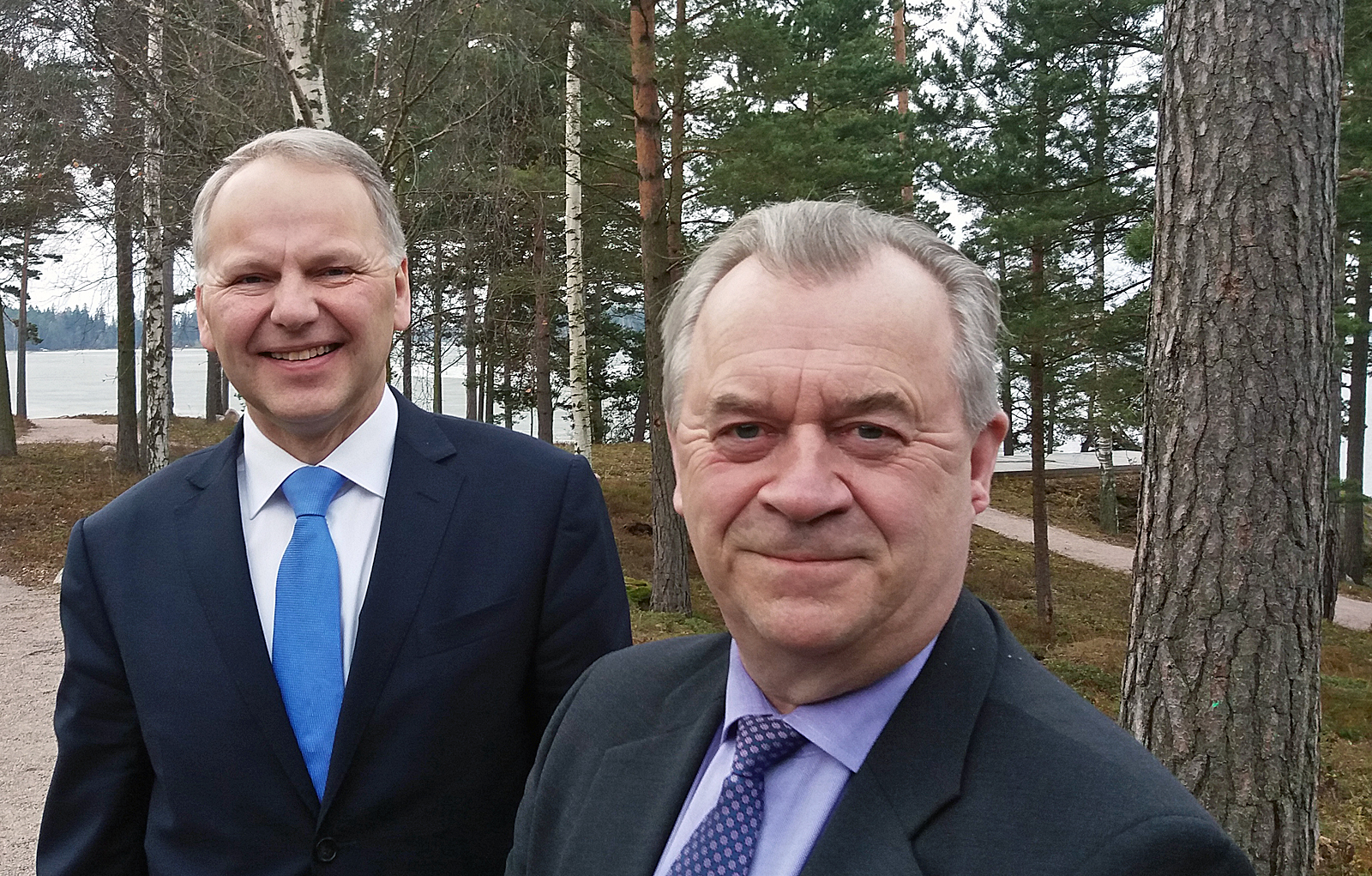 In November, Swedish Minister for Rural Affairs, Sven-Erik Bucht, and his Finnish counterpart, Jari Leppä, will open the Forest Academy for Decision-Makers, which will acquaint participants with the sustainable forestry of the Nordic countries. Photo: Hannes Mäntyranta

Finland and Sweden are establishing a joint five-year research programme on forest bioeconomy. The value of the programme is EUR 150 million, half of which will be financed by the public, the other half by the private sector.

According to the statements today by Sven-Erik Bucht and Jari Leppä, the Swedish and Finnish ministers responsible for forestry issues, the details will be worked out by the end of this year, and the programme will be fully operational next year.

Leppä considers research to have a significant role in the systemic change towards bioeconomy and circular economy that is taking place in Sweden and Finland. Sustainable growth and mitigating climate change as well as new forest bioeconomy products all require research, and so does the cooperation of the two countries within the European Union.

“There are many countries in the EU that do not really understand Nordic forestry. To tackle this problem, we need communication based on well-founded information,” said Bucht.

According to Bucht, a good example of cooperation in communication is the forum for decision-makers organised by Finland and Sweden towards the end of this year, which will be particularly targeted to decision-makers in the EU.

On the Finnish side, the organiser is the Forest Forum for Decision-Makers of the Finnish Forest Association.

The two ministers also reported on Sweden’s forestry present for centenarian Finland, consisting of 12 joint post-doctoral grants with a total value of EUR 2.4 million. According to the ministers, the present has been received with favour by the research community.

The grants in the Tandem Forest Values programme were opened for applications on Finland’s Independence Day, 6 December 2017, and at the moment, a total of 72 applications have been submitted.

The applications will be evaluated by the the state-owned Royal Swedish Academy of Agriculture and Forestry KSLA and final decisions will be made next autumn by Sweden, as the one funding the grants.

What is known so far is that eight of the grants will be on topics dealing with forest industries and four on topics related to forest management.

Applications by teams with members from both countries will be favoured. According to Leppä, the the prospect of these grants has already created new cooperation between research institutes in the two countries.

VTT Technical Research Centre of Finland and RISE Research Institutes of Sweden have intensified their cooperation, and the same is true of the Swedish University of Agricultural Sciences SLU and Natural Resources Institute Finland Luke. The latter two have also improved their cooperation within the European Forest Institute.

Correction 23.4.2018: The applications to Tandem Forest Values programme will be evaluated by the state-owned Royal Swedish Academy of Agriculture and Forestry KSLA and not in Formas, as was previously written.

Tandem Forest Values (only in Swedish)