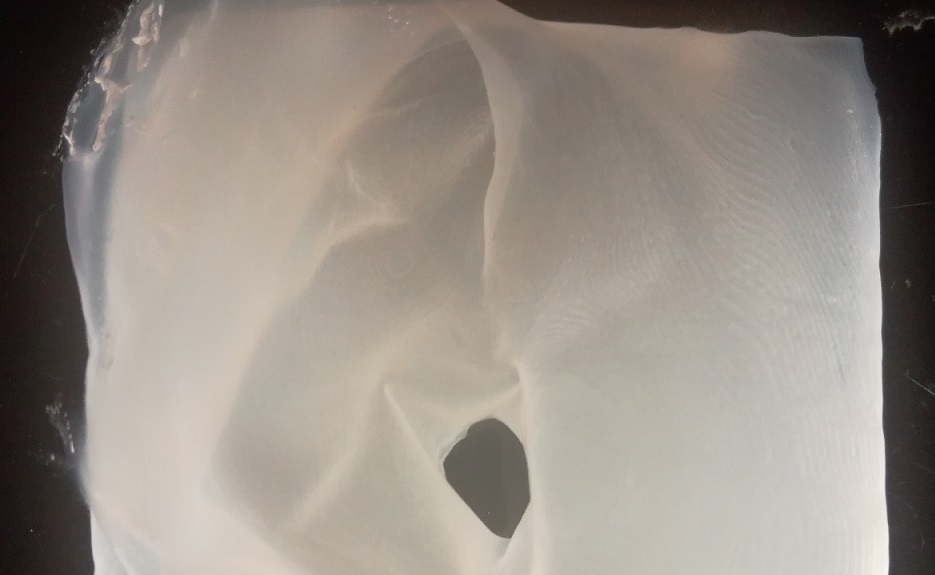 In the research project bacteria cellulose was grown to the form of an ear with strongly hydrophobic mold. Photo: Luiz G. Greca

Researchers from Aalto University have developed a new process where bacteria cellulose is being used to create hollow and seamless nanocellulose-based materials.

Bacteria cellulose is formed on the interface of cultivation solution and air, when aerobic bacteria is in contact with oxygen. In the process developed by a research group at the Aalto University, the oxygen supply for the bacteria is modified with strong water-resistant molds, which in turn produces nanocellulose-based materials.

The produced material could be used in foodstuffs, cosmetics and in medical applications such as implants, artificial blood vessels, bandages and treatment for burns, as well as in materials helping human tissue to recover.

The method makes it possible to create hollow and complex three-dimensional forms. For example, there have been trials to encapsulate enzymes in hollow bacteria cellulose materials.

”We managed to show that constructing nested capsule systems that tolerate heat and chemicals is possible”, said Orlando Rojas, professor at the Aalto University in his statement.

The method can possibly be exploited in modeling artificial organs. Development of biotechnology could enable a simpler way of creating materials that are strictly controlled because of their functions, compositions and attributes.