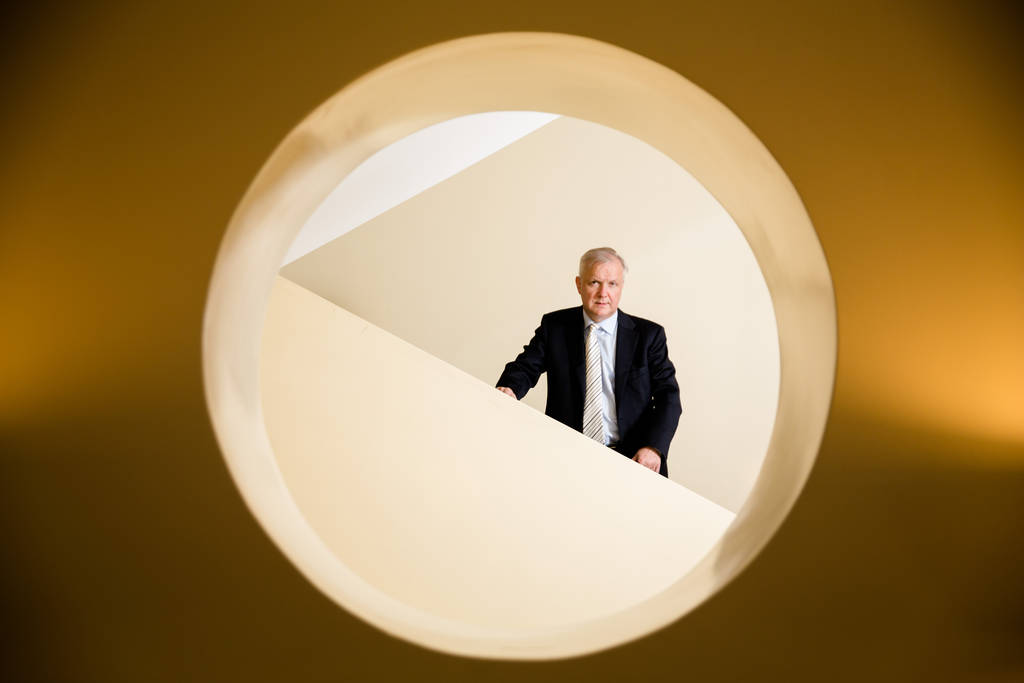 According to Finnish Minister of Economic Affairs, Mr. Olli Rehn, forests are vital for Finnish energy solutions. “80 percent of our bioenergy comes from forests,” he says. Photo: TEM

Following a proposal by non-governmental organisations, the Ministry of Employment and the Economy decided to study what efforts would be needed for Finland to move completely over to renewable energy by 2050. This scenario is, however, only one of three being prepared by the Ministry.

The scenario work at the Ministry of Employment and the Economy is part of a report looking at how Finland will implement the Paris climate convention of December 2015 and the climate and energy targets set by the European Union for 2030. By now, Finland has more or less implemented the targets set by the EU for 2020.

”The EU’s overall target for the share of renewable energy production for 2020 is 20 percent, but for Finland, the target is one of the strictest among the member states: 38 percent,” said Mr. Olli Rehn, Minister of Economic Affairs, at the opening ceremony of the 40th Forest Academy for Decision Makers in Finland.

According to Rehn, Finland’s 2020 target is well under way to being reached. ”The share is something between 35 and 37 percent at the moment, and once the bioproducts mill in Äänekoski, central Finland, starts its operation in 2017, the share will rise by two percentage points,” said Rehn.

”Paris put a stop to the global split”

The energy targets will be studied using three scenarios. The first one assumes that only measures on which a decision exists will be taken. The second one evaluates what additional measures will be needed to implement the EU targets for 2030.

”And I approved the third one when a group of non-governmental organisations appealed to us to do it, but also because this is a very interesting and fascinating question,” said Rehn, referring to the idea that only renewable energy would be used by 2050.

This would not be an easy target. ”Take, for example, liquid transport fuels, where our target is a share of 40 percent of renewables in 2030. But to achieve a 100-percent share in all energy use would, for one thing, require the stopping of all imports of coal and oil, which can’t be called a modest target,” said Rehn.

According to Rehn, the greatest achievement of the Paris climate convention was that it overcame the split between the world’s countries. ”We now have 188 countries and 98 percent of the global climate gas emissions covered by the convention,” said Rehn.

The countries supporting the convention are also committed to the target of not allowing the overall temperature rise to exceed 1.5 degrees compared to the pre-industrialised era. ”It has been said, however, that the wordings in the convention would erode the binding targets. In a way this is true, but I do believe that in practice these targets will be treated as actually binding,” said Rehn.

Value of Finland’s forests has soared, contrary to that of forest industry – solution lies in new products instead of “pulp chauvinism”