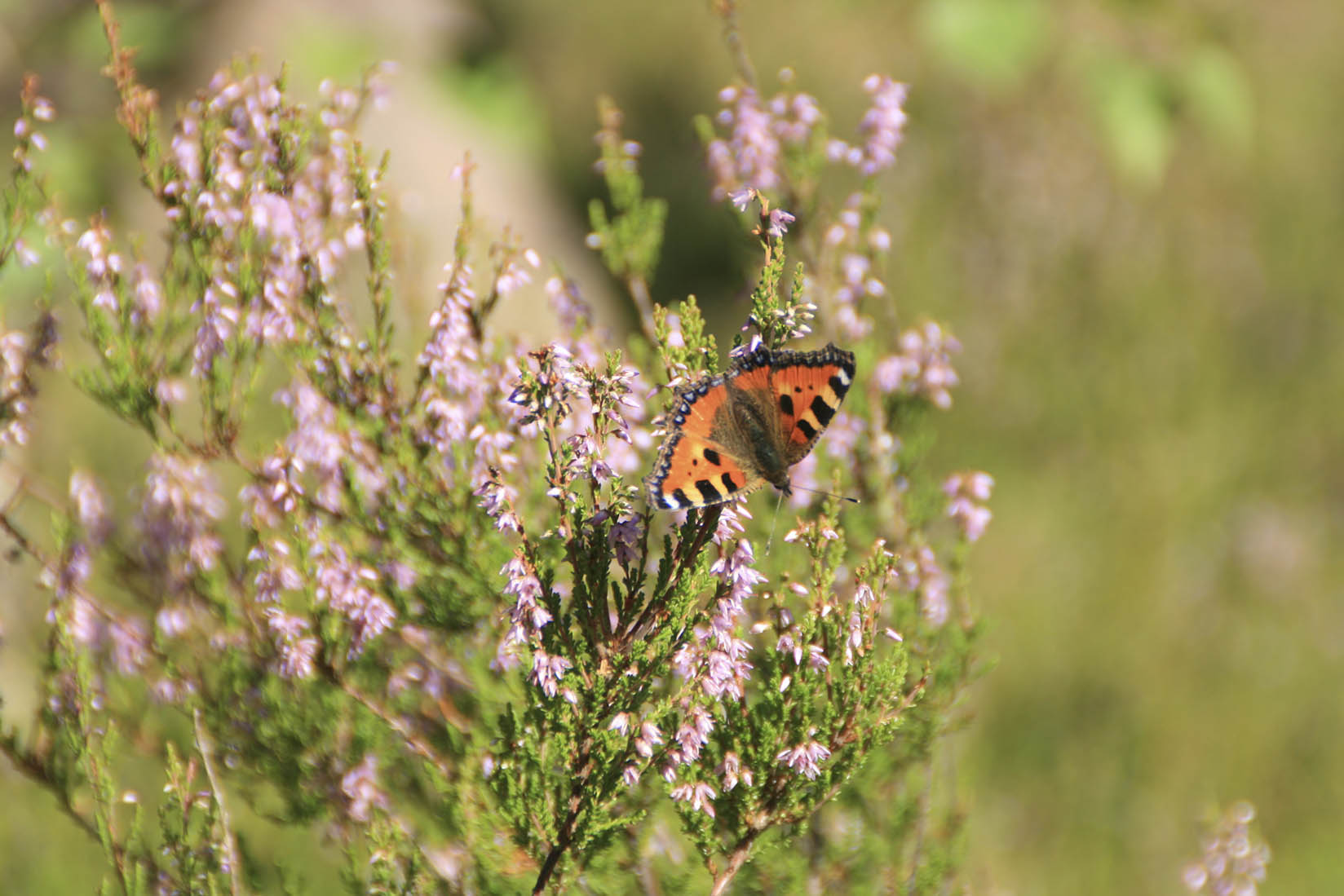 A number of flowering plants, berries and some tree species are pollinated by insects. For all these plants, pollinators living in forests are crucial. Photo: Sara Turunen

The decline of pollinator populations is a problem shared by all humankind, and looking after them is also important in commercial forests. Forest.fi publishes a preview of new guidelines developed in a project studying the welfare of pollinators in forests.

’Even small things can actually help pollinators quite a lot. Doing the right kind of things where it counts will go a long way,’ says Sara Turunen, Project Manager at the forest expertise organization Tapio.

In recent years, the biodiversity of forest nature has begun to receive more and more attention. Turunen says that the general methods of nature management are mostly also helpful for pollinators.

Forest.fi publishes a preview of the new guidelines developed in the project ’Nature management to support pollinators in forests’. To begin with, it is important to make sure that pollinators can find food. In Finland, trees pollinated by insects include rowan, bird cherry, Tilia species, Norway maple and many willows.

Even small things can actually help pollinators quite a lot. Doing the right kind of things where it counts will go a long way.

The new guidelines developed during the project recommend creating and sparing a mix of tree species and particularly of broadleaves in commercial forests. Pollinators are attracted to a mixed forest with plenty of diversity, and they do not thrive without deadwood and flowering plants.

Butterflies, for example, are attracted to open environments and flowering plants, while bees live in hollows below exposed ground.

’When you clear off trees and bushes, you can also break the ground in places. But that needn’t be over large areas,’ says Turunen.

The guidelines recommend leaving buffer zones along water bodies in connection to  forestry. Controlled burning is also recommended, and vegetation beside forestry roads should only be mown after the flowers are gone. Budget-wise, these operations are not much of a strain.

’It doesn’t cost very much to leave a high stump in the forest. It could actually cost less than a bird’s nest box, and leaving fallen trees to decay costs nothing. And leaving retention trees in a group only costs as much as the price of the stemwood you leave standing,’ Turunen continues.

The project is designed to support the national pollinator strategy, plans for which were encouraged by the EU in the previous decade.

Berry crops are ensured by pollinators

In addition to flowering trees, pollinators are important for other forest vegetation.

’A number of flowering plants, berries and some tree species are pollinated by insects. For all these plants, pollinators living in forests are crucial.’

Bumblebees, butterflies, honeybees and flower flies make sure that people can find  bilberries and other berries to pick in the forest.

’Cowberry and bilberry are pollinated by insects. Research experiments have shown that if insects are prevented from pollinating these plants, very few berries will develop,’ Turunen says.

Research experiments have shown that if insects are prevented from pollinating these plants, very few berries will develop.

The most important pollinator of cowberries and bilberries is the bumblebee, while cloudberries are chiefly pollinated by flower flies. But how do pollinators manage to visit every flowering bilberry, cowberry or cloudberry in the forest?

’Well, if they didn’t, we’d have no berries. They are pretty nimble little things,’ says Turunen.

Little research on pollinators in forests

According to a study by the project, information on pollinators in connection to forestry is rather scarce even globally.

Pollinators related to agriculture have been studied much more extensively.

’Pollinators in many agricultural environments have received more attention, and their financial significance for food production has been calculated. It’s been understood how important they are. In forest environments their role is not as conspicuous, but they are important especially in a country like Finland, with the large share of forests of our land area,’ Turunen explains.

The decline of pollinator populations has caused concern in agriculture in particular, though also in commercial forests – but helping one will also help the other.

’Fields are often surrounded by forests, and pollinators will visit plants in both,’ says Turunen.

The study by Tapio reveals that for many pollinators in forests, clear-felling sites are an important substitute for the ever-scarcer natural meadows.

What will happen if continuous-cover silviculture gains ground in Finland?

’Right now there is no shortage of clear-felling sites in Finland, because that method is pretty widely used here. If continuous-cover method should become more widespread, it shouldn’t have very much of an impact. Of course, if everywhere was covered by dense forest, that wouldn’t be good for pollinators,’ Turunen points out.

A clear-felling site becomes less attractive to pollinators as the forest floor begins to be shaded by the crowns of the new forest. The number of pollinators becomes scarcer as forests mature, due to less light, warmth or suitable vegetation.

Rarest broadleaves are left in peace

The forest company Metsä Group announced in March that it will spare all stout aspens and other less common broadleaves, such as goat willows, bird cherries, rowans and alders in its forests. Until now, unless left as retention trees, the rarer broadleaves have mainly been felled for energy. Turunen welcomes this new direction.

Even elsewhere in the forest industry sector, pollinator issues are taken seriously as part of safeguarding forest biodiversity. Stora Enso announced in May that it will pilot a biodiversity bonus to forest owners in connection with timber deals in Finland. The bonus is paid to forest owners who leave more retention trees and high stumps on regeneration sites than before.

UPM, too, has announced that it will launch programmes to support biodiversity.

The full guide on how to take account of pollinators in commercial forestry will be published in May.

Read more: A clear-felling site in bloom is a giant bug hotel – biodiversity can be improved by safeguarding the variety of tree species

In connection with forestry operations and fellings

Beside forest roads and agricultural fields

In hot and dry environments