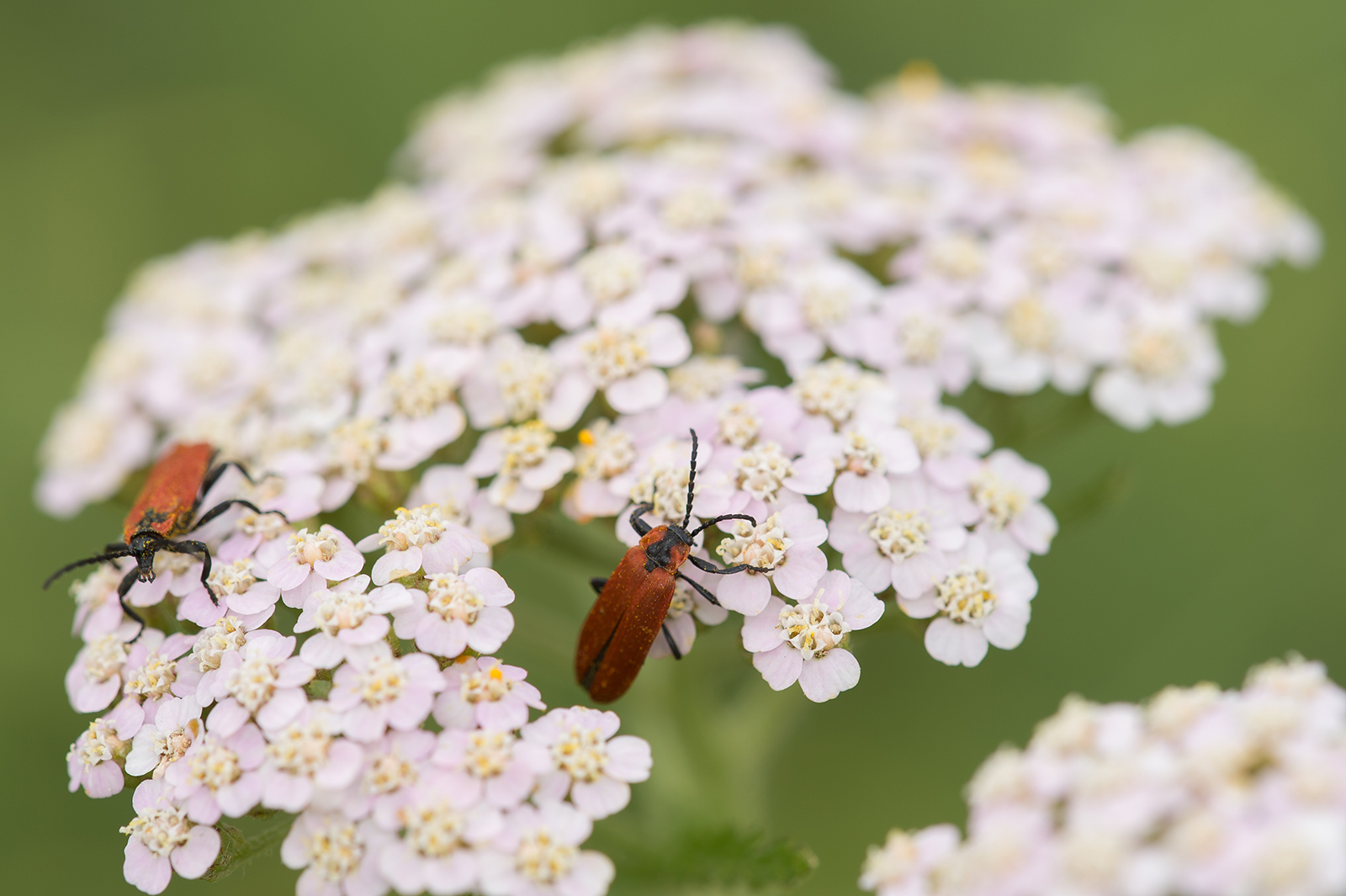 Clear fellings affect the variety of species in the forest. While only trees are removed, the living conditions of other species also change significantly at the same time. Some of the species suffer, but other tree species enter the site along with other vegetation important for pollinators.

The decline of pollinator populations is a global problem. According to the European Parliament, one third of the bee and butterfly populations are declining and one tenth of these populations are endangered. The causes come as no surprise: changes in land use, loss of biodiversity, environmental pollution, industrial agriculture, climate change and the spread of introduced species.

In the Nordic countries, clear-felling sites in commercial forests unexpectedly provide a safe haven for even many pollinators threatened by changing agriculture. ’Many insects and up to one half of our butterflies use young forest stands for breeding, which can partly compensate for the loss of old natural meadows. As the felling site closes, the species move on to the nest open site,’ said botanist and writer Seppo Vuokko in an forest.fi article.

Finland is one of the countries drafting a national pollinator strategy. The assessment on the situation of pollinators in Finland made for the strategy mentions the significance of clear-felling sites.

The assessment notes that ’for a few years, clear-felling sites often host a diversified range of flowering plants, providing many pollinators with an abundant, if short-lived, source of nutrition.’ The assessment also states that forest fellings in general create a network of uneven-aged stands, which improves the diversity of pollinators.

Clear-felling sites come in many shapes and sizes.

’Growing sites vary, as do methods of soil preparation. Open sites are different in the north and south. The size, shape and topography of the openings vary. There is no ”typical” clear felling,’ says Lauri Saaristo, Leading Expert at the forest advisory and consulting company Tapio.

In a mature stand full of growing trees, the growth of plant species that need open ground is difficult. After clear felling they will again be able to flourish.

A high proportion of forest vegetation is always present as seeds in the soil. After a clear felling, the seeds contained in the seed bank in the soil will germinate and begin to grow. This is how some of the abundant vegetation developing on clear-felling sites comes about, while some species arrive as airborne seeds.

One of the plus sides of clear felling is that it enables prescribed burning and the burning of retention tree groups.

’Some species in the seed bank, such as Geranium bohemicum, a relative of the wood cranesbill, will only germinate if heated by fire. That can be arranged by prescribed burning,’ says Saaristo.

Saaristo points out that the diversity of forest tree species can be increased by clear felling.

’Certain species, such as goat willow, alder, aspen, rowan and birch, are called diversity species. It is impossible to prevent them from regenerating on the more nutrient-rich clear-felling sites,’ Saaristo says.

Still, the diversity of broadleaves resulting from clear felling is a treasure largely neglected.

’That’s something we don’t really have the sense to look after,’ Saaristo says.

Where clear felling is used in forest management, the purpose of clearing and thinning seedling and sapling stands is to make space for the more promising individual trees, to allow them to grow as quickly as possible into high-quality logwood. Saaristo points out that at the same time, we should protect the diversity created in clear felling, by sparing some individuals of all tree species found on the site.

’This could be a strength which commercial forests could bring into the safeguarding of biodiversity, to complement the network of nature conservation areas. It would be a means of rapidly increasing forest biodiversity and ensuring that future mature forests will have better nature values than is the case today,’ says Saaristo.

Effect of forest road verges is worth of research

The Finnish Environment Institute is conducting a project named ’Nature Management to Support Forest Pollinators (PÖLYMETSÄ)’, which has produced a number of recommendations for improving nature management in commercial forests. The project also finds that clear felling sites have many advantages for pollinators, especially if they are not too extensive and the transition between open ground and the surrounding closed forest is gradual.

In addition to prescribed burning and favouring broadleaved trees and shrubs, the recommendations mention the safeguarding of decayed wood and the clearing of verges of forest roads. Surprisingly, effect of the verges of forest roads for pollinators has also been found to be worth of research.

The advantages from clear fellings to nature are increased by the leaving of retention trees. This is required by forest certification, for example, and the retention trees are to be left permanently to produce deadwood for species dependent on it.

A recent method to increase deadwood is to leave high stumps. They can be left at any felling by cutting the tree at a height of 3–4 metres and leaving both the stump and the top part in the forest to decay.

Leaving high stumps improves the quality of deadwood. Generating decayed wood  throughout the growth cycle of the forest and not just in connection with clear felling makes it possible to achieve a deadwood continuum. This means that at any time, deadwood at different stages of decay is present in the forest, which is important as every stage of decay supports a different range of species.

Retention trees are helpful for beetles

The research project ’Biodiversity and regeneration of commercial forests’, conducted in the early 2000s, found that the number of several beetles of ’least concern’ and also of some endangered beetles, as regards both the range of species and number of individuals, increased significantly on retention trees after clear felling. This increase is clearly greater than, say, after selection felling.

The effect is also retained for quite some time. Immediately after the clear felling, the number of species increased by up to 50%, and after three years it was still 26–35% higher than before clear felling.

In particular, rare beetle species increase in abundance if high stumps are also left during felling. The number of other species dependent on deadwood also increased.

In most cases the number of rare species reached its peak ten years after the felling. Not all species were equally fortunate, of course, and some species typical of old-growth forests did disappear from the site.