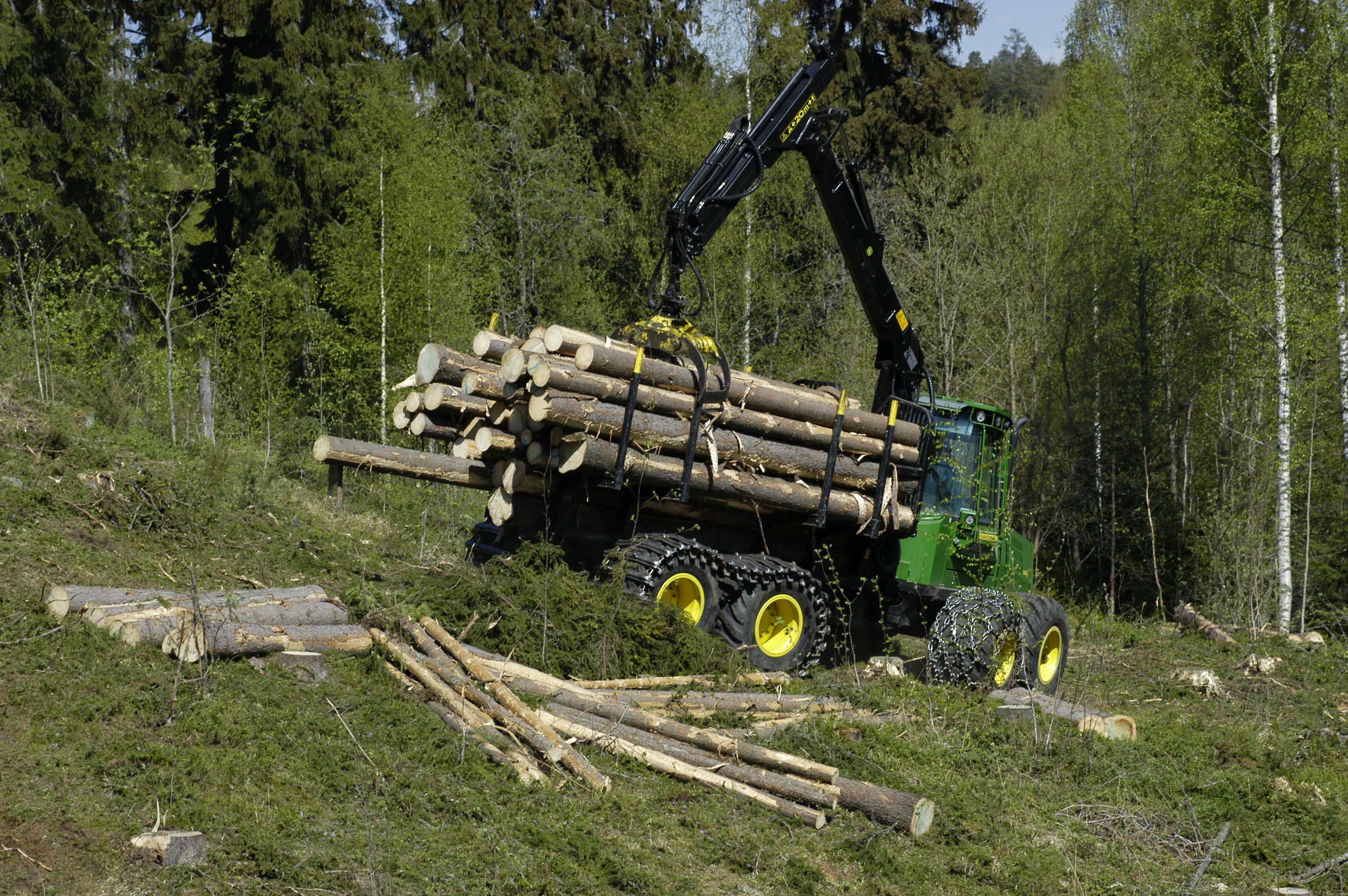 Forestry strives for sustainability and emulation of nature

Sustainable forestry brings together three aspects. Firstly, the ecological carrying capacity of nature may not be weakened. The environment may only be interfered with to the extent that it will be able to restore itself. The social and cultural values of forests may also not be weakened, and thirdly, forestry must be economically profitable for all parties involved.

One of the goals of Finnish forest policy is that forestry should aim at structular features similar to natural forests. When attention is paid to the economic profitability and social sustainability of forestry, the natural cycles will be altered as little as possible

In Finland, forest management is based on forest compartments. These are areas with a homogeneous vegetation and soil. They are very small; in family forests in southern Finland their average size is 1.4 hectares or about as much as two soccer fields.

In the course of the 20th century commercial forests began to be managed with even-aged forestry, in which silviculture is based on growing cycles. A growing cycle begins with the establishing of a new stand and ends after decades, when all the trees in the compartment are felled. During the cycle the compartment is tended, an example of which is thinning to remove trees that are small and of poor quality in terms of forestry. This leaves more space for growth for the remaining good-quality trees.

Regeneration fellings can be divided into two principal types: clearcuttings and seed tree cuttings. Clearcutting means the felling of all or nearly all trees in a stand, while a seed tree felling leaves some of the largest trees to provide seeds for the new stand. When the new stand is growing the seed trees may be felled.

The Forest Act of 2014 enables more opportunities for uneven-aged or continuous-cover silviculture. This avoids clearcuttings, and trees are either removed singly in the way of thinning or from small sites with a maximum size of 0.3 hectares.

Forest owners have different goals as regards both finances and other considerations. Some of them look for a steady income, others prefer bigger sums at longer intervals. Practically all forest owners also value aspects related to nature, recreation and culture in their own forests, though the weight given to each of these varies.

Forest destruction is prohibited by law

The destruction of forest was prohibited in Finland’s very first Forest Act of 1866. In today’s terms this means that if a forest is logged so that only a small number of trees remain, such as in a regeneration felling, a new forest must always be established to replace what was logged.

How a new stand is established depends on the site. The general method on nutrient-rich soils is to plant seedlings, as they are strong enough to compete for space against grasses. On poorer, grassless soils a new stand may be sown. These two methods of establishing a forest are called silviculture.

A forest may also be established naturally. In this case the regeneration felling method selected is a seed tree felling, leaving a sufficient number of trees to provide seeds for a new stand. Generally, the seed trees selected are the most valuable large log stems, so that they are normally felled after the new stand has started to grow.

Fellings in uneven-aged silviculture create small openings, in which a new stand springs up naturally from the seeds of nearby trees.

Four out of five trees have sprung up naturally

Every spring, as many as 150 million seedlings are planted in Finland, and on half of the area to be regenerated a significant number of seeds are sown. Despite this massive exercise, the National Forest Inventories show that out of all trees growing in Finland, more than four fifths of the trees on practically every hectare of forest have sprung up naturally.

This indicates that nature is a much more effective forester than humans are and that there is actually no way to prevent a forest in the northern coniferous zone from regenerating itself.

Then why is forest cultivated, why are seeds sown and seedlings planted?The reason is simple: in periodic silviculture these operations shorten the growing cycle by as much as five percent, which increases the financial yield of forestry proportionately. One of the reasons behind this is that the trees in a forest only produce sufficient numbers of seeds every few years.

The number of logging decisions made in Finland each year comes up to as many as 150,000, which illustrates the small size of the felling sites. Only a few dozen of these are classified as continuous-cover sites.

The aim of forest cultivation is to derive the maximum amount of high-quality logwood from the forest. This aim has also been achieved: about 70 percent of the timber sales revenue of the forest owner comes from logwood.

To qualify as a log, a tree needs to be sufficiently straight, stout and healthy, and this is why logs are acquired from regeneration fellings in particular. The logs are processed by sawmills into planks and boards, for example. Thinner trees produce fibrewood, which is derived from thinnings in particular. Fibrewood and chipped wane timber from sawmills end up as raw material for paper and paperboard.

Contributors to public debate in Finland increasingly often say that pulp production in Finland should be replaced by producing long-lived sawn timber. However, this is not possible, for pulp and sawn timber are made from different parts of a tree. In practice, all logs good enough to be sawn are sawn into timber.

An unutilized surplus of logs does not exist. Before the birth of the pulp industry, wane timber left over from the production of sawn timber was burned at the sawmills in huge bonfires.

The sawdust from sawmills is burned to produce energy or used for wood-based boards. Loggings also leave logging residue, such as canopies and branches. An increasing part of these is gathered for burning in power plants. Stumps, too, are gathered for energy production, though this is quite infrequent today.

Except for domestic use by the forest owner, the timber burned for energy only consists of sidestreams from other forest sector facilities. Timber from first thinnings is only used for energy, but it is felled to manage the forest and to accelerate the growth of the remaining trees. Felling trees simply to burn them would be completely unprofitable.

State subsidies are available for the forest management operations of private forest owners. The rationale is that this will safeguard the growth and health of Finnish forests.

An important argument for state subsidies is the fact that private forestry is supragenerational. Investments in forestry do increase the value of the forest immediately, but the benefit from an investment is often only enjoyed by the next generation.

It is important for society that despite this long delay, the productivity of forest is safeguarded. For this reason the state considers it important to encourage forest owners to invest in forest management. From the perspective of the state these subsidies can also be regarded as an extremely profitable investment.