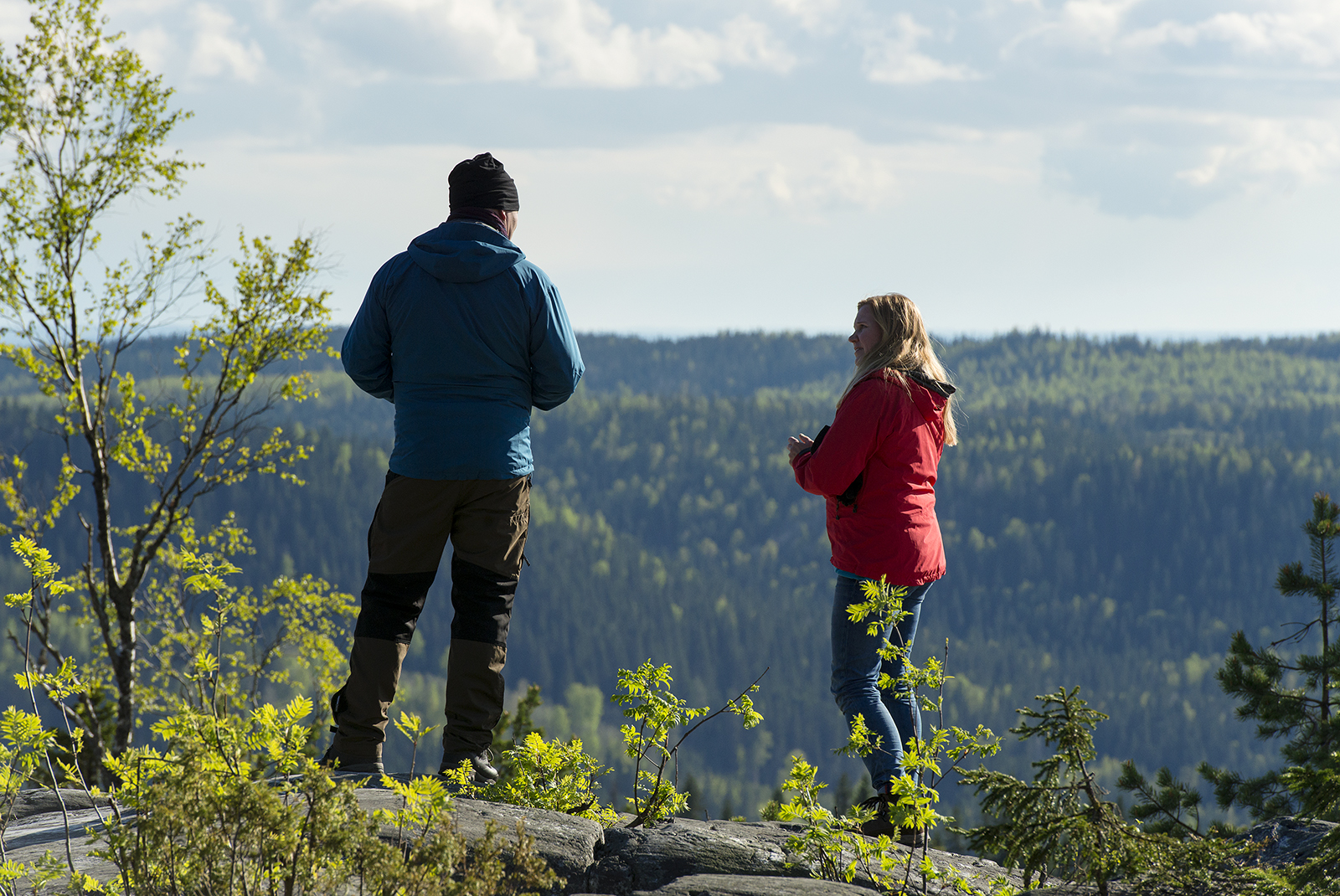 Legislation and everyman’s rights guarantee possibility of multiple use

Finnish forest legislation is based on the principle of sustainable forestry. This is considered to consist of three elements: ecological, social and economic sustainability, which are regarded as of equal value.

In terms of their contents, the concepts of socially sustainable forestry and multiple use of forests are largely similar. There are many ways in which the multiple use of forests is safeguarded in Finland. One of the main ones is the broad base of forest ownership: about one Finn in eight owns some forest. Forests are also accessible to all Finns regardless of who owns them. This is guaranteed by everyman’s rights.

Multiple use is primarily a feature of commercial forests, which is why they are sometimes called multiple-use forests.

Forests are open to anyone any day

Everyman’s rights (click here and look to the right) allow anyone to move around in forests and natural areas on foot, skis, bicycle or horseback. Camping is also allowed, as is the gathering of wild flowers, berries and mushrooms.

Everyman’s rights are valid in all Finnish forests, excluding certain strict nature reserves. On some of them these rights are limited and on others they are not valid.

Everyman’s rights do contain certain limitations. It is not permitted to cause damage or harm to the land owner or to nature. Using a motor vehicle outside built-up roads and making a fire without permission from the land owner are forbidden.

The right to gather wild flowers, berries and mushrooms does not extend to protected species – or logging residue, for example – or to removing any parts of living trees. Everyman’s rights, such as the right to set up camp, do not extend to the yards, gardens or immediate vicinity of dwellings, and long-term camping is prohibited.

Finland differs from most other forested countries in that the majority of Finns appreciate (linkki Metsä ja puuhun) the sustainable use of forests even for the needs of forest industry.

Neighbourhood forests are important for recreation

Thanks to everyman’s rights, anyone may enter any forest, and that is what Finns do, too. 96 percent of Finns go in for woodsy pursuits at least once a year, and on average, a Finn takes to the outdoors 2 to 3 times a week.

Over half of the population visits the forests for walking, biking, swimming in natural waterways, berry-picking and nature appreciation. Two in every five go mushrooming, boating and fishing.

The types of recreation vary according to season, making for a fairly broad range of pursuits. The choice of recreation also depends on gender and age. Men are particularly fond of hunting, fishing and tending their forests, while women like Nordic walking, sunbathing and gathering forest bounty more than the men do.

The choice of recreation or the popularity of outdoor pursuits are not greatly affected by where a person lives.

Forest’s bounty has a great significance

On average, a Finn lives at a distance of four kilometres from a forest with berries and mushrooms to pick. Half of the population lives at about a kilometre’s distance from one.

There are 37 edible wild berry species growing in Finnish forests, of which 16 are picked for food. No exact figures are available on how much of the berry crop is picked. The estimated amount picked annually is about 50 million kilograms, 60 percent of which is for domestic use. The berries with the greatest economic importance are lingonberry, bilberry and cloudberry.

Of the mushrooms in the forest about 200 are edible. 23 of them are approved for sale.

The social sustainability of forest use is illustrated by the fact that the financial value of berries and mushrooms picked each year is over EUR 100 million.
There are 300,000 licensed hunters in Finland, two thirds of whom go hunting at least once a year. A considerable proportion of them are women.
The majority of Finland’s 60 game species live in forests. The most important of them financially is the elk.