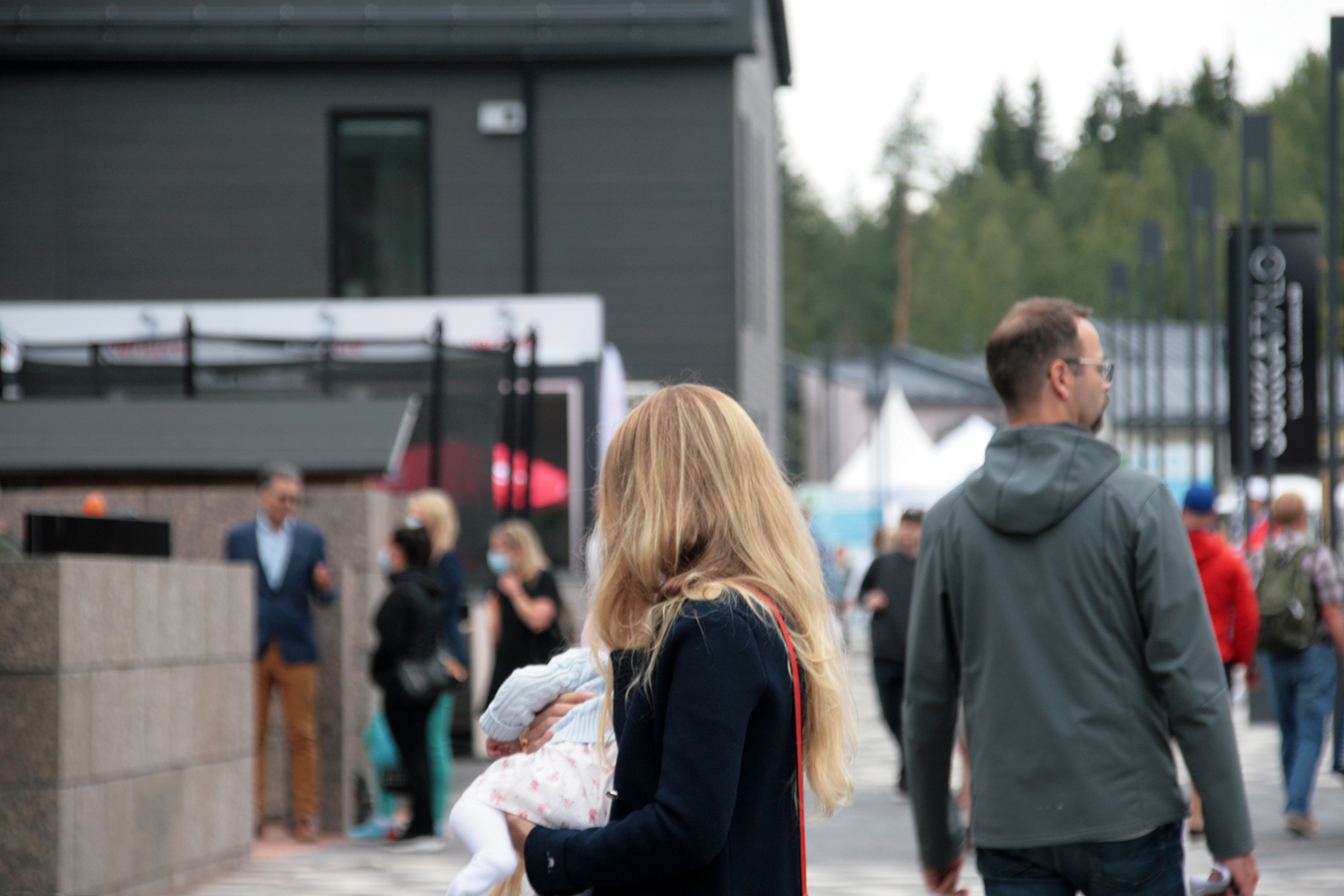 This year’s Housing Fair Finland, open until the end of August, is the 50th in a row. Tuusula hosts the fair for the third time. Photo: Anna Kauppi

The Finnish Housing Fair, currently taking place in Tuusula, near Helsinki, is the first in the event’s history to display the carbon footprint and handprint of each house presented. Next to the exhibition ground, a carbon-neutral housing estate of log homes will be constructed.

Those interested in what sort of dwellings Finns currently favour cannot do better than visit the annual Housing Fair. For the 50th time, this showcase of Finnish housing construction exhibits the trends in construction, this time in Tuusula, 15 minutes by car from the Helsinki-Vantaa airport.

The eight-hectare exhibition ground is dominated by wood: facades, load-bearing structures, columns, beams and roof constructions are made of logs, panels, and various massive-wood constructions. The interiors also make use of wood, not only in furniture and floorings, but also in staircases and interior walls.

Of the 27 single-family houses, 22 have a wood frame. Seven of those are made of logs and two of cross-laminated timber (CLT). In addition to these, there are townhouses, row houses, a nursing home and a tower block named King of Forest.

In all, the densely-built area contains 41 homes. The neighbourhood is ultimately envisaged to house a population of 15,000.

The novelty of this year’s Housing Fair is the top figure in the sign in front of each house, containing the technical data of the building. The top figure indicates the total emissions of the building, in other words, the net impact on the climate as carbon dioxide equivalent in tonnes (tCO2e). The figure consists of the building emissions, that is, its footprint, and its carbon sink, or its handprint.

The overall emissions include the climate impact across the building’s life cycle, starting from the production and transport of the materials used. The figure also includes the climate impact during construction, the use of the building for 50 years and its dismantling after that – even if the houses exhibited at the fair are designed to stand a great deal longer than half a century. This means that the houses built for the fair also function as long-term carbon storages.

Particularly in Finland, the energy used for heating buildings has been one of the most important sources of emissions. As zero-energy houses and carbon-neutral construction gain ground, the emissions will, however, decrease. At the outset, the energy vision for the exhibition area was that it would be designed and constructed to be as environmentally friendly and energy efficient as possible.

’The crucial thing is the source of heating energy. The district heat used in the Tuusula exhibition area is derived from wood chips and horse manure, and has an extremely low carbon footprint,’ says Heikki Vuorenpää, Operative Director of the Housing Fair Finland cooperative.

Carbon-neutrality is a challenge

Vuorenpää considers carbon-neutrality to be a challenging objective. Contrary to common belief, however, he does not think it is necessarily expensive.

’A low tCO2e figure doesn’t mean that the building must be expensive,’ Vuorenpää says about the buildings shown at the fair.

Next to the exhibition ground, in Rykmentinpuisto in Tuusula, an area consisting of log houses will be built which aims to be carbon neutral. Called My Town, it is the first carbon-neutral housing area in the world, according to the Finnish Log House Industry Association. Construction is scheduled to begin in 2021. The area consists of two street blocks on which a total of 22,000 floor square metres may be constructed. This will allow the construction of housing for about 200 families.

Logs are a traditional material for building small dwellings in Finland, and they have made something of a comeback in recent years. This is particularly due to research showing that log houses have few indoor air problems, and they also have a good reputation for ecology. So far this year, 27 percent of single-family dwellings were made of logs.

According to a review by the Finnish Log House Industry Association, the use of industrially processed logs for row houses and public service buildings is only taking its first steps, but is clearly on the increase. In addition to Tuusula, log-built tower blocks are also being constructed in Pudasjärvi, which is also known for reputedly possessing the world’s largest log-built school.

The emissions from buildings exhibited in Tuusula were calculated using the Talopeli application, developed by the Finnish Ministry for the Environment, among others. As the principles used in calculating the values were the same for every building here, comparisons are easy.

’We have here excellent practical examples of how to decrease the greenhouse gas emissions from construction, by appropriate solutions regarding energy, materials and design of spaces. The buildings also demonstrate new solutions and ideas for accessibility and adaptability of spaces,’ noted Krista Mikkonen, Minister of the Environment and Climate Change after visiting the Housing fair Finland, according to a press release by the fair organisation.

Mikkonen stressed the importance of taking account of emissions across the entire life cycle of buildings. The Finnish Ministry for the Environment has the objective that by the mid-2020s, the whole life carbon emissions of buildings will be regulated by legislation. It is estimated that one third of Finland’s greenhouse gas emissions stems from built environments.

The whole-life carbon emissions or product emissions of buildings are only regulated in a few European countries so far. In the Netherlands, this was started at the beginning of 2018, in France early this year, and in Sweden, buildings are required to have a certificate of low-carbon construction after 2021. In Norway, the carbon footprint of buildings must be calculated in construction projects of the state.