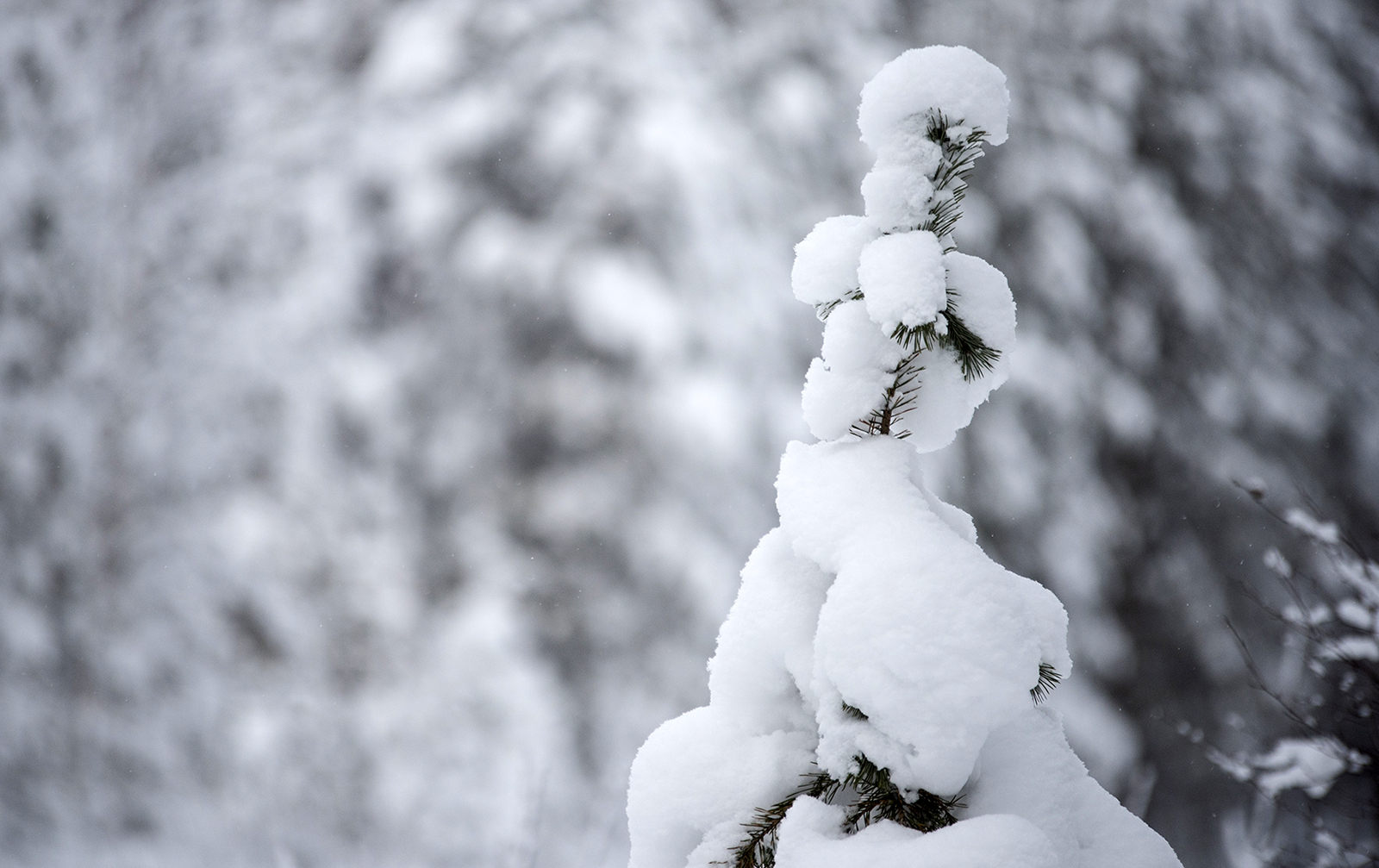 As our Christmas story, we at forest.fi listed some of the good news from forests in 2019. They have one common factor: positive development. Among other things, Finnish forests have a larger share of conservation sites and more deadwood than before. Other things that have increased include data on forest resources and the carbon storage.

The forest area under strict protection is greater in Finland than anywhere else in Europe, and is almost the size of Belgium. In 2019, it is 145,000 hectares greater than three years before. An area of 145,000 hectares would cover the entire Helsinki Metropolitan Area and there would still be room for Tampere as well.

Most of the protection sites on forest and scrub lands, or about 80 percent, are located in northern Finland. Almost two thirds of the increase in protected area is found in the three northernmost regions.

The share of threatened forest species out of all threatened species has decreased by five percentage points. This is partly explained by the fact that the endangeredness of species in alpine habitats, in particular, has increased greatly due to climate change.

The overall change in endangeredness is described by an index. As regards forest species, the index has remained practically the same for the past ten years, weakening by only 0.2 percent.

The primary cause of endangeredness in forests is their commercial use. Other causes include hunting and the inherent scarcity of a species. Nature management activity has succeeded in improving the situation of numerous forest species, and thanks to it, as many as 30 species have been removed from the Red List.

According to the 2019 Red List of Finnish Species, a total of about 48,000 species live in Finland. Of them, it was possible to assess the endangeredness of about 22,400 species. The Red List now includes 17 mammals, which is three fewer than in the previous assessment. Lynx, for example, is now placed in the Least Concern category.

Advance information published by Statistics Finland in December shows that the carbon sink in Finnish forests decreased by as much as 43 percent in 2018, compared to the preceding year. The size of the carbon sink in land use and forests was almost 10 million metric tons, which corresponds to the carbon dioxide emissions of about one million Finns.

In 2019, the carbon sink has increased, for the volume of loggings has gone down by several million cubic metres compared to the preceding year. One cubic metre of wood binds about one metric ton of carbon dioxide.

“Forests growing on mires also act as carbon sinks nowadays, for the amount of carbon bound in the tree stock, in their roots and through litter turning into peat is greater than the amount of carbon released when peat decomposes,” says Markku Remes, Senior Expert of Forest Management at the Finnish Forest Centre.

Natural Resources Institute Finland and the Finnish Environment Institute have conducted a study, published in 2019, on the effect of forest management practices on forest biodiversity. The results show that nature management activity in commercial forests has had a positive effect on biodiversity.

Nature management activity includes such things as increasing the number of retention trees and artificial snags, as well as the amount of deadwood in forests. According to the Finnish Forest Centre, an average of 25 retention trees per hectare were left standing in connection with regeneration fellings.

Forest certification, which is voluntary for the forest owner, contains the requirement of leaving ten retention trees per one hectare of clear felling .The actual number of retention trees is much higher than this.

In connection with fellings, artificial snags are also created in forests. Snags, or standing deadwood, are crucial for many species of beetles, polypore fungi and birds nesting in cavities. The forest company Metsä Group, for example, aims at making a minimum of two artificial snags per hectare in connection with thinning and regeneration felling. The decision to make snags is taken by the forest owner.

Data on forest resources is more comprehensive than ever

Above all, data on forest resources is useful for forest owners planning the use and management of their forests. The total area of private forests in Finland is 44 million hectares, and the digital resource data on it covers 13.5 million hectares by now.

Data on forest resources includes the size and age categories of the growing stock on forestry land, the number and growth of trees, need for forest management operations and the felling potential. About half of the data is gathered by remote sensing, one quarter by physical inventorying, and the rest in connection with forestry operations.

As winter turned to spring, it was feared that forest fires, so numerous in other parts of the world, would also cause worry in Finland. April was particularly dry and there were many fires. The situation did improve, however, and the total number of fires ended up being smaller than last year.

It is true, however, that 2018 was an exceptional year for wildfires: the number of call-outs was more than twice the average of the three preceding years. The burnt area in 2018 was 1,200 hectares, while in Sweden, for example, forest fires during the summer season alone destroyed 25,000 hectares.

Forests fragmented by waterways, small forest compartments, good firefighting preparedness and a dense network of forestry roads are believed by Finns to be some of the reasons why forest fires are not very frequent here. The authorities have, however, made a study of how to enhance their preparedness. As a result, the co-operation between the Finnish Forest Centre and regional rescue authorities has been diversified this year.

Forestry continues to be profitable

News about the profitability of private forestry do not sound particularly positive at first glance. A forecast by the Pellervo Economic Research PTT indicates that the revenue from private forestry will go down from last year’s record high of EUR 157 to EUR 123 per hectare.

The long-term average is somewhat over EUR 100 per hectare, which shows that the profitability continues to be high.

The cause of this year’s drop is the decrease in timber sales revenues. The total sales of timber from private forests last year were EUR 2.3 thousand million, while the sum this year looks like remaining around two thousand million. The decrease is due to smaller logging volumes and lower prices. The share of roundwood of the stumpage revenue from private forests continues to be about 75 percent.

Next year, revenue from private forests will continue to decrease by a few percent, as loggings decrease. Prices, however, are believed to remain at the current level. The PTT forecast also believes that the total cost of forest management will remain the same this year and the next.

At the start of the year, the Metsämiesten Säätiö Foundation instituted the Good Guy/Gal in the Work Community award for forest professionals. The purpose of the award is to honour skilled and motivated people in the forest branch and to increase well-being at work in the branch.

By the end of 2019, about fifty awards, each worth EUR 500, have been granted. Anne Manner, Development Manager at the foundation, stresses that each proposal for the award must be backed by at least five people.

“The award is a happy surprise, and as a rule, it is marked by a specific ceremony at the workplace.  This may actually be more important than the award itself, causing a lot of happy feeling and motivation for the job – and not just for the person awarded.”