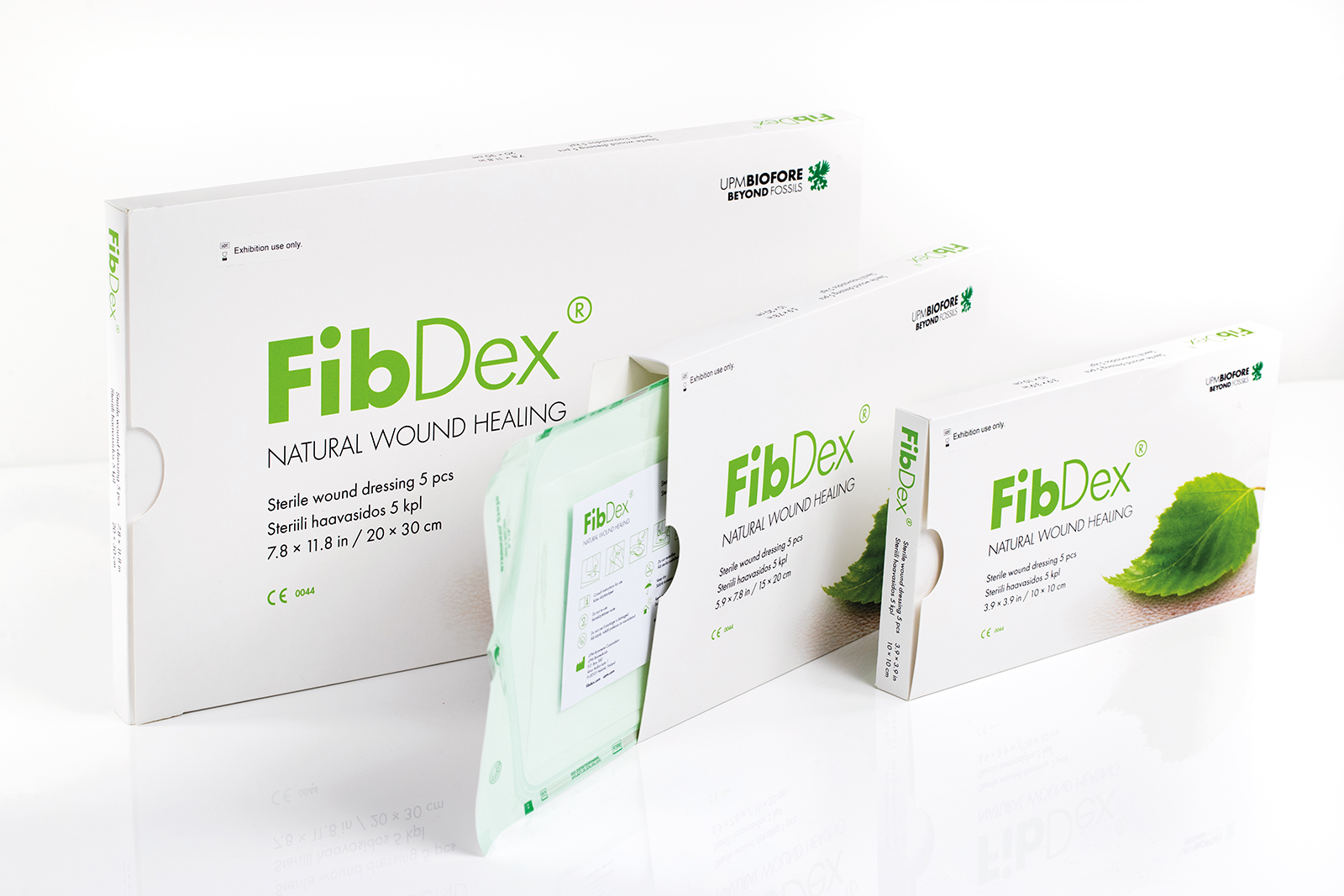 The FibDex wound care dressing by UPM Biomedicals is based on nanocellulose and is made from Finnish birch at UPM’s Lappeenranta mills according to stringent purity and quality requirements.

The dressing is now being commercialised together with Steripolar Oy, a Finnish wholesaler of hospital supplies. Steripolar will manage the marketing and distribution to the health care sector.

FibDex was developed in collaboration with researchers at the Faculty of Pharmacy of the University of Helsinki and the surgeons at the Burn Centre of the Helsinki University Central Hospital. UPM Biomedicals has patented the nanofibrillated cellulose used in the product.

‘Nanocellulose has proved its strength in the development of cell therapies and in clinical applications,’ say Johana Kuncova-Kallio, Director of UPM Biomedicals.

Nanocellulose fibres are smaller than those of ordinary cellulose, down to a thickness of a few nanometres, which is about a hundred thousand times thinner than paper. As a natural material, nanocellulose is highly compatible with human cells and tissues. Rejection does not occur.

FibDex is a gel-like, porous product which maintains an optimal moisture balance. Plastic surgeons have tested its use in skin grafts for burn patients. The dressing placed against the wound need not be changed; instead, it detaches itself after the wound has healed. This prevents the tearing of skin which slows down scar-building, and reduces pain during healing.

Research leading to the development of FibDex began at UPM as early as 2007. It is the first product by UPM to have been approved for the treatment of patients. Previous development work has produced hydrogels for research on pharmaceuticals and cell therapies.

Just over a year ago, the product received CE approval, enabling it to be marketed and sold in the European Union. The process of registering the product with the US Food and Drug Authority (FDA) is under way.

Professor Marjo Yliperttula, in charge of the research at the University of Helsinki, says nanocellulose has amazed the researchers time and time again.

‘In terms of continuing our work it is a major thing that you can use a film made of nanocellulose to carry pharmaceuticals, antibacterial substances or even stem cells. Nanocellulose would also appear to be suitable for the freeze-drying of biological material in biobanks,’ says Yliperttula.

This is remarkable. Has there been consideration to bring this to Canada?

Thanks for your question. So far all these technologies are private property.