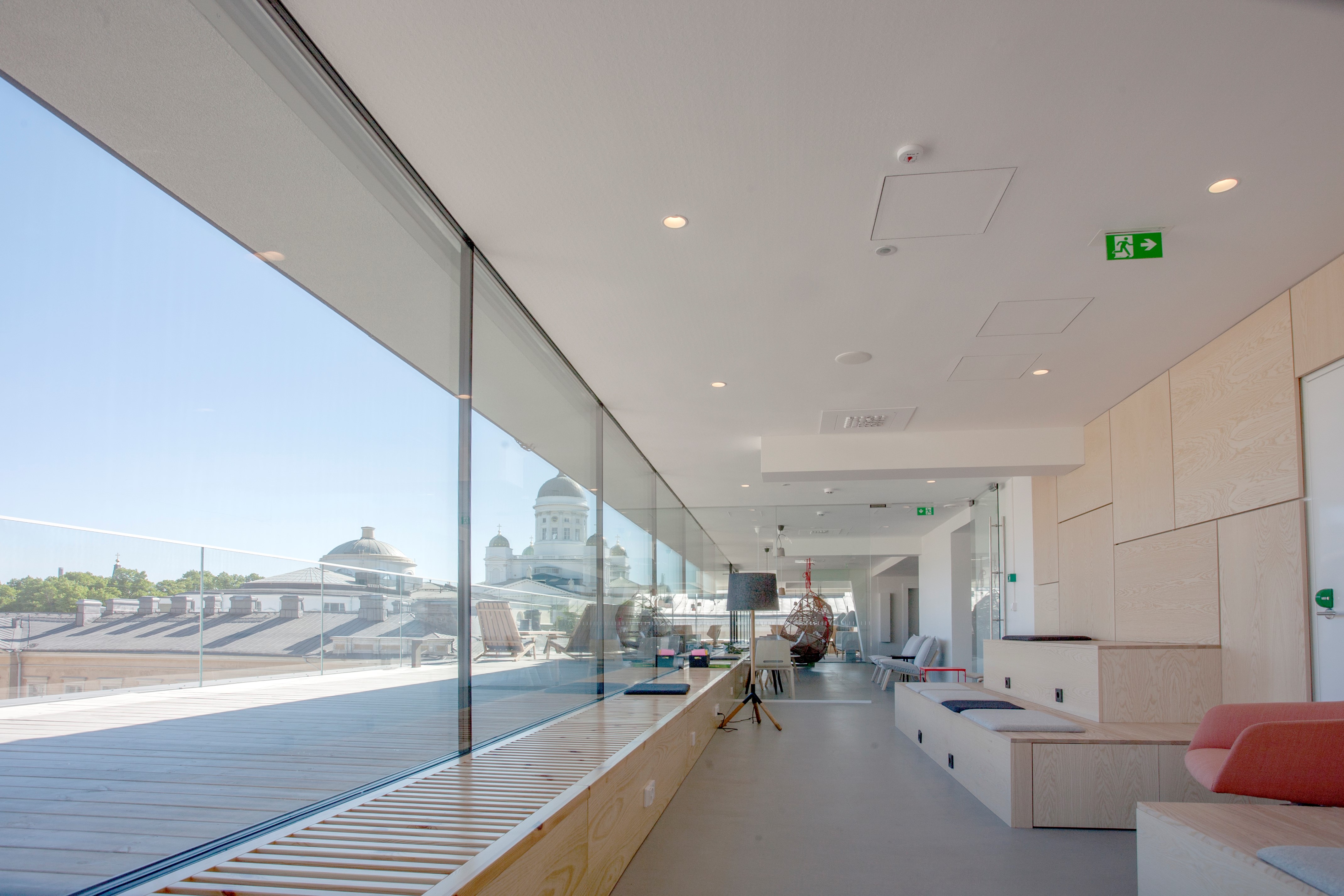 Acoustic surface of Lumir in the inner roof of the building of the University of Helsinki at the Yliopistonkatu street in Helsinki. Photo: Lumir

Finnish company Lumir has developed a way to build acoustic solutions for buildings using wooden materials. The product is a biofibre based spray, which can be injected on the plates attached to the frame of the building. The product does not produce formaldehydes or other hazardous emissions to the inside air.

Marko Makkonen, CEO of the Lumir company says that the product is easier to install than insulation wool. It can be injected for example on the plaster plates on top of building’s joists, in an approximately six millimeter thick layer.

Lumir saves many working phases. There is no need to install insulation wool plates with seamings or putty. Installing can be done with sound absorbing plaster carton plates with holes. A high sound absorbing mass injection is sprayed on top of the plates. In addition, it can be produced in a container at the construction site.

The result is a hard and seamless surface which can be dyed with any color. The injection has been used for example in the renovation of Finland’s Parliament house and in other seamless ceilings of large spaces. It has also been used in renovations of the Finnish National Library and the Prime Minister’s office.

According to Makkonen, there is demand for the product both in Finland and abroad. Export will be started after some more experience from Finland. ”There has been demand from, for example, south-eastern Asia,” says Makkonen.