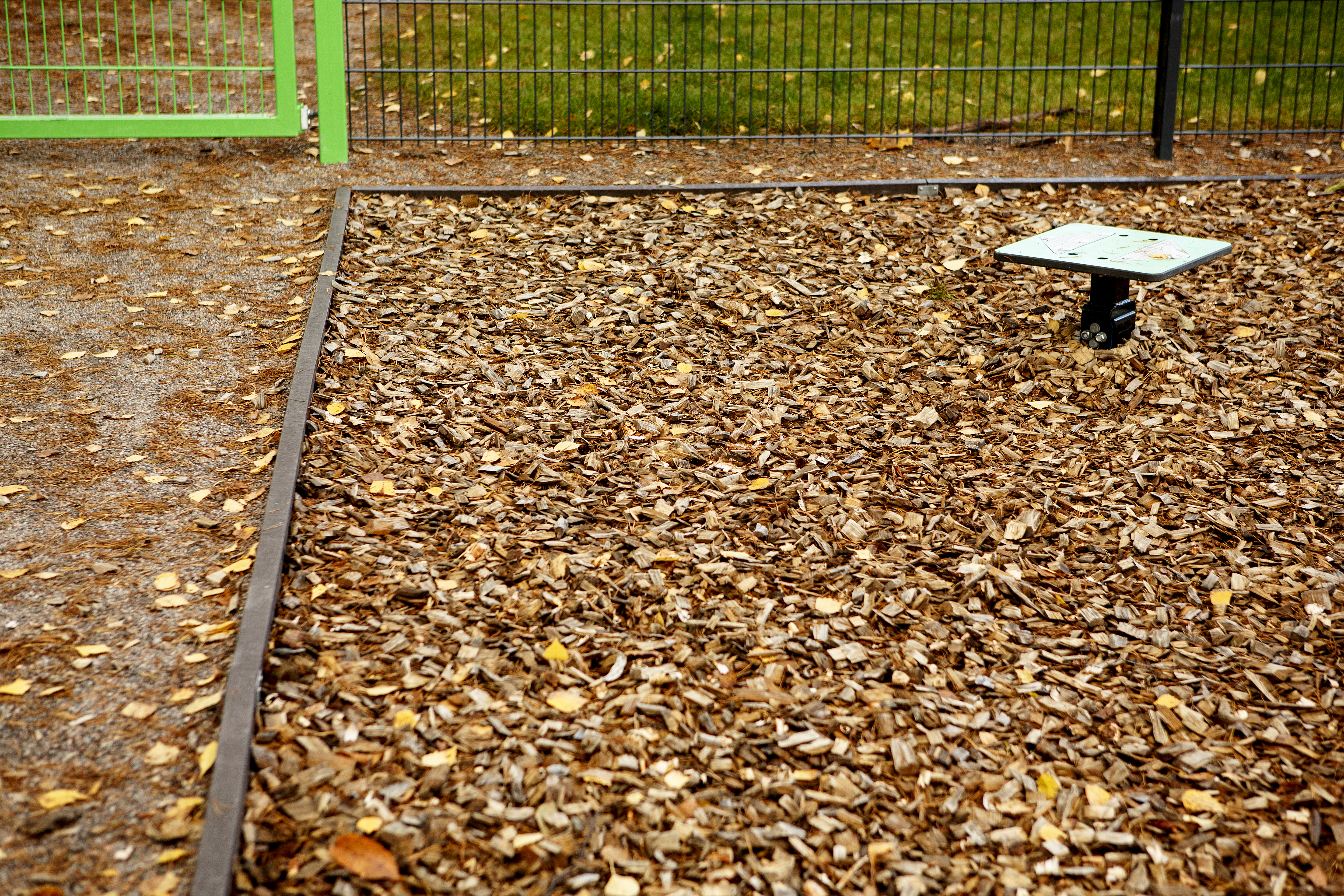 Safe layer is an at least 20 centimetres thick layer of wood chips. It is sufficient for falling from two metres height. Falling from 2-3 metres needs a layer of 40 centimetres. Photo: Kekkilä

The surface layer constructed in children’s play areas to make falling safer if, for example, a child loses the grip on a climbing structure, is called the safe layer. It is traditionally constructed of clean sand or gravel or paving made of synthetic materials.

The Kekkilä company has launched a new layer made of a renewable material: chips from Finnish broadleaved trees. The sources of the material include the branches and trunks of young trees growing at the edges of the company’s production sites, which the company has found difficult to use so far.

The chip layer is elastic and effectively cushions the impact of a fall. It absorbs the energy from falls better than sand or paving and does not cause skin abrasions.
The product has been tested using the Head Injury Criterion (HIC) test. When sufficiently thick, it also meets the safety standards for playground surfaces.

The safe layer compacts only slightly even with hard use. It is not slippery and adults like it because it does not cling to children’s clothes or produce dust even under windy conditions.

The safe layer is easy to spread and is relatively stable, even on sloping surfaces. It normally requires no turning to keep it in condition, and weeds and moss do not grow on it. The only maintenance needed is keeping the layer sufficiently thick.

This ground cover made of debarked broadleave chips can also be used on plantation areas. According to Kekkilä, it is especially suitable for plants that would suffer from the resin in bark or chips from coniferous trees.