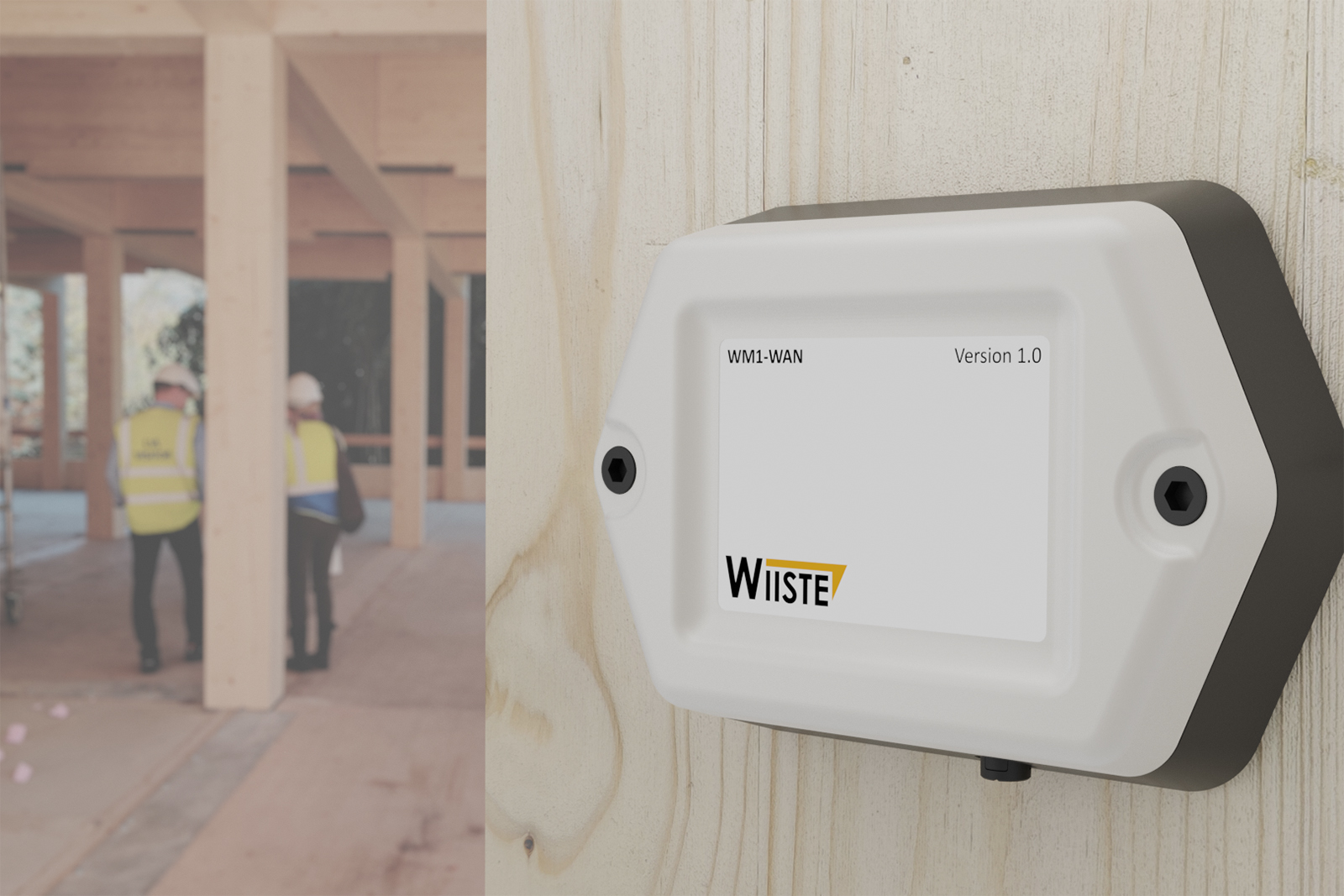 The humidity meter is attached directly on to the wood element with four screws. These are in fact electrodes which measure conductivity inside the element at two depths. Conductivity is used to calculate the internal humidity of the element. Photo: Wiiste

Wiiste, a Finnish company specialising in wireless moisture metering, and forest industry company Stora Enso have collaborated to develop what is probably the only moisture meter in the world that works over the web. Thanks to it, the dryness of a prefabricated wood construction element can be ensured across the entire production chain, including the completed building.

Toni Luopajärvi, Product Development Director of Wiiste, says that the patent for the new solution is pending. As to which countries the patent is sought for has not yet been decided.

The new humidity meter sends humidity data autonomously to a cloud service, and it may then be accessed with a mobile device or a computer. If the humidity of the element exceeds allowable limits, the system generates an alarm.

The device is attached to the element surface, which means it may be installed, removed and relocated as needed. The screws used to attach it cannot be bought in just any DIY shop: they are electrodes which measure the conductivity of the element. This, in turn, enables the calculation of humidity even inside the element at two different depths.

The data collected by the device also makes it possible to determine the point in time when the element is likely to have been exposed to humidity – whether during manufacturing, transport, storage, construction or after the building was completed.

The difference to current measurement methods is significant. Manual measuring is no longer needed, but even more importantly, discrete measurements are replaced by continuous monitoring.

‘This means that any problems may be addressed even before actual damage has occurred. This will bring considerable savings,’ says Luopajärvi.

Projects where the solution has been piloted include the Wood City 2 project in Jätkäsaari, Helsinki, and a construction project of the BOKU University in Vienna, Austria. Devices are also about to be delivered to Britain and Australia.

It is expected that the principal sector interested in the device will be actors interested in the humidity measurement of prefabricated elements, such as massive CLT elements and LVL elements, for wooden tower blocks in all parts of the world. The device can also be used by log house manufacturers.