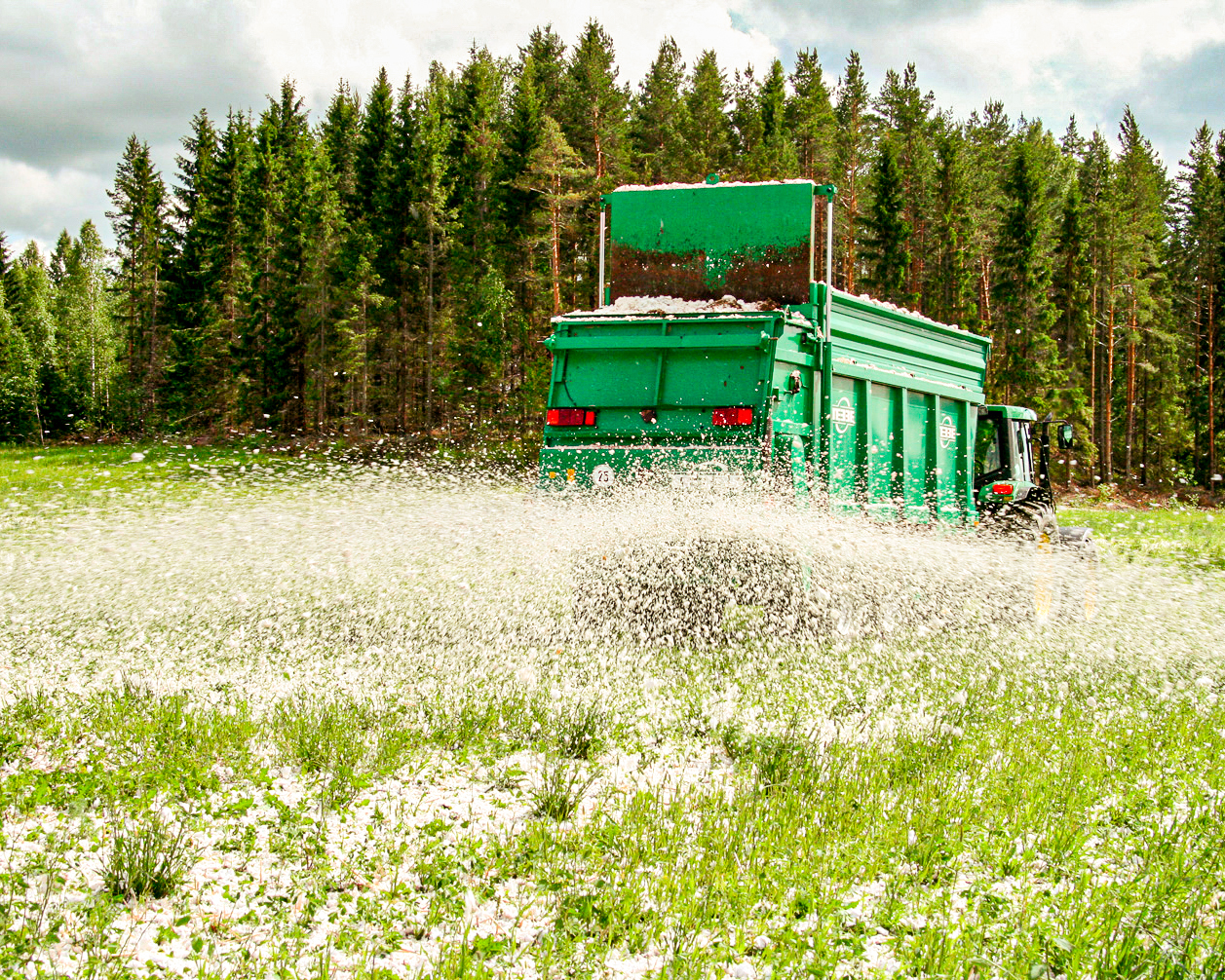 Soilfood soil conditioner is being spread on a field. Photo: Soilfood

Mondi Powerflute and Soilfood have agreed on a collaboration to process a fibre-rich sidestream from Mondi’s Kuopio mill into a soil conditioner. The operation is to begin at the start of 2021.

The sidestream in question consists of a fibre sludge that the forest industry has no use for and that has traditionally been burned to generate bioenergy or composted. Until now, the sludge from the Kuopio mill has been delivered to Fortum, which has used it for landscaping, among other purposes.

The main component of the fibre sludge is something called zero fibre, which is too short to be used in paperboard production. Making it useful for agriculture creates a win-win situation: the mill gains a reliable and comprehensive service for managing its sidestream and farmers are able to improve their fields. At the same time, carbon dioxide emissions are reduced and carbon is sequestered in agricultural land.

The fibre improves soil structure by improving its hydrology. This gives the field a better resistance to extreme weather conditions, whether droughts or excessive rains, says Olli Lehtovaara, Director of Industrial Services at Soilfood.

‘A single treatment adds about 5,000 kilos of organic carbon per hectare of agricultural land. About 40 percent of this remains in the soil for several years, supporting its carbon sequestration capability,’ says Lehtovaara.

‘The soil conditioner fibres effectively reduce the leaching of soil and phosphorus from fields into waterways for several years after a treatment,’ Lehtovaara continues. Studies made by Natural Resources Institute Finland found that during the first two years, the turbidity of runoff from agricultural fields decreased by 74–77 percent and even in the third year, by 40 percent.

Juha Koukka, CEO of Mondi Powerflute, says that Mondi mills in different countries have found varying uses for fibre sludges, but that this is the first time a sludge is used for precisely this type of soil conditioning.

Soilfood has also processed sidestreams from other forest industry companies, including Stora Enso and Kotkamills. Before the agreement with Mondi Powerflute, the volume of Soilfood̈́’s annual deliveries of soil conditioners to its agricultural customers came up to several tens of thousands of tonnes, sufficient for about 1,500 hectares of agricultural land.

Soilfood is further expanding its activity to Sweden, where operations should begin next year.