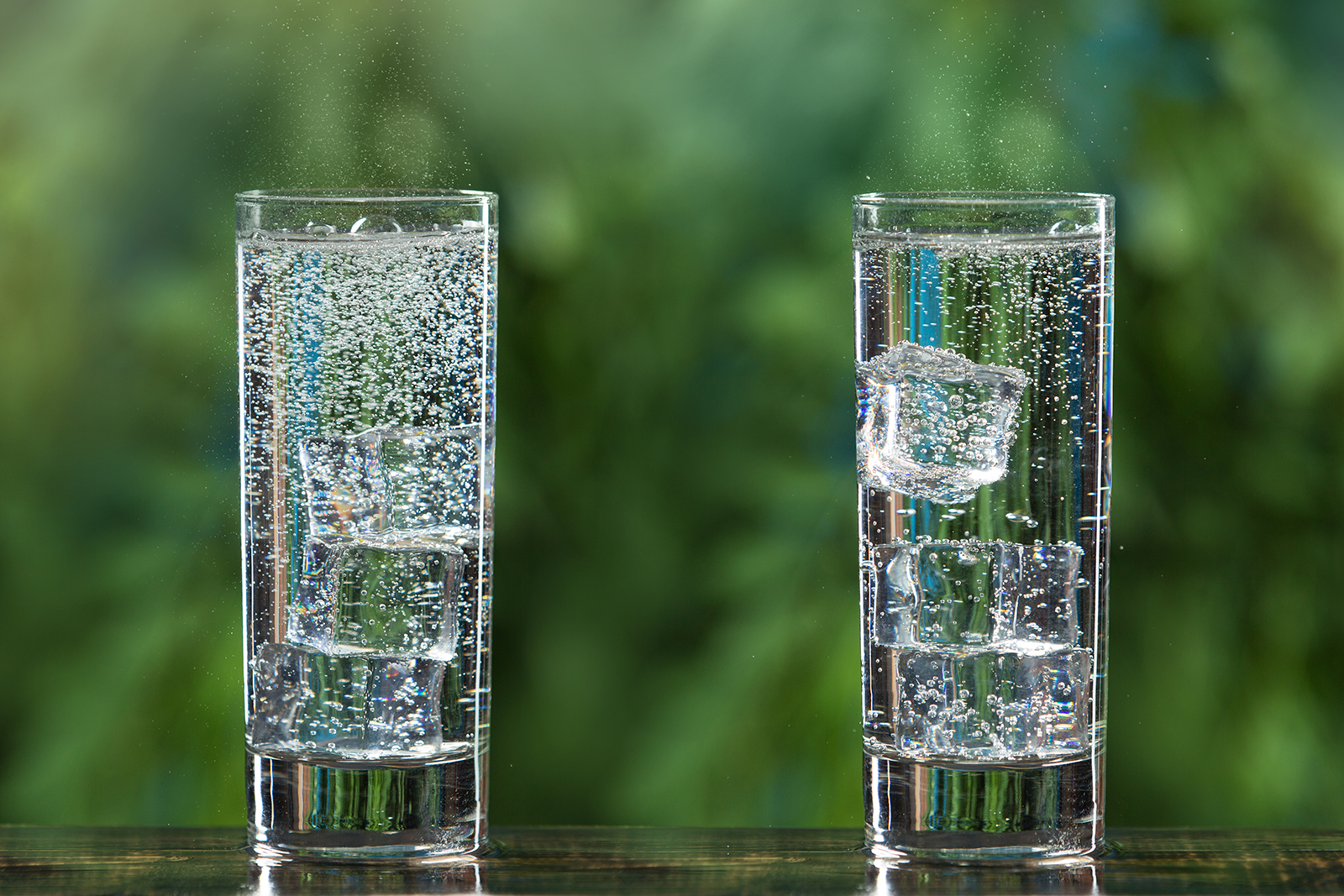 We listed four very different innovations where wood replaces fossil raw materials. Wood can be used in wound dressings, rechargeable batteries and even road paving. Yet the most unexpected use might be the body of a household appliance.

1. Wood composite can be used in small kitchen appliances

Finnish company Mysoda has taken a great leap towards a carbon neutral world by introducing the first household appliance made of wood-based plastic. The Mysoda Woody soda maker imparts a mild scent of wood in the kitchen, as well as a feel of wood: wood fibres are faintly visible in the appliance’s body.

The soda maker, brought to retail shops in several European countries in October, is made of a biocomposite. That, in turn, is made of wood fibre and bionaphtha produced from tall oil, a sidestream of pulp production.

The other ingredients in the material are also derived from forest industry sidestreams, which means that the manufacturing does not necessarily increase timber harvesting.

The properties of the biocomposite used in making the appliance body are similar to those of fossil plastics. It can be worked with the same technologies and moulds, and a prerequisite in the design was that the material should be suitable for injection moulding.

The UPM Formi EcoAce biocomposite used in the soda maker body is produced by UPM Biocomposites. Director Ralf Ponicki specifically mentions the durability and small carbon footprint of the material.

‘It is up to 50–70 percent smaller than with fossil plastics, depending on the method of comparison,’ says Ponicki.

The soda maker is only the beginning. According to Statista.com, a website focusing on consumer and market data, 715 million small kitchen appliances will be sold in Europe in 2025.

David Solomon, CEO of Mysoda, estimates that this year’s figure will be 640 million, most of which will have been manufactured of fossil plastics.

Solomon hopes that other manufacturers of household appliances will follow the example set by Mysoda.

2. Wood is finding its way to rechargeable batteries

Stora Enso has made great strides in producing wood-based materials for rechargeable batteries. The company is constructing a pilot plant at its Sunila pulp mill site in southern Finland to make battery materials from the dry lignin produced by the mill.

The EUR 10 million investment will be operative in early 2021. The pilot plant aims at producing a completely bio-based, non-toxic and ultimately also a more effective alternative for the fossil graphite used in rechargeable and other batteries.

The pilot plant offers graphite users the opportunity of testing the new material in their products. Further research on the material, however, has even more ambitious objectives: to develop a battery that can be charged and recharged more rapidly and is more powerful. Success in this would mean that fewer batteries would be needed to store the same amount of electricity.

Compared to the forest industry’s potential for producing lignin, use of graphite is extensive. Lignin from the Sunila mill alone would be enough to make batteries for about 200,000 electric cars a year.

‘That would be a significant volume. And rechargeable batteries have other uses as well,’ says Lauri Lehtonen, Head of Innovation (Biomaterials) at Stora Enso.

The global market for rechargeable batteries is expected to grow tenfold in five years. The potential growth of demand for the material is on a unique level in the entire history of the forest industry.

Lignin can also satisfy this growth in demand: it is the second-most common macromolecule in nature, bested only by cellulose, it is found in all plants and so far is very little used in industry. Since it is made from black liquor, a byproduct of pulp manufacturing, it does not directly increase the use of wood.

Graphite is a fossil raw material quarried in mines. In addition to rechargeable batteries, it is used in electric motors, as lubricant, in nuclear reactors and pencils. The graphite in batteries is actually often synthetic, but even in that case it is made of a byproduct of fossil oil production, which is becoming scarcer and is relatively difficult to process.

UPM Biomedicals has developed a nanocellulose-based wound dressing called FibDex. It is made from Finnish birch at UPM’s Lappeenranta site in south-eastern Finland. The dressing is being brought to market with Steripolar, a Finnish hospital supplies wholesaler.

The fibres in nanocellulose are smaller than in ordinary cellulose, down to a thickness of a couple of nanometres, which is about one hundred thousandth of the thickness of paper. A dressing made of nanocellulose is compatible with human cells and tissues, and no rejection occurs.

The dressing, made from birch pulp, was developed by UPM Biomedicals together with researchers at the Faculty of Pharmacy at the University of Helsinki and the surgeons at the Burn Centre of the Helsinki University Central Hospital.

UPM Biomedicals has patented the nanofibrillated cellulose used in the product. The product has received the CE approval of the European Union, and it is in the process of being registered by the US Food and Drug Authority.

FibDex is a gel-like, porous product. A FibDex dressing placed on the wound need not be changed, and it will detach itself after the wound has healed. This eliminates the tearing of skin which slows down scar-building, and reduces pain during healing.

FibDex is the first product by UPM to have been approved for patient care. Previously, the development work has produced gels used for research on pharmaceuticals and cell therapies.

A new method of road maintenance is being tested in Finland, involving the stabilising of gravel roads with a binding agent based on lignosulphonate. Lignosulphonate is made of lignin, the substance keeping wood fibres together and a byproduct in pulp manufacturing. About 20–30 percent of the weight of wood consists of lignin.

‘On the road surface, lignosulphonate works as a binding agent and causes the crushed stones to bond together,’ says Site Manager Olli-Pekka Kurki from YIT, the construction company testing the product.

Kurki stresses that what is being tested is a maintenance method. The new material is not an alternative to roads paved with asphalt.

The lignosulphonate-based binding agent improves the surface of gravel roads and reduces frost damage on the surface. Roads treated with the product can be maintained in the normal way by levelling or adding crushed stone.

After cellulose, lignin is the most common macromolecule in the world. It can be used to manufacture xylitol and vanillin, among other things. Lignosulphonates are also used as binding agents in adhesives and resins, and as plasticizers for concrete.

Lignosulphonate extends road surface life by several years. Compared to other stabilizers, the carbon emissions caused by lignosulphonate are much smaller and it also acts as carbon storage, being a binding agent of wood fibres.

The product has been piloted on roads between the Heinävesi and Juankoski municipalities in eastern Finland.

2 comments on “What do soda makers and gravel roads have in common? Both can now be made of wood”

Surprising, how much forest innovation in the Nordic region!