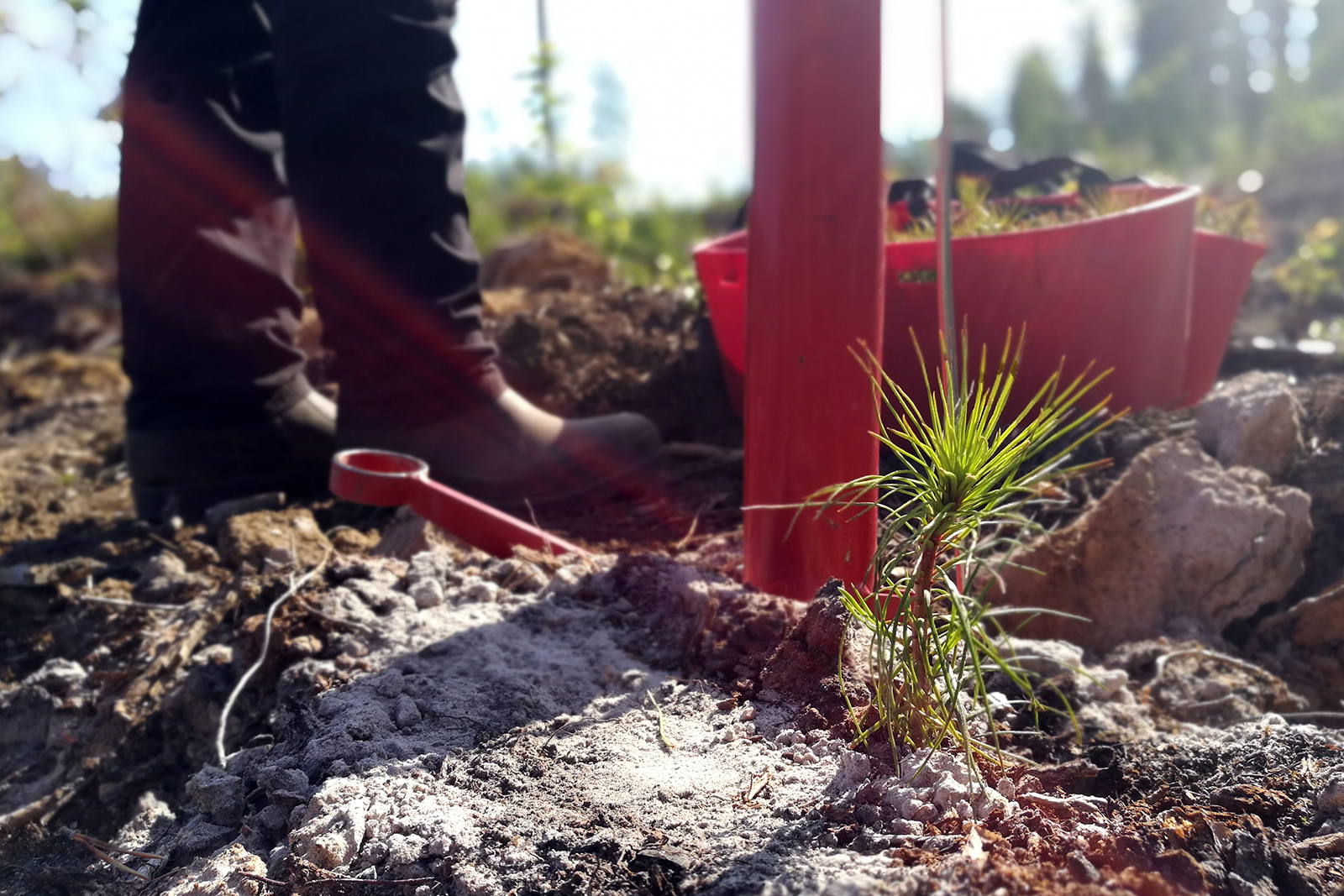 After a mature tree is felled, it is replaced by four or even five seedlings. Photo: Anna Kauppi

Every year in Finland, 150 million trees are planted. This year, the COVID-19 pandemic has compelled the forest industry to prepare for a shortage of labour.

Every spring and early summer, the number of foreign seasonal workers typically employed in the forest sector is between 1,500–2,000. They work in tree planting, at nurseries and in tending seedling stands. As the pandemic began to affect labour mobility, there was a fear that tree seedlings would be stuck at nurseries.

“As regards forestry, the situation seems to be under control,” is the opinion of Marko Mäki-Hakola, Director of Business Development at the Central Union of Agricultural Producers and Forest Owners (MTK).

“People currently without a job have applied directly to forestry operators for seasonal jobs, and many forest owners are planning to do the planting themselves,” Mäki-Hakola says.

The Government has promised the entry of 1,500 foreign seasonal workers in primary production, and Mäki-Hakola knows some of them will work in forestry. In terms of the security of supply, planting and sowing in forestry are regarded as tasks either acute or critical for the functioning of the sector.

This week, the Government increased the number of seasonal workers allowed into Finland from outside the European Union to 4,500. In addition, citizens of EU member states will be allowed to enter Finland for agricultural work as of 14 May, as restrictions on work-related travel are lifted.

Phone calls to major forest companies in Finland confirm that arrangements for the important planting season in the next few weeks are well in hand.

“We have a good supply of workers for planting. The forestry service companies who work for us were able to prepare ahead of time, and they have recruited young people, among others,” says Pasi Arkko, Production Manager at Metsä Group.

Arkko says that another source of extra labour are forestry machine contractors. As there is not much work in harvesting right now, harvesters and forestry tractors are idle and many operators have sought work in planting instead.

The majority of seedlings in Finland are planted manually with the Pottiputki tool. Experienced workers are said to be able to plant a thousand seedlings a day, and even amateurs may reach five hundred on a good day. The most common species planted in Finland is the Norway spruce: 1,800 seedlings can be planted per hectare.

Training over the net

Machine contractors are hoping that the exceptional conditions during the spring will also boost the popularity of mechanical planting. At the moment, only a few percent of the seedlings are planted mechanically.

“There are no technological barriers to increasing the use of machines in planting, but  it does require reorganisation of work and seedling production,” says Jari Vento, Chair of the Forest Improvement Committee at Koneyrittäjien liitto, the federation of machine contractors, in a press release in April.

The UPM company has already adopted new ways of working: the planting required by the company is contracted to a franchising chain that specialises in the sales and delivery of forestry services.

“The share of domestic labour in the chain is high, and we would have been able to deliver all work even if the borders had not been opened for foreign labour. The biggest change concerns the organisation of training. We have provided digital instruction on how to encounter the customer, among other things,” says Timo Niemelä, Manager of Franchising at UPM.

Better use of resources through autumn cultivation

Statistics on the number of seedlings delivered from Finnish nurseries are kept by the Finnish Food Authority. In the past ten years the average figure has been 150 million seedlings, but in 2019, for example, it came up to nearly 175 million.

Heikki Savolainen, Director of Silviculture at Metsähallitus Forestry Ltd, points out that not all of these seedlings are planted before midsummer.

“About one quarter of the areas planted annually by Metsähallitus are planted in the autumn. This provides a more even use of resources both in the forest and at the nurseries,” Savolainen says.

Savolainen says that the COVID-19 pandemic has had some effect on the agreements made with forest service companies. Not every company has felt able to promise a sufficient supply of labour in the event that planters cannot be recruited from Ukraine or the Baltic republics this year.

In the north of Finland, Metsähallitus employs a couple of hundred young people in planting. Weather-wise, planting can well be undertaken in the south by now, but in the northern parts the young people will have to wait for another month or so.

“There’s still about one metre of snow up there,” Savolainen says.

I’m a former Canadian living in tropical Australia and am always thrilled to read about Finland’s commitment to the forests. Brilliant!!

Terve Anna, very nice article, please keep doing so also in future. Interesting in this respect would also be (in a comparable article to come) what “Finnish forest industry” says to/against environmental activists’ statement that with planting seedlings from nurseries the genetic diversity of boreal forests gets narrower and narrower in a negative way as to shrinking resilience etc.pp…. Best greetings, Magnus Deinzer, Sustainability, Stora Enso